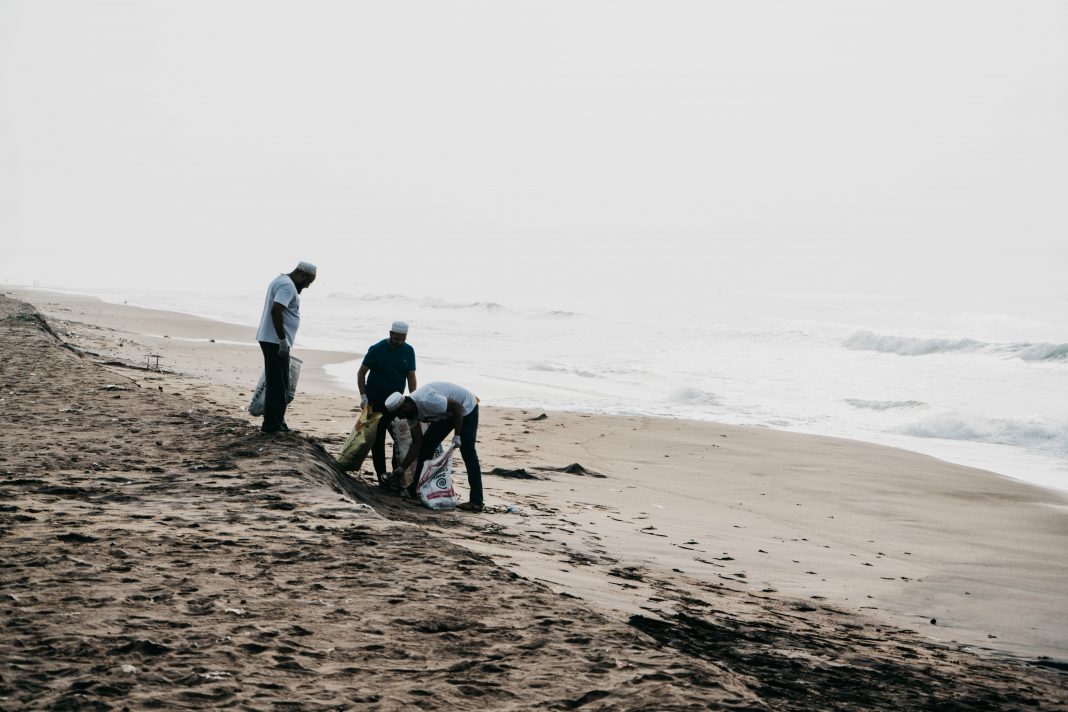 The Greater Visakhapatnam Municipal Corporation (GVMC) called on all citizens to attend a large-scale Beach clean-up drive stretching from RK Beach to Bheemli. The stretch was nearly 30 kilometres long and dotted with 40 collection points at different locations. The GVMC collaborated with Parley for the Oceans, a non-profit environmental organisation, for this drive. Nearly 22,000 people participated in the event and collected around 76 tonnes of waste and other discarded items.

170 volunteers from the Dawoodi Bohra community took part in this clean-up drive which was touted as one of the largest single-day beach clean-up events ever to be held. The event was graced by dignitaries such as the Chief Minister of Andhra Pradesh, Shri YS Jagan Mohan Reddy, IT Minister Shri Gudivada Amarnath, founder of Parley for the Oceans Cyrill Gutsch, the Mayor and GVMC Commissioner of Visakhapatnam among other dignitaries.

23 year old Nisreen Tambawala reflected on the experience saying, ‘When we started the clean-up, I was stunned by the amount of plastic straws, spoons, cups, bottles and other items that were so casually strewn all about. 15 minutes into the clean-up and half my gunny bag was already filled and that too within a short radius. I came to realise that since we are the ones who caused this mess, we need to take more ownership of our actions.’ Arwa Yusuf Johar, a businesswoman, seconded the thought saying littering should be stopped by taking more social responsibility. ‘If our aim is to keep our surroundings clean, then we should also make an effort to politely inform those we see littering to use a bin rather than the road or a beach.’

Founder of Parley for the Oceans Cyrill Gutsch shared his experiences about converting plastic into reusable everyday items. He said that nearly 70% of the world’s oxygen is produced from the oceans, hence it is vital to keep them clean and free from man-made anomalies.

Mustafa Marfatia, another community volunteer said, ‘Mr Gutsch’s speech for the Oceans was inspiring. He was optimistic that if concerted efforts were to be taken, peninsular India could realise the ambition of becoming a plastic-free zone. You could call this clean-up another step in the right direction.’

Akil Raja, a community organiser shared his experience saying, ‘I felt happy that I have done my part for the environment and my city. This experience will remain etched in my mind and will hopefully remain an inspiration to many.’Community volunteers organised themselves at one of the 40 locations and collected more than 2 tonnes of waste materials that included glass, styrofoam, fabric, plastic, etc. This outreach was part of Project Rise, the Dawoodi Bohra community’s global philanthropic arm, which looks to make meaningful interventions across different focus areas in concert with the United Nations’ Sustainable Development Goals.

The photographs in this post are courtesy of Huzefa Mandsaurwala.