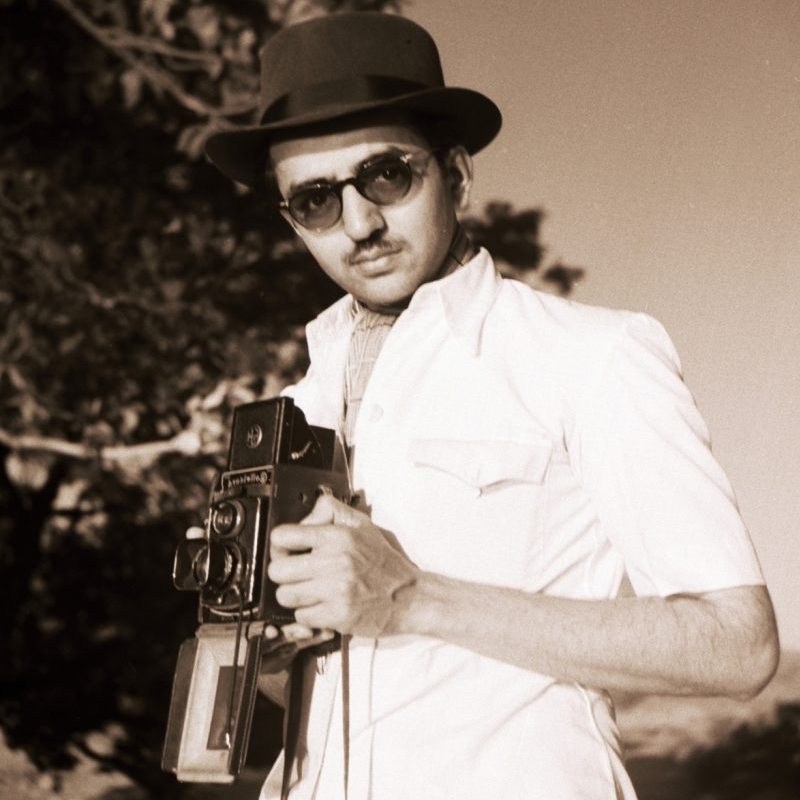 Islamic traditions encourage Muslims to learn new skills and achieve proficiency in them. Imam Ali bin Abi Talib states: ‘Each man’s worth is [determined by] what he does well.’ Drawing inspiration from these teachings, members of the Dawoodi Bohra community continue to excel not just in business, but in various other fields.

Mazher Master (1920-1977) is an example of how community artists have also made their mark. Even before photography was considered a full time occupation, Mazher diligently pursued his passion and with time grew in scope and stature. His story is about the dreams and aspirations of a 20th century photographer, who had the eye to see things differently.

While my grandfather and uncle pursued the business overseas… My father took up photography with a fierce passion seeking nature through this expressive medium. He was introduced to it early in life through his childhood friend’s father, who was the official photographer for the royal family of the Nawab.

More than 600 images from Mazher’s archive will join the Royal Ontario Museum’s (Toronto, Canada) collection to be made public and to preserve Master’s legacy as a photographer for generations to come.

Dr Deepali Dewan is the Dan Mishra Senior Curator of South Asian Art & Culture at the Royal Ontario Museum. Commenting on the old photography master, she reflects: ‘Mazher Master is an important under-recognized photographer of the mid-20th century from the South Asian subcontinent… Working mostly in black and white, his photographs are distinguished by a certain use of sunlight in the early morning or just at sunset when the shadows were long… He approached his subjects--whether rural or urban, human or non-human--with a sense of their grandeur, highlighting the wrinkles of the skin, the shape of earthen pots, the geometry of a train’s wheels, or the shine of a new natural gas pipeline. In many ways, Master’s photographs capture the transition between old and new worlds, self and collective identities, and shifting political borders and its related migrations of people that resulted in a world in rapid transformation…’

In this video interview, Mustafa Master speaks to us about the life and times of his father; an inspirational figure to many, particularly contemporary photography enthusiasts from the community.

Below is a subject-wise exhibit of select photographs from Mazher’s vast body of work, acquired courtesy Mustafa Master.