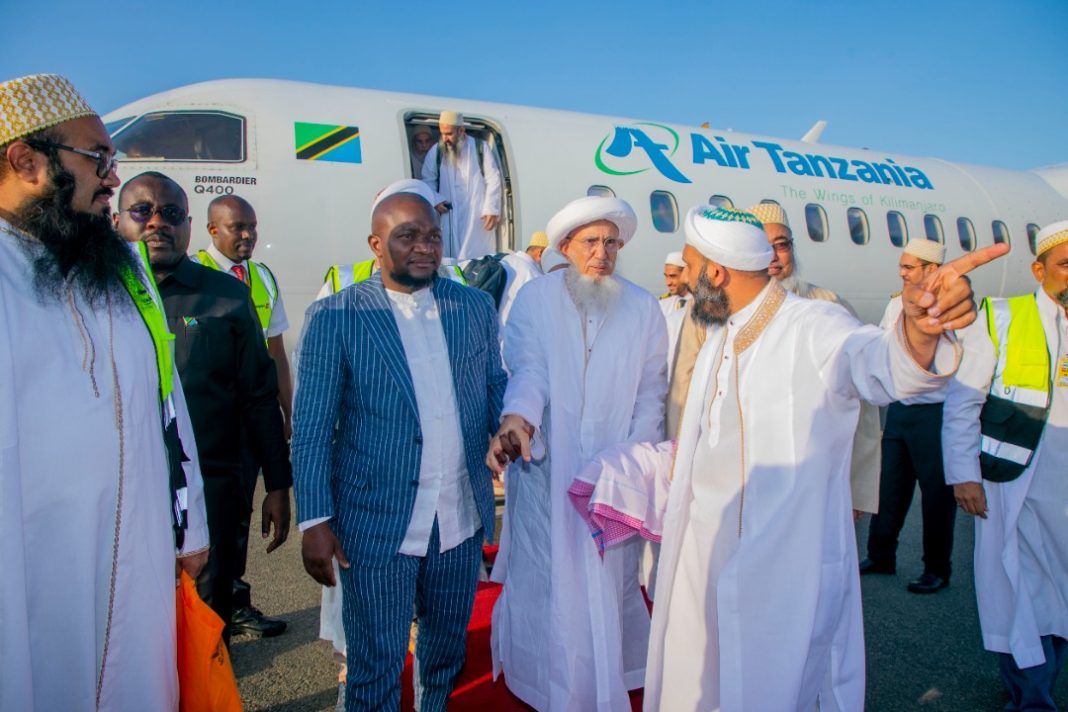 His Holiness Syedna Mufaddal Saifuddin arrived in Dar es Salam, Tanzania, on the 16th of June 2022. He was received at the airport by the Minister of Culture, Arts and Sports, Honourable Mohamed Mchengerwa and the Permanent Secretary of the Ministry, Dr Hassan Abbasi. The Minister greeted His Holiness on behalf of the President, Her Excellency Samia Suluhu and conveyed her message that Tanzania was prepared to host the annual Muharram sermons should Syedna choose Dar es Salam as the host city.

On the 30th of June, the Indian High commissioner Mr Binaya Srikanta Pradhan called on His Holiness at his residence. The following day, His Holiness visited the State House in Kivukoni to meet with The President of Tanzania, Her Excellency, Mama Samia Suluhu Hassan who reiterated her invitation for him to conduct the Muharram sermons in Dar es Salaam.

The same day His Holiness departed for Zanzibar by ferry. On his arrival there, he was received by the Minister of Tourism and Heritage, Honorable Simai Mohammed Said accompanied by the Director General of Ports, Mr Nahad Mafuz and Commissioner of Tourism, Mr Javed Jafferji.

His Holiness inaugurated a renovated masjid and interacted with community members in a sermon where he counseled them on the importance of being growth-driven in both their individual and commercial pursuits.

On the 2nd of July, His Holiness met with the President of Zanzibar and Chairman of the Revolutionary Council, His Excellency Hussein Ali Hasan Mwinyi. The President expressed his pleasure at His Holiness’ visit and welcomed him to the island. He went on to praise the community’s conduct saying that, ‘They are a patriotic and law-abiding citizenry and lead a peaceful life.’ The two leaders went on to discuss how community members could explore more business opportunities in Zanzibar.

On the 4th of July, His Holiness traveled to Tanga and was received there by its Regional Commissioner, Honorable Adam Kighoma Malima and the Mayor, Mr Omari Guledi.

Throughout his stay, he advised community members to be enterprising and become active contributors to the nation’s overall development. Whilst in Tanga, he also commemorated the festive occasion of Eid al-Adha.

Tanzania has been home to the Dawoodi Bohra community since the 18th century when community members migrated from the state of Gujarat to explore better opportunities in the region.