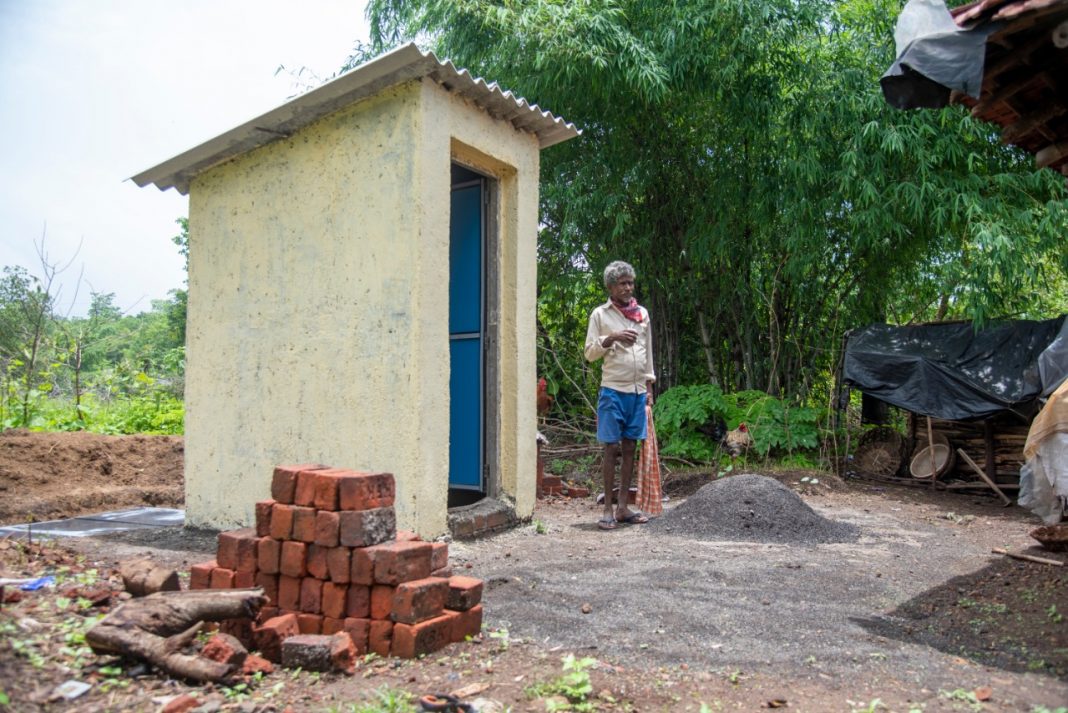 We live in an age defined by technological advancement. But despite such progress, there are still millions of people who cannot avail the most basic resources and essential facilities on a day-to-day basis.

According to WHO 1.7 billion people still lack access to basic sanitation facilities, such as private toilets or latrines, of whom 494 million still defecate out in the open. Lack of toilets and access to clean water has cascading effects on these communities. It adversely impacts their physical and mental health while giving rise to various long term socio economic problems.

Governmental and non-governmental organisations alike have been working hard to strengthen sanitation systems in India and have made promising progress. UNICEF, India reports: ‘In 2015, nearly half of India’s population of around 568 million people suffered the indignity of defecating in fields, forests, bodies of water, or other public spaces due to lack of access to toilets. By 2019, according to the latest estimates, the number of people without access to toilets has reduced significantly by an estimated 450 million people.’

The Dawoodi Bohra community’s Project Rise initiative advocates for access to clean water and sanitation facilities and has been making efforts to support the goal of an open-defecation free India.

In June 2021, Project Rise joined hands with the Deputy Superintendent of Maharashtra Police and social activist, Mr Avinash Dharmadhikari to make a positive sanitation intervention in Dahe, a village in the Palghar region of Maharashtra and built 11 toilets catering to nearly 130 people.

‘It was two years ago that I visited this village in association with an NGO. I came to know that the people in this village had been open-defecating all their lives and did not have any proper sanitation facilities,’ said Avinash; continuing, ‘I approached Project Rise about this situation, who immediately agreed to contribute and within eight months had constructed 11 toilets in the village.’

Sachin Pachalkar, a village resident and volunteer said, ‘Prior to the building of toilets, the villagers were extremely distressed with sanitation woes. The rainy seasons were a particular burden for women and young children.’ Reflecting on the positive impact of this initiative, he continued, ‘arlier, the monsoon seasons would entail water-borne diseases. However, since the past year, that has changed. Most importantly, the villagers are happy and satisfied with this intervention.’

UNICEF directly correlates lack of adequate sanitation with adverse impacts on a child’s overall development. ‘Poor sanitation puts children at risk of childhood diseases and malnutrition that can impact their overall development, learning and later in life, economic opportunities,’’ says one article. It goes on to state: ‘Lack of sanitation can be a barrier to individual prosperity and sustainable development.’ 10 year old student Sandeep Bhochal reflected on the change brought in his life by the building of toilets saying, ‘Since the day the toilet has been made, I have never missed school.’

Yusuf Hakimuddin, one of the directors of Project Rise, said, ‘When we first met families here, we were astonished that the village has never had a single toilet. We decided to solve their problems of open defecation by providing access to adequate sanitation facilities.’

Besides building toilets, community women also arranged a programme to counsel and interact with women and young girls on the importance of maintaining hygiene along with the regular upkeep of the sanitation facilities.

Project Rise is an umbrella initiative by the worldwide Dawoodi Bohra community that looks to make impactful interventions for the benefit of society. It does this in concert with initiatives such as Swachh Bharat and the United Nations Sustainable Development Goal 6 of ensuring access to water and sanitation for all.