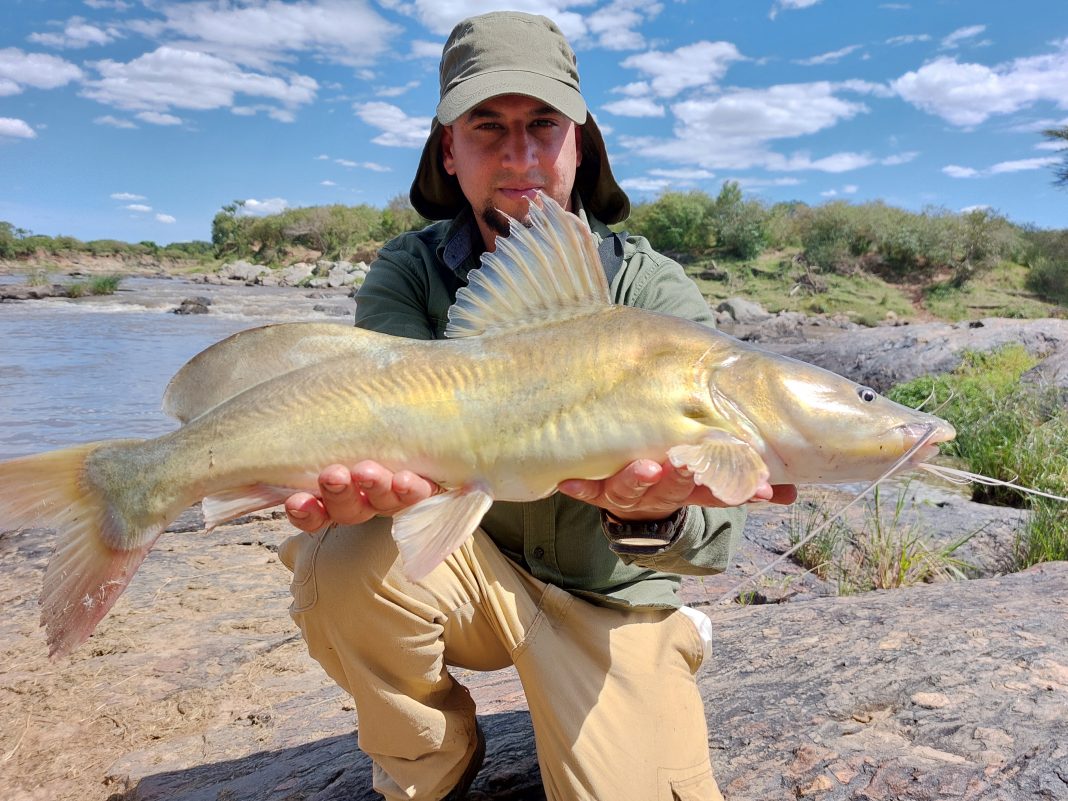 Mufaddal Alibhai is a sport fisherman turned conservationist and researcher who is on a mission to accurately document fish across East Africa. He is a research associate at the National Museums of Kenya where he has donated unique species of fish to the ichthyology section for further scientific research. He has also engaged extensively with the Kenya Wildlife Service among other state corporations in an attempt to educate people about aquatic species and fish conservation. With his efforts, he hopes to see a future of clean rivers with an abundance of fish, healthy communities and conscious progress where development does not compromise our environment. In this blog piece, he shares his knowledge and experience regarding aquatic ecosystems and the importance of conserving it.

On World Oceans Day, I would like to take you on a journey beneath the waves to look at the most diverse, incredible, ecologically important yet greatly neglected species on our planet… FISH!

Unfortunately, they are neglected, hidden below the reflection of water, away from our sight and disappearing every second of every day owing to the release of raw sewage, chemical waste, plastic, metal and a myriad of other waste dumped directly into our precious waterways.

Fish are bio-indicators of nature, the presence of particular fish tells us how healthy a water source is. Some fish such as catfish are hardy, others such as barbs not quite so, because they require clean, oxygenated water to survive. Their disappearance is detrimental to aquatic ecosystems which lose balance and it tells us that the water is now poisonous for every animal dependent on it, including us humans.

In the name of modernisation and development, we have poisoned our streams, rivers, dams, lakes and underground water sources, killing life in our greed to succeed and inescapably killing ourselves in the process.

Water, in its various forms – from the trickle at the tip of the mountain to the streams passing our cities; from the meandering rivers traversing our national parks to the grand ocean where it comes to rest – is an indispensable part of our existence. It is vital to protect every drop of water, as the pollution we visually see and smell, negatively affects life far beyond our sight and scent.

I am on a mission to accurately document fish across East Africa; taking some of the first modern pictures of wild fish species, updating ichthyology (fish) books and arousing the public’s interest to consider fish not merely as a source of food but as species to be protected. I aim to educate our youth and inform governments on the importance of wild fish and the desperate action needed to restore all our waterways.

One of the most effective ways I have found to get people engaged and inspired is to educate them about the wondrous natures of these fish and the complex and intricate processes they follow to reproduce and survive. For instance, did you know we have freshwater eels in Kenya? They are the most elusive freshwater species with the most secretive life cycles. So secretive in fact that no one has ever seen them breed. It is thought that African freshwater eel species breed out in the Indian Ocean somewhere near Madagascar. They drift and swim towards estuaries in Kenya, enter rivers and migrate deep inland where they hunt, metamorphosize and grow into large eels gaining immense strength to eventually return back to sea.

In Kenya alone we have well over 200 freshwater fish species, of which over 15 are endemic (found nowhere else on earth). Each species has unique features, a kaleidoscope of colors, incredible adaptations, mind blowing life cycles and play important roles in every ecosystem they are found within.