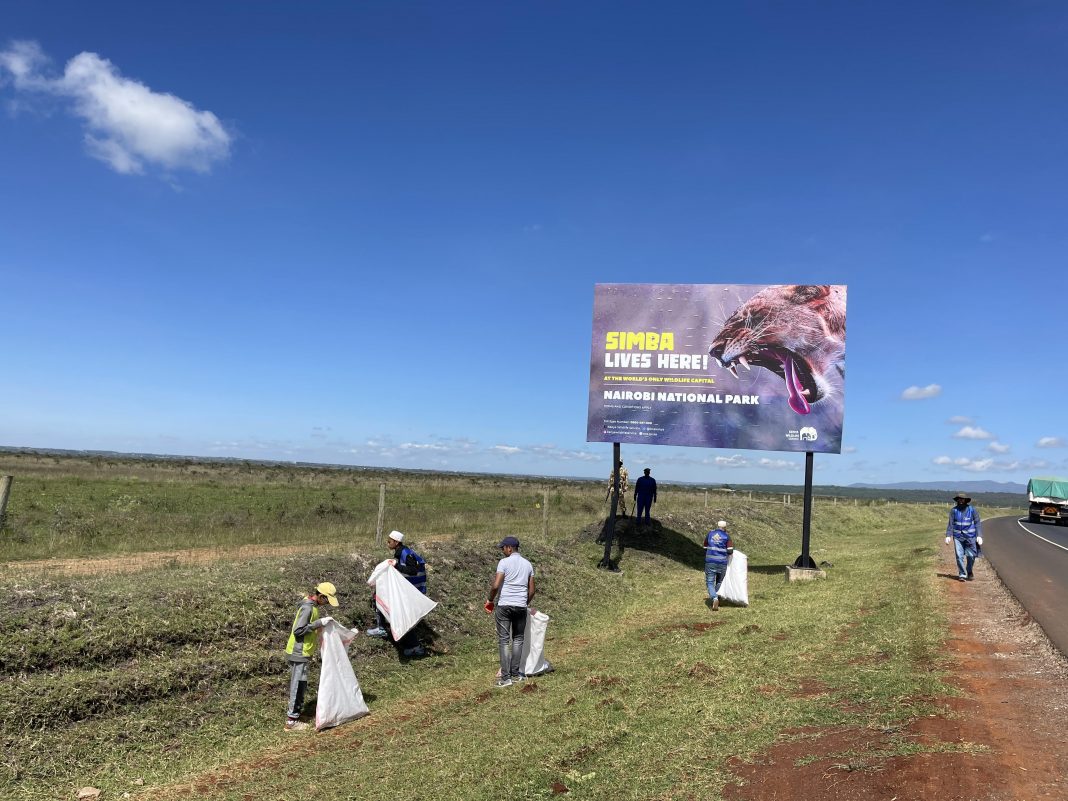 The Dawoodi Bohra community in Nairobi commemorated World Environment Day by organising a cleanup activity in collaboration with the Kenya Wildlife Service (KWS) along the Nairobi National Park’s border with the Southern Bypass in support of its ‘Plastic Free’ initiative. The Governor of Nairobi, Her Excellency Anne Kananu along with other county and city officials participated in the event.

More than a hundred community members, including students and faculty members from Aljamea-tus-Saifiyah Nairobi, picked up litter along the entire stretch of the Southern Bypass which borders the Nairobi National Park and put up signs to sesitise motorists and pedestrians to reduce litter and support the ‘Plastic Free’ initiative. They also identified and brought to the Governor’s attention various points from where untreated sewage was seeping into the National Park from neighbouring estates, contaminating ‘Hyena Dam’ and other natural water catchment areas within the park and putting wildlife at risk.

As a result the Governor issued directives that the matter be looked into and resolved at the earliest and commended the community for its activism and genuine concern for the environment and the well-being of Nairobi National Park as well as its environs.

The cleanup activity is yet another milestone in the partnership between KWS and the Bohra community which was initiated last year during the 75th anniversary celebrations of the Nairobi National Park. The community presented Nairobi National Park with a bronze lion statue on behalf of His Holiness to mark the occasion and Aljamea-tus-Saifiyah organised an educational exhibition highlighting the history and significance of the park as well as the conservation efforts of the Kenya Wildlife Service.

More details about the event can be found here.