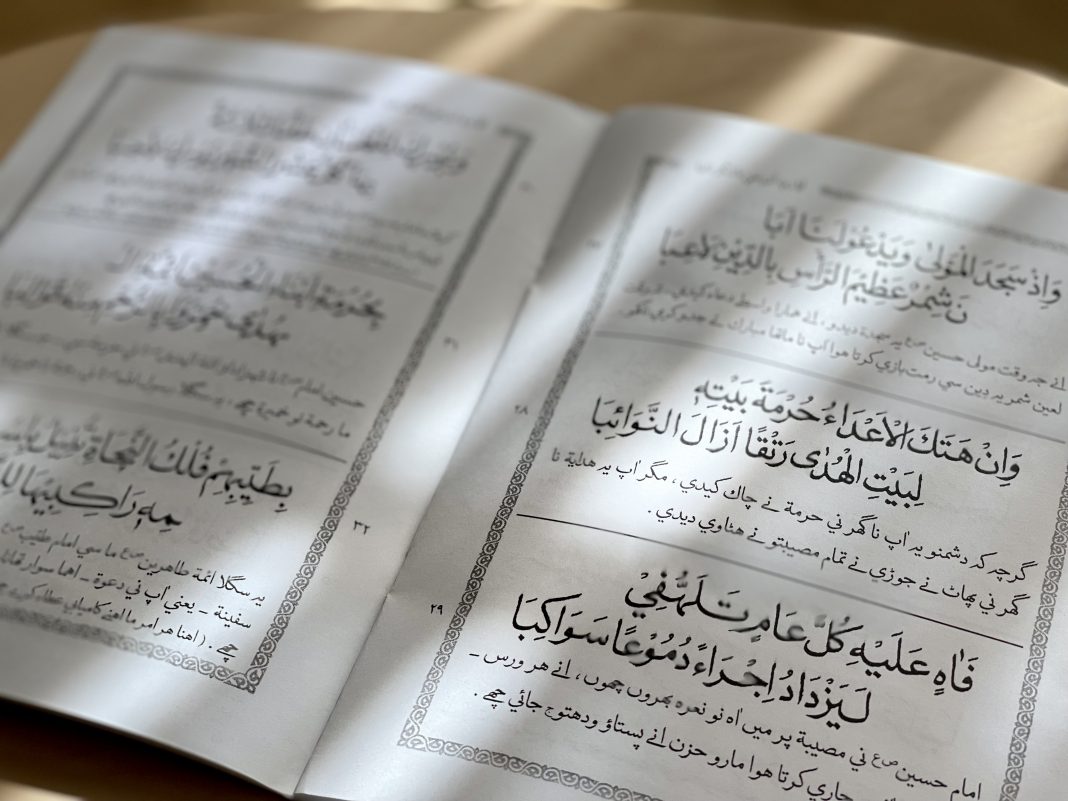 Among the defining characteristics of the holy month of Ramadan, in addition to fasting (sawm), prayer (salat), religious dues (zakat), strengthening familial bonds (silat) and feeding the hungry, is the practice of munajat, a dialogue with the Almighty which consists of fervent prayer.

In this article we delve into various aspects of the Fatimid tradition of munajat during Ramadan and try to better understand its philosophical implications along with why it is integral to the other forms of worship that constitute this holiest of months.

The munajat is an earnest and heartfelt supplication to the Almighty which predominantly takes the verse form and is set to a unique melody which distinguishes it from other types of verse. Typically authored and prayed during the month of Ramadan, the munajat is inextricably linked to the rites of worship observed throughout the month.

Expounding upon the origin of music and its true purpose, Imam Ahmed al-Mastur states in the Rasail Ikhwan al-Safa’s Epistle on Music, that the art of music was created by the sages through their wisdom and was used by the custodians of divine ordinances, such as the Prophet Dawood (David) in places of worship during ritual prayer, sacrifices, supplication and lamentation.

Furthermore, he draws a parallel between the ideal well-measured melody and the proportional successive movements of the heavenly bodies. The result being that when souls in this temporal realm hear such pure melodies, they are reminded of the souls that reside in the celestial, heavenly realm and yearn to join them. These souls which inhabit the heavens and celestial spheres, ‘Have no need to eat and drink. Their nourishment is praise, their drink is acclamation (for Allah) and their fruit is thought, reflection, knowledge and insight…’ One of the cornerstones of Ramadan is the daily fast, which in Fatimid literary and philosophical traditions is understood as imparting humankind with the ability to resemble those angelic forms that have no need for earthly sustenance. Hence the pure measured melody imbues the soul with a longing for the realm of angels, a longing it finds can be realised through the practise of fasting.

He also establishes that music is a unique art form in that unlike other art forms where the matter upon which they act is physical, ‘The matter music deals with consists entirely of spiritual substances.’ Therefore, the art of music profoundly influences the soul in myriad ways.

In one instance, the Imam states: ‘These tones and rhythmic sounds have the power to inspire people to undertake hard labour and strenuous activities, to encourage them and to strengthen their determination to perform difficult and physically draining acts demanding the sacrifice of their lifeblood and their accumulated wealth.’ Much like the strenuous and physically demanding task of abstaining from food and drink throughout the day for an entire month, regardless of how long the day is or what the weather is like. Or the equally difficult task of parting with one’s hard earned wealth in the name of Allah and to feed the hungry. Imam Jafar al-Sadiq states, ‘Allah has not obligated upon this ummah anything more difficult than zakat.’

In another instance the Imam states, ‘Then there are rhythms and melodies that transport people from one state to another and change their outlook from one pole to its opposite.’ Where throughout the year, the middle of the night (nisf al-lail) found people in a state of slumber, the nights of Ramadan find them in various states of prayer, once standing, thereafter bowing and ultimately prostrating before the Almighty, their outlook increasingly shifting from material preoccupations towards the spiritual.

Elsewhere in the epistle the Imam states, ‘These are also rhythms and melodies which calm the vehemence of rage, dissolve enmity, bring about peace and create amicable friendliness.’ The onset of Ramadan sees an efflorescence of camaraderie and fraternity marked by the exchange of gifts, as the Prophet Mohammed states, ‘Exchange gifts with one another for doing so increases affection and cleanses hearts of grudges,’ as well as feeding one another, as Imam Jafar al-Sadiq states, ‘The degree of a man’s affection for his Muslim brother is ascertained by how well he eats from the meal his brother presents.’

Having considered how varying melodies influence the soul in different ways, the question that presents itself is that the munajat is one such melody among many. How then, can it be understood to influence the soul in such an abundance of ways? Throughout the month of Ramadan, it is a well established tradition within the Bohra community to recite verses otherwise set to different tunes and melodies, in the melody distinct to the munajat. Therefore, in its ability to assimilate all other verses tailored to contrasting tunes and melodies, the munajat melody demonstrates its capacity to exert the influence of all the melodies it comes to incorporate.

We must however not forget that the melody is only one aspect of the munajat. The vast and multitudinous meanings contained within the verses of this literary tradition which spans millennia, is something we cannot even begin to broach within the limited scope of this article and will therefore be discussed in future articles.

For members of the Dawoodi Bohra community, the munajat is integral to their observance of the rites and rituals of the holy month of Ramadan. It inspires them to hunger for the hereafter, yearn for a sip of heavenly rivers and earn the divine rewards of the eternal realm and in so doing they readily eschew food, drink and the trappings of the material world. It gives them the strength and resolve to undertake even the most difficult and arduous tasks, be that waking up in the middle of the night to pray, or spending generously for the good of society and all Creation. Ultimately it creates a harmonious environment where fraternity, consideration and love prevail.

‘It is said that when the Prophet Musa heard his Lord’s munajat, he experienced such delight, pleasure and joy that he could not contain himself and chanted with rapture. After that, he found all notes, rhythms and melodies trivial.’