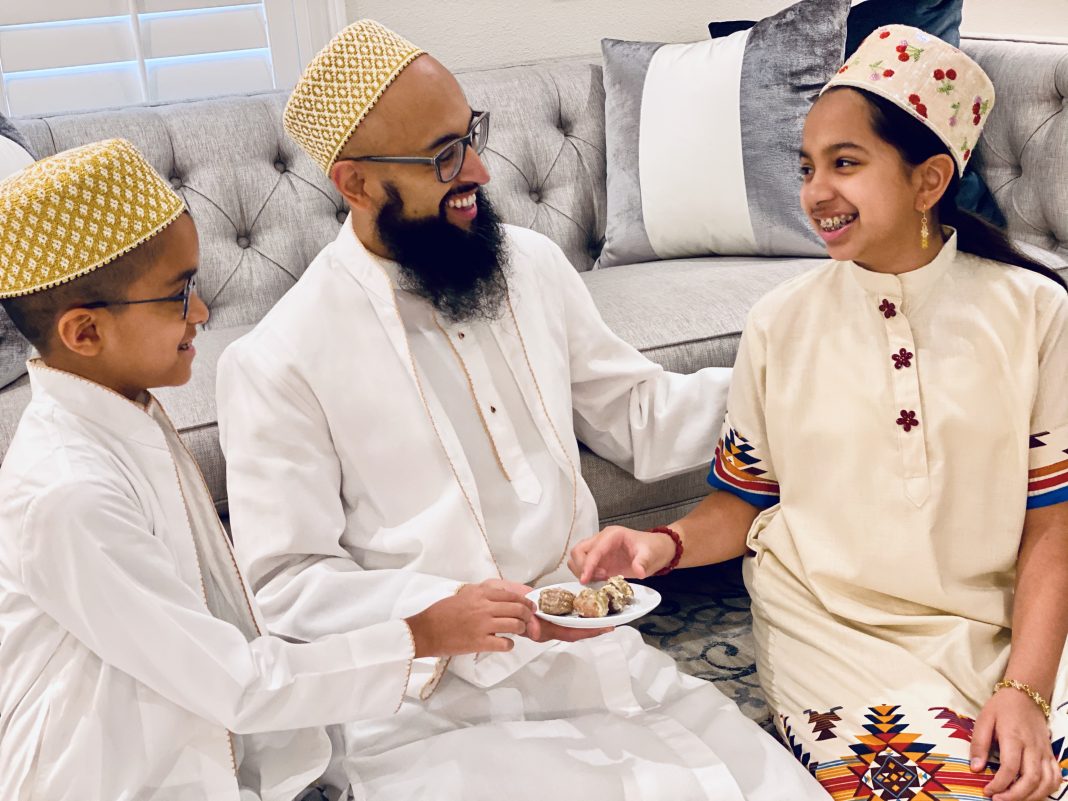 Libas al-Anwar: The Attire of the Dawoodi Bohras

The Dawoodi Bohra Muslim community is unified and distinguished by its unique attire, called Libas al-Anwar. It includes a white and gold topi (cap) and a white outfit called saya kurta for men and a two-piece dress called rida for women, recognisable by its bright colours and designs. Bohra attire is inspired by Islamic principles and as for most cultures and civilisations throughout history, Bohra dress has physical, psychological, social and spiritual significance.

The Holy Quran describes the purpose of clothing—a divine bounty—as fulfilling three main objectives: adornment, protection from the elements and satr, or concealing the body in line with the principle of modesty.

Chapters dedicated to libas (clothing) in Fatimi jurisprudential texts demonstrate the importance given to clothing in Islamic history. Imam Ali, emulating the Prophet Mohammed, would praise and offer gratitude to Allah while donning clothes. History is replete with examples of the Fatimi imams wearing both plain and rich clothing, such as elaborate attire for celebratory occasions and more simple garments for private worship and supplications.

As Fatimi traditions indicate, moderate attire is preferred. For example, Imam Ali states that, as an expression of gratitude for the bounties one is blessed with, one should adorn oneself with good, presentable clothing but at the same time avoid dressing ostentatiously.

Fatimi jurisprudence also teaches that garments, especially those used in prayer, should be clean and well-maintained. Clothes should also fit properly, being neither too short nor too long. The texts also make specific reference to fabrics and colours; for example, cotton is known as the libas of the Prophet Mohammed and the Prophet specifies white clothes as the most preferable attire.

Libas al-Anwar, the attire of the Dawoodi Bohra community, is inspired by these Islamic traditions.

In 1978, at the turn of the fourteenth Islamic century, the then leader of the Dawoodi Bohras Syedna Mohammed Burhanuddin initiated a programme to reinforce the Islamic identity that was the essence of the community. The historic conference of al-Multaqa al-Fatimi al-ʿIlmi reoriented the community towards its Islamic Fatimi roots, in line with Syedna’s conviction that the guidance of Islam was comprehensive and fulfilled the needs of every era. A sense of identity was nurtured by committing to Islamic principles, including appearance and attire, such as keeping a beard and choosing modest clothing. It was emphasised that Islam, as a way of life, encompasses both the spiritual and material spheres; therefore, dressing in accordance with Islamic tenets is suitable for any place, at any time.

It was at the historic inauguration of al-Jamiʿ al-Anwar in 1980, the masjid of the Fatimi Imam al-Hakim in Cairo, that His Holiness Syedna Mohammed Burhanuddin bestowed Dawoodi Bohras with the eponymous Libas al-Anwar, unifying the community with the same attire he and the members of his family wore. The restoration of al-Jamiʿ al-Anwar not only brought about a renaissance of Fatimi art and architecture—a manifestation of Fatimi philosophy and a testimony to the rich culture of the era—in the community, but inspired a spiritual revival as well, strengthening its links to its faith and Fatimi heritage.

Since the restoration of al-Jamiʿ al-Anwar, Libas al-Anwar has become the Dawoodi Bohra’s official attire for both religious and social gatherings and for day-to-day wear—with women habitually wearing the rida outside their homes and men wearing at least the topi at work and elsewhere. Today, community members are easily identified by their distinctive topis and ridas.

The origin of this cultural attire is often attributed to the Fatimi era, which spanned the 10th to 12th centuries. White, preferred by the Prophet, was also considered the official colour of his descendants, the Fatimi imams. The imams often donned white robes or mantles, customarily bordered with golden tiraz embroidery and inscriptions. They bestowed similar robes of honour upon distinguished subjects according to their stature. The men and women of Fatimi Egypt, historical records show, wore several layers of clothing, often covered by an outer rida, mula’a or burda (all large garments, akin to a cloak or mantle, wrapped or draped around oneself).

The features of Libas al-Anwar reflect both the Islamic philosophy of libas as well as the culture and history of the community. For men, Libas al-Anwar comprises a white, three-piece outfit: kurta, a form of long tunic; saya, a robe-like overcoat slightly longer than the kurta; and izar, loose-fitting trousers. Men’s topi, a crocheted white cap with a border of golden zari arabesque design, is an essential feature of the attire.

For women, Libas al-Anwar signifies the rida, a unique form of hijab, which is comprised of two outer garments: a pardi, which covers the body from the head to the waist, with the headpiece including a flap which is often folded to one side to allow a woman’s face to be visible; and a ghagra, a loose, flowing skirt from the waist to the ankles. It is distinct from other forms of hijab due to its bright, varying colours and decorative designs and borders. Before they come of age, young girls wear a two-piece jhabla izar, short decorated tunic and slacks, at religious gatherings, paired with a colourful topi or headscarf.

Because different occasions call for different dress codes, Libas al-Anwar is also a means of expressing joy, grief or devotion. On celebratory occasions, one would see an elaborately designed rida or a fully golden topi along with embroidered embellishments on the saya kurta. On solemn occasions such as Ashara Mubaraka, which commemorates the martyrdom of Imam Husain, plain clothing is worn by all men and women in keeping with the atmosphere of mourning.

The philosophy of Libas al-Anwar, based on Islamic principles, is multifold: while fulfilling the elementary purposes of concealment and adornment, it reflects moderation as well as uniformity throughout the community. It expresses the Bohras’ strong connection to their faith, culture and community.

As the symbolism as well the physical experience of dress often influence an individual’s self-perception, personality and behaviour, Bohra attire—especially those articles worn everywhere like the topi for men and rida for women—has a significant impact on the wearers’ sense of self. Their actions and behaviour reflect their consciousness that their libas is a representation of their Islamic, Dawoodi Bohra identity.

Libas al-Anwar has contributed to the shaping of Bohras’ lives and identities. As the women and men of the community testify, their one-of-a-kind attire is a source of pride, safety and self-respect as well as a means to embrace their culture, spirituality and values.

An apparel that promotes positive self-image, Libas al-Anwar helps circumvent issues that many people, especially young people, face in society, such as social pressure, objectification and body image issues. Many Bohras report that in addition to self-image, wearing Libas al-Anwar brings about positive social perception, with friends and strangers alike often according them respect and admiration as they go about their daily lives at work, at school and in society.

Bohra women, especially, assert that the rida is not only a distinctive expression of their beliefs and values but a source of liberation, empowerment and confidence—allowing themselves and others to better appreciate their mind and personality as well as their attire. Practical, comfortable and symbolic, it has contributed to the success of Dawoodi Bohra women in their educational, professional and social ventures. The rida’s numerous possibilities of colour, fabric, design and decorative details such as lacework, panelling, crochet work, embroidery, applique and many more, enable them to express their creativity in different ways. In addition, designing and producing ridas, jhabla izars and topis is a source of livelihood and economic empowerment for many.

For the Dawoodi Bohras, Libas al-Anwar represents their heartfelt dedication to their faith, community and the teachings of their leader, His Holiness Syedna Mufaddal Saifuddin. This expression of commitment and love has indelibly shaped the community’s identity throughout the world.