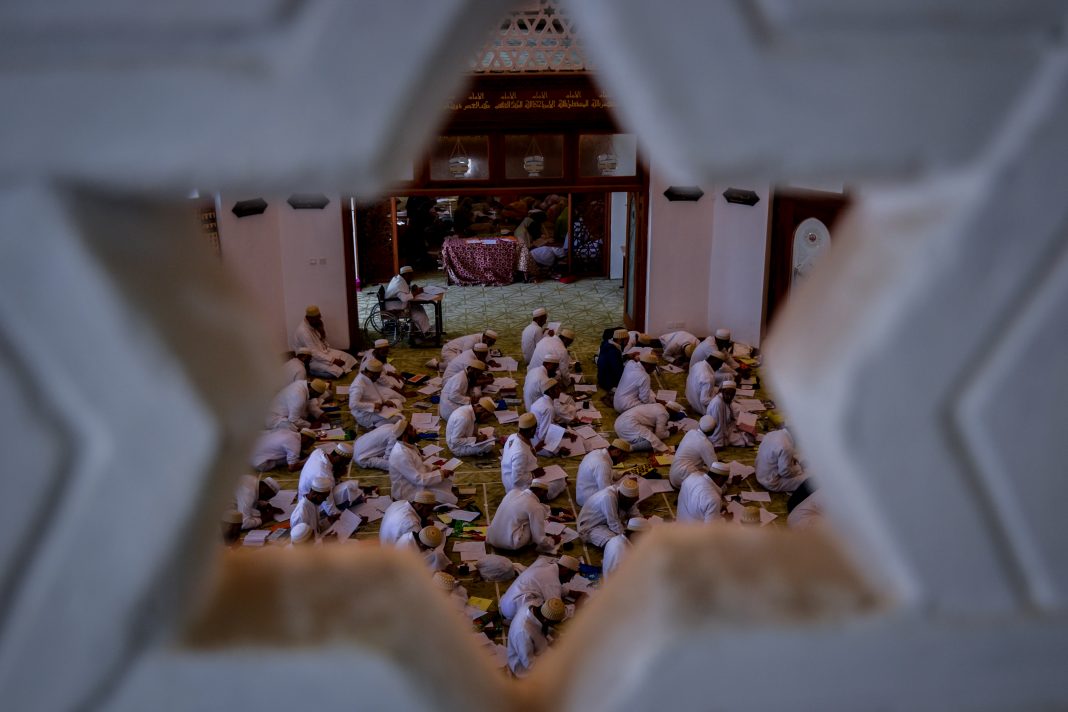 Each year the al-Imtihan al-Sanawi (annual examinations) of Aljamea-tus-Saifiyah, the premier educational institute of the Dawoodi Bohra community, centers around a discourse delivered by His Holiness Syedna Mufaddal Saifuddin known as zikra (remembrance). The discourse is attended by faculty, students and alumni of the four campuses of Aljamea, as well as members of the Dawoodi Bohra community from all over the world. It sets the tone not only for the ensuing examinations but also the following academic year.

Following the conclusion of the discourse, each student is provided with a preamble booklet in accordance with their level of study as per the three stages of academic progression in Aljamea. The booklet contains material which aids students in better understanding the discourse and informs their response to questions.

The written examinations are accompanied by a viva voce which is presided over personally by His Holiness. The four rectors of Aljamea conduct the viva voce examinations, where students from Class 7 to 11 are called individually or collectively to recite excerpts from the risala ramadaniyya.

The risala is an epistle composed by the al-Dai al-Mutlaq during the holy month of Ramadan which elaborates on themes in Fatimi philosophy, history, jurisprudence and literature and culminates with a recollection of the notable events of the year. The epistle is in classical Arabic and students are required to recite an excerpt from it and thereafter render a summary of the text in the community vernacular Lisan al-Dawat for the benefit of the listeners.

Students are then asked questions based on the excerpt where they are required to relate their answers to various other texts and disciplines as well as to their own thesis and contemporary issues. Insightful comments and observations by the rectors, as well as occasional sought-after remarks by His Holiness, make for an overall captivating exchange, with the audience listening for more than three hours each day with keen interest.

In a risala authored by His Holiness titled Jamiʿat Thamaraat al-Uloom (a compendium of the fruits of knowledge), he gives insight into the tradition and philosophy behind al-Imtihan al-Sanawi. The Imtihan is a necessary prelude, as it examines and evaluates an individual, to an ascent to a higher level of piety and understanding. When the illustrious scholar and author Syedi Hasan bin Nuh asked Syedna Hasan Badruddin’s permission and blessing to begin studying the advanced disciplines of tawil and haqiqa (esoteric and philosophical understandings of the Holy Quran and other Fatimi Tayyibi texts reserved for those with special permission), Syedna responded by saying that only those that have undergone imtihan can be permitted.

The annual examinations known as al–Imtihan al-Sanawi serves as an intellectual renaissance and a spiritual revival for the entire community. Questions are answered, doubts are cleared and members of the community return to their homes prepared for the year to come.

As for the students of Aljamea, the end of al-Imtihan also marks the beginning of an anxious wait. The al-Imtihan al-Sanawi are examinations after all, and like all examinations, they are followed by results.