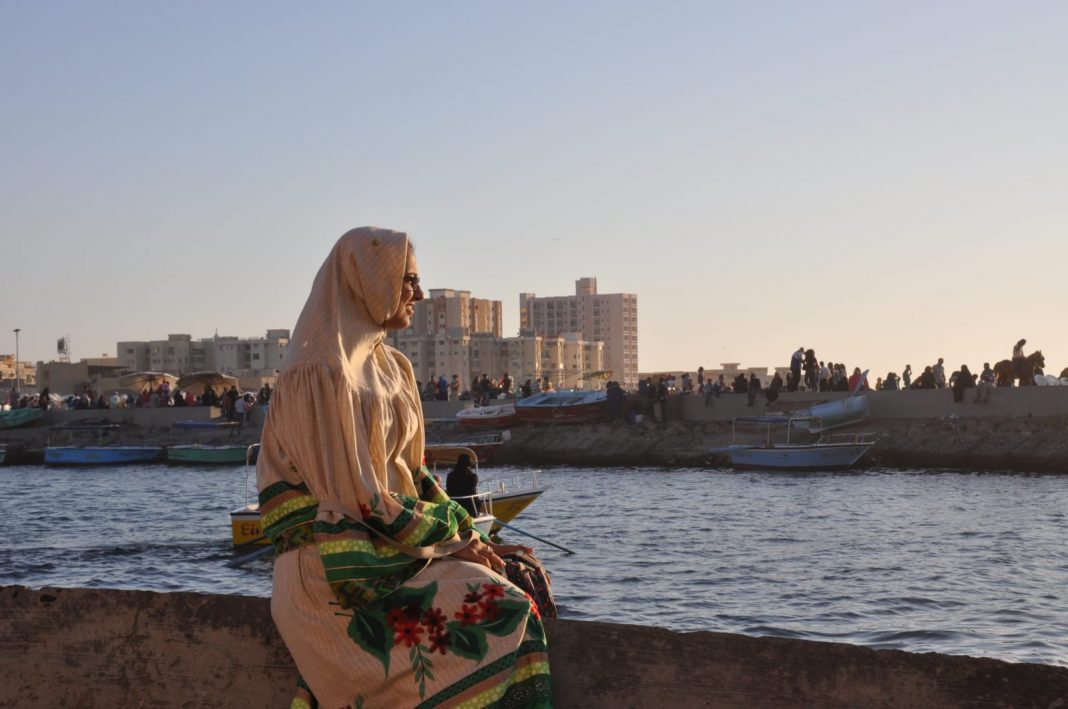 Tasneem Merchant is a journalist, writer and editor based in Mumbai, India. She writes about culture, books and identity, and has been published in various media outlets. In this piece, she shares what her teaching experience in a small Egyptian town taught her about life, culture and her personal identity.

When I was 23, a few months into my first job and still relatively fresh out of the sheltered world of academia, I decided I wanted to live and work abroad. I had never travelled or lived alone anywhere before. I had embraced the rida and was proud of the gravitas it brought to my identity. It seemed that I was going along a more or less conventional path in terms of life and career. Except, I felt that I was reaching out for something more, something that allowed me to access the larger world and experience its beauty in a way that aligned with my newfound solidity in my faith. What I came to find was that it was this faith itself which kindled my exploration of a new world.

I was besieged by my fair share of doubts and misgivings. But I managed to talk myself out of it: Yes, I’d be going alone, but I’d be going through a trusted international organisation. Yes, I’d have to leave my job, but the plan was to work in a different country after all. Yes, I’d be all alone there, practically living with strangers, but I would get to interact with people from different backgrounds and experience a new country on my own. The possibilities outweighed the conjectures and the opportunity was too enriching to miss.

A little-known Egyptian city called Tanta had caught my attention. On the portal of Aiesec, the international organisation, I applied for the post of English teacher at Orman English School, and got accepted.

Aiesec facilitates cultural exchanges. I was part of its tie-up with a school that allowed foreign teachers to come and teach languages for a short duration. Besides me, there were others who had signed up for the experience as well: from Argentina, Tunisia, Morocco, Colombia, Hong Kong and India. I was, however, the first to arrive, which meant I had to fend for myself for a couple of weeks.

And so, by the grace of the Almighty, I did. I managed food and budget. I navigated my way through the school. I got a head-start in beginner Egyptian Arabic to get my way around the markets, malls and public transportation of the city, whose general population spoke almost no English. I familiarised myself with my locality.

My roommates came from worlds very different from mine. One roommate was well-travelled and knew exactly what to do after arriving in an unfamiliar land (note: your priority should always be getting hold of a local sim card!). Another was stylish, decisive and streetsmart (she’d had the brilliant idea of rolling up and stowing away our carpets because they kept collecting dust and sand — Egyptian wind carried sand everywhere). She knew what she wanted and also how to get it. The third one was sensitive to the world around her and really wanted to make an impact.

Towards the end of my journey in Egypt, I shifted to Cairo, this time truly alone, without roommates. While I visited the masjids and shrines, I was also exploring the city on my own. I roamed its markets, rode in its metro and ate in its cafes, with only myself (and my rudimentary Egyptian Arabic) for company.

Egypt granted me insight into how faith and worldly pursuits could be balanced. Throughout my journey, it was my faith that I turned to for a sense of constancy and stability. Rather than binding me to a rigid sort of life, I found that faith liberated me. I pushed myself to do something you’d call adventurous, but I didn’t need to subscribe to the rules and demands of the world to do it. I realised that if I ensured that my bearings were strong, I could very well be ambitious and go on journeys of self-discovery. The world could be my oyster too.