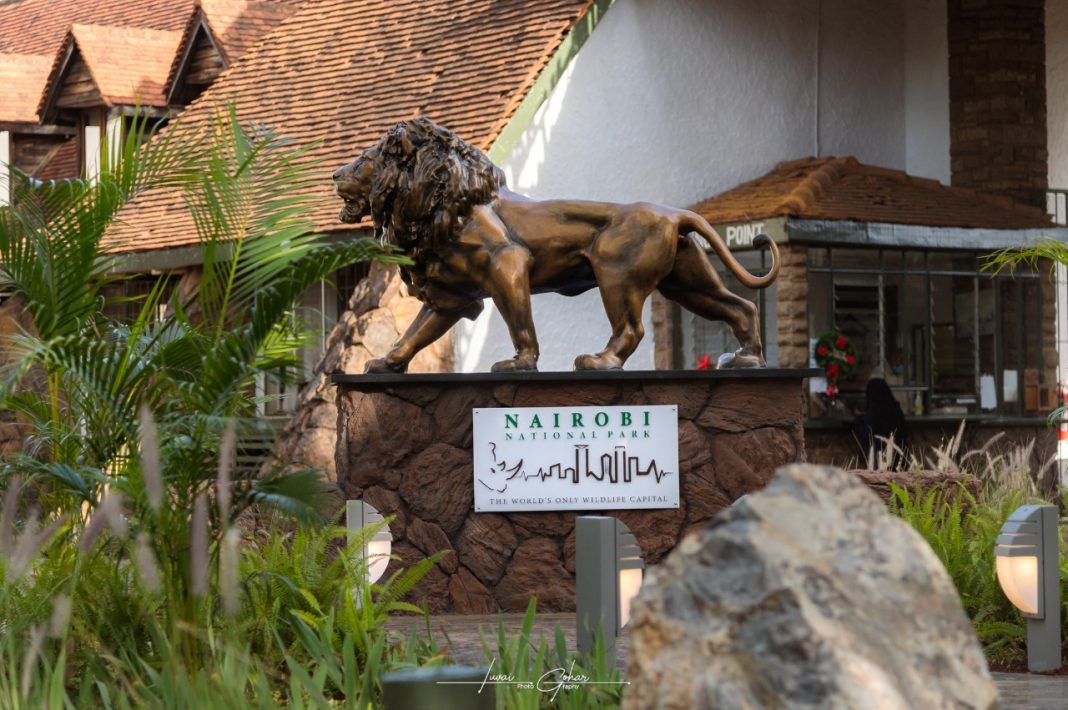 On the occasion of Nairobi National Park’s 75th anniversary, Aljamea-tus Saifiyah Nairobi and the Dawoodi Bohras of Kenya presented the Kenya Wildlife Service (KWS) with a commemorative lion monument and plaque on behalf of His Holiness Syedna Mufaddal Saifuddin. They also organised an educational photo exhibition highlighting the importance of wildlife conservation and sponsored a documentary featuring the history of the park along with making a donation of wheelchairs and other necessary implements to serve the park’s visitors.

The monument and plaque which are located at the entrance of the national park, were unveiled by the President of Kenya, His Excellency Mr Uhuru Kenyatta, who then inaugurated and toured the photo exhibition before presiding over the official ceremony and delivering an address at a makeshift venue set up inside the national park near the Impala Observation Point. In his address, he acknowledged and thanked the Dawoodi Bohra community for its contribution. Numerous members of Aljamea’s faculty and students as well as senior members of the community were in attendance at the event.

The Nairobi National Park which was established in 1946 by the British conservationist Mervyn Cowie is the first of Kenya’s 24 national parks and the only one of its kind situated in the heart of a metropolitan capital city. Saifee Park, the Dawoodi Bohra community’s residential complex located in the Karen area of Nairobi, which also houses the Aljamea campus, is a stone’s throw away from the Nairobi National Park. Community members and students frequent the park both to appreciate its game, by and large the Big Four, and to enjoy its scenic landscapes. They also learn about biodiversity and make the most of every opportunity to create awareness about the need for conservation especially in the wake of unprecedented climate change and increasing conflict between humans and wildlife.

Inspired by the the teachings of Islam and the prophetic traditions which urge Muslims to strive for the betterment of all Creation, as well as the guidance and example of His Holiness Syedna Mufaddal Saifuddin who continues to emphasise the need for environmental responsibilty, conservation and preservation, Aljamea-tus-Saifiyah Nairobi and the Dawoodi Bohras of Kenya have also joined the KWS in its sustained efforts to plant trees along the Nairobi National Park’s border along the Southern Bypass.