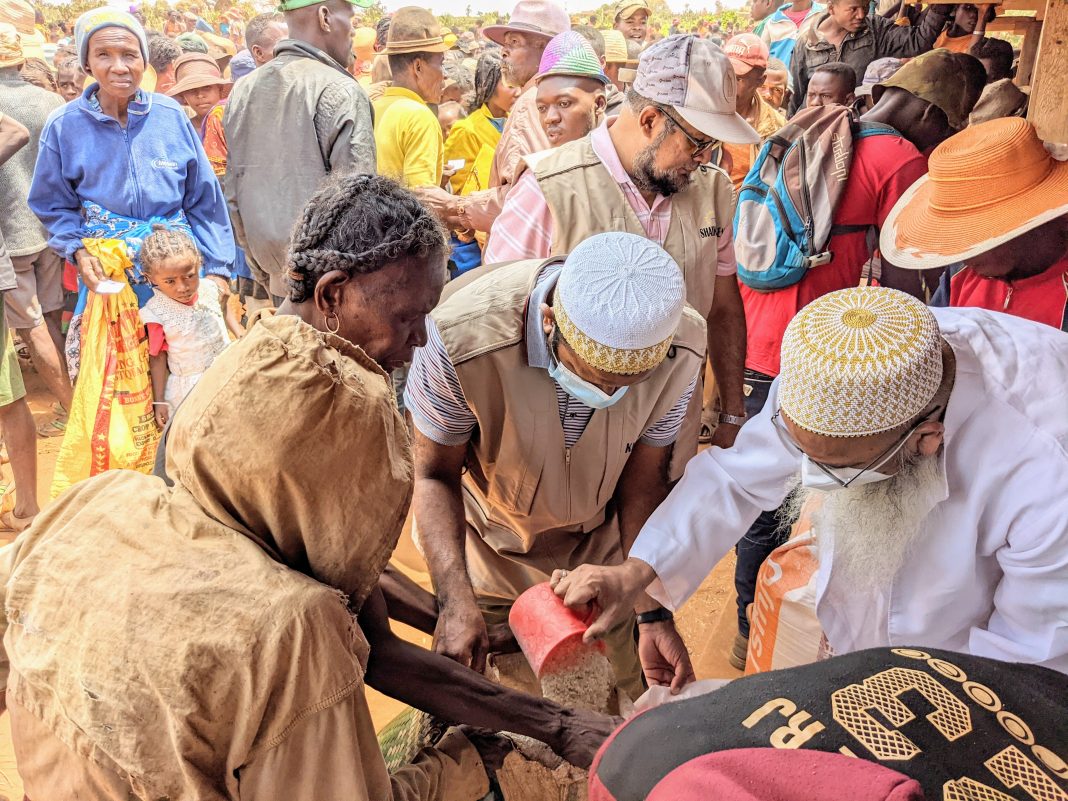 Two and a half days. In a globalised society, that amount of time is usually enough to travel halfway around the world and back. But that was the time it took members of the Dawoodi Bohra community to travel 550 km from Antananarivo to the remote drought-stricken town of Ambovombe in southern Madagascar to bring them much needed relief.

Ten determined members of the community were joined by representatives of the Madagascar government and Fraternidade Sem Fronteiras (NGO) in the journey across harsh terrain. They distributed essential ration kits among families from different villages near Ambovombe and Amboasary and served a healthy cooked meal to nearly 20,000 people. They also brought water tankers and pumped nearly 132,000 litres to the parched area.

According to an article published by the UN, over a million people in Southern Madagascar face severe food insecurity. An estimated 14,000 of them are already in catastrophic IPC Phase 5 conditions. Witnessing these conditions first-hand, the chief of the World Food Programme (WFP), David Beasley, warned that these people are ‘holding on for dear life.’

Although Madagascar produces negligible carbon emissions, it is witnessing an environmental crisis exacerbated by climate change. The arid weather conditions prevalent in the region for the past four years have thrust a large part of the southern population into hardship and poverty. Families that used to survive on subsistence farming are now being forced to eat insects and cactus leaves to survive.

The WFP has called on the global community to intervene and provide much-needed relief in this critical time. The Dawoodi Bohras of Tananarive have joined this relief effort to ensure that aid continues to reach these communities. This is the second time that community members have trekked to the area in what will be a sustained relief campaign.

As world leaders converge at the COP26 Climate Change Conference in an effort to mitigate climate change, there is hope for a better future.