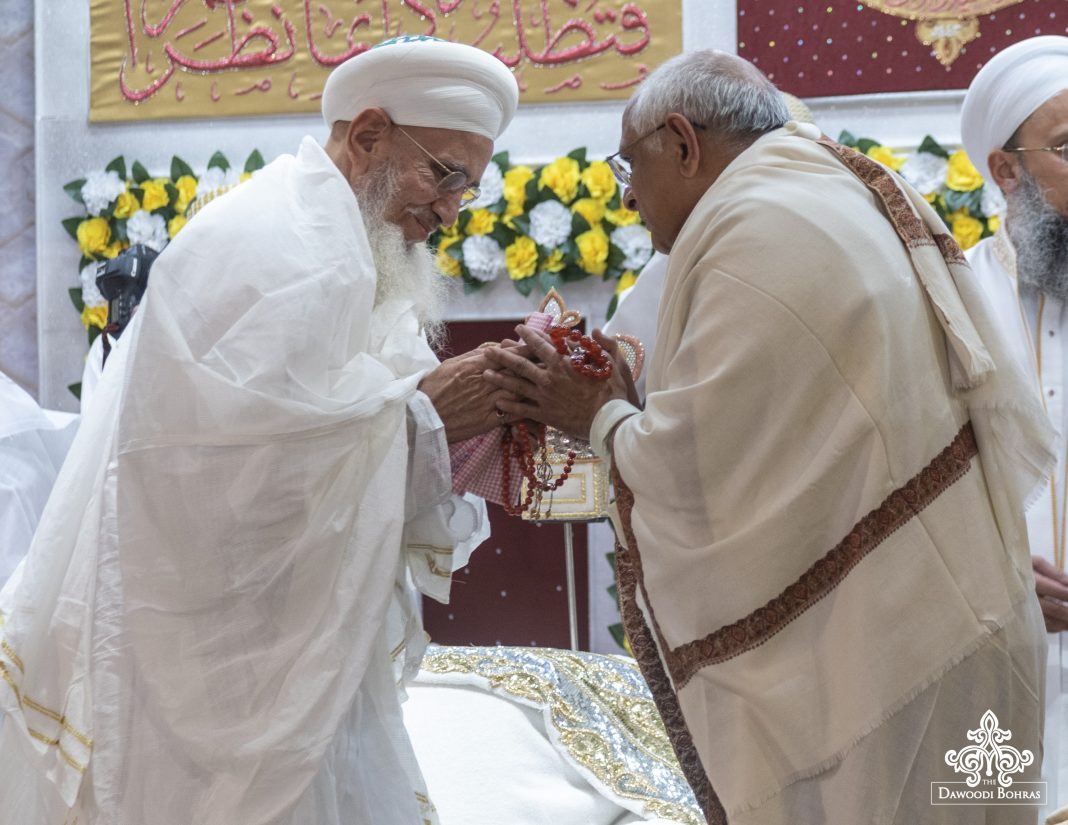 The Honourable Chief Minister of Gujarat, Shri Bhupendrabhai Patel called on His Holiness Syedna Mufaddal Saifuddin in Surat, to greet him on the eve of his 78th birthday. In honour of his predecessor’s memory, Syedna Saifuddin has chosen to celebrate his birthday on the same day as his late respected father His Holiness Syedna Mohammed Burhanuddin’s birthday which falls on the 20th of Rabi al-Akhar, the 4th month of the Islamic calendar.

A celebratory procession was organised by community members on the eve of the birthday, which Syedna Saifuddin, accompanied by the Chief Minister, observed from a specially constructed stage in Zampa Bazaar.

During their interaction, His Holiness expressed his gratitude to the Chief Minister for his greetings and for being part of the occasion. The Chief Minister sought Syedna’s blessings and the community’s continued support in various socio-economic welfare programs for the development of the state and the nation as a whole.

For the past few years, it has become customary for Syedna’s Birthday celebrations to be preceded by al-Istifada al-Ilmiyya, a two week long specialised educational seminar organised by Aljamea-tus-Saifiyah, for its alumni engaged in various fields of community service as well as community members from all walks of life. After a year-long hiatus on account of the pandemic, al-Istifada al-Ilmiya resumed this year in strict compliance with Covid Safety protocols and community members from across the world were once again able to gather in Surat.