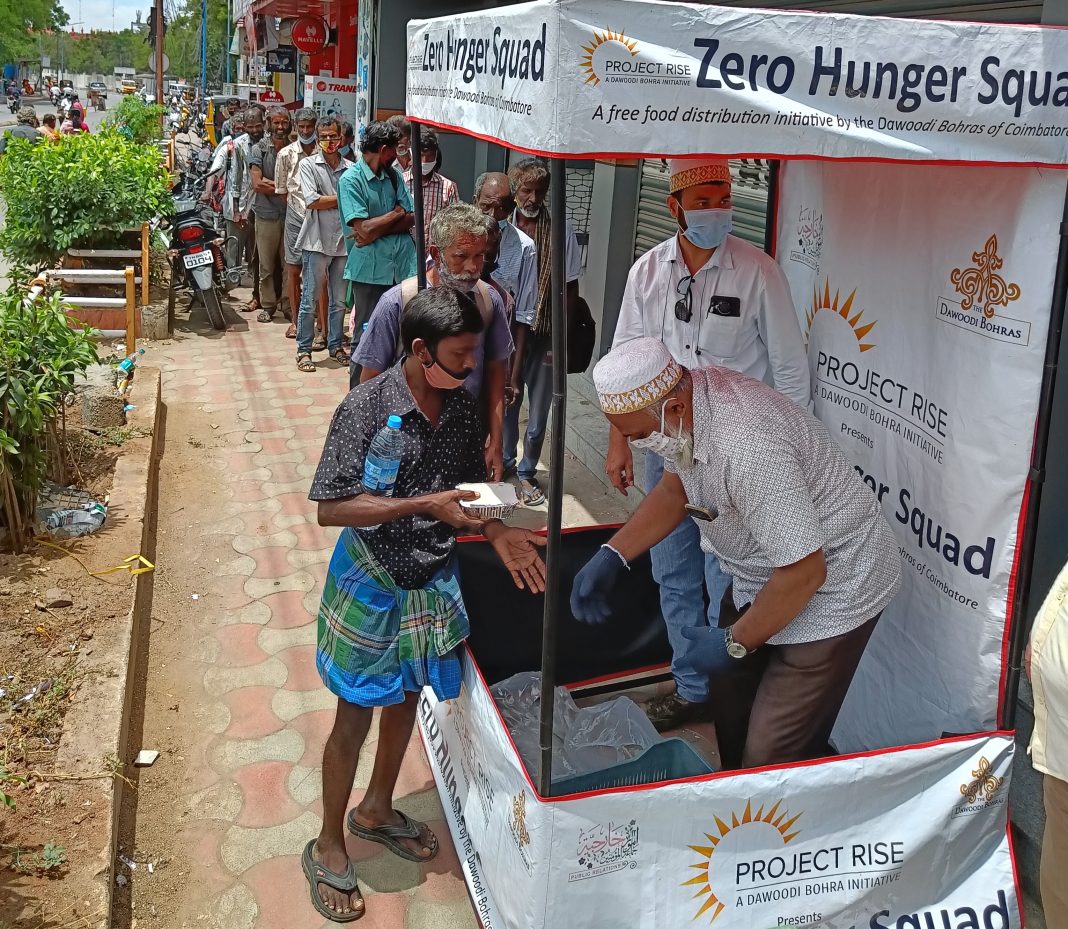 A Zero hunger world is an ambitious project that requires systematic efforts at both individual and organisational levels in order to be truly realised. According to a recent FAO finding, the goal of eliminating hunger, food insecurity and all forms of malnutrition by 2030 has become increasingly difficult. ‘Conflict, climate variability and extremes, and economic slowdowns and downturns are the major drivers slowing down progress, particularly where inequality is high. The COVID-19 pandemic made the pathway towards SDG2 even steeper,’ continued the finding.

Food insecurity is not confined to any select regions in the world, but unfortunately is also a local issue in several developed and developing countries, where a considerable population is afflicted with economic hardships, now compounded by the Covid-19 pandemic.

It is in times like these that the selfless work of a few samaritans, individuals and organisations alike, provides a ray of hope.

In the spirit of humanitarian service, Dawoodi Bohra volunteers from Chennai and Coimbatore, initiated a sustained food security programme in October 2020, named ‘Zero Hunger Squad’. The aim of the programme was to reduce the impact of the pandemic on marginalised communities and serve freshly cooked meals to them on a regular basis. Volunteers in Chennai are serving their local communities daily, whereas in Coimbatore, they are doing so on a weekly basis.

Recounting the motivation behind the campaign, Juzer Rangoonwala, a volunteer from Chennai said, ‘The images of stressed masses during the first lockdown in the country and especially in Chennai, was a humbling lesson and it created tremendous will to do something meaningful on a collective platform. In a review meeting amongst our team, it was agreed that as Dawoodi Bohras, we have a strong infrastructure in the food sector vis-à-vis our community kitchen, and hence for a good and continuous initiative to benefit society, we should build on that strength. Thus, the idea of providing regular cooked meals was conceptualised.’

The biggest challenge was to keep the program running continuously and not let it become a sort of fly-by-night, feel-good activity. Our campaign is based on the power of will; to do something humane for those not being able to avail basic meals; and as the word spread among other community members, everybody chipped in to strengthen that will into continuous action, executing a successful and united campaign,’ said Rangoonwala.

Encouraging the cause, the management at Stanley Hospital in Chennai agreed to allot a space near their premises to set up a kiosk where 250 meals were distributed on a daily basis. In a total of more than 50 weeks, volunteers from the community’s internal organisations such as FMB (community kitchen) and women volunteers have distributed nearly 62,000 packets of cooked meals.

Volunteers in Coimbatore progressed in a similar manner but on a weekly basis, serving meals every Friday, using the established FMB apparatus.

Feroz Dak, a community volunteer said, ‘In the beginning we were a little anxious, as we did not have any experience running a program like this. We took it one week at a time and as awareness spread amongst the community, volunteers and contributions began rolling in.’ He continued ‘The Prophet Mohammed states that there is no deed greater than feeding the hungry. The biggest rewards earned from serving food were the smiles that lit up the faces of the beneficiaries every Friday. That satiated us.’

In addition to the sustainable meals campaign, volunteers have been distributing flyers printed in local languages giving information about the importance of proper nutrition and a healthy diet. In a total of 53 weeks, the volunteers in Coimbatore have distributed nearly 21,000 meals to the less fortunate.

Zero Hunger Squad falls under Project Rise, the Dawoodi Bohra community’s global philanthropic arm. One of its major objectives is to mitigate food hunger and malnutrition among the lesser fortunate sections of society across the globe.