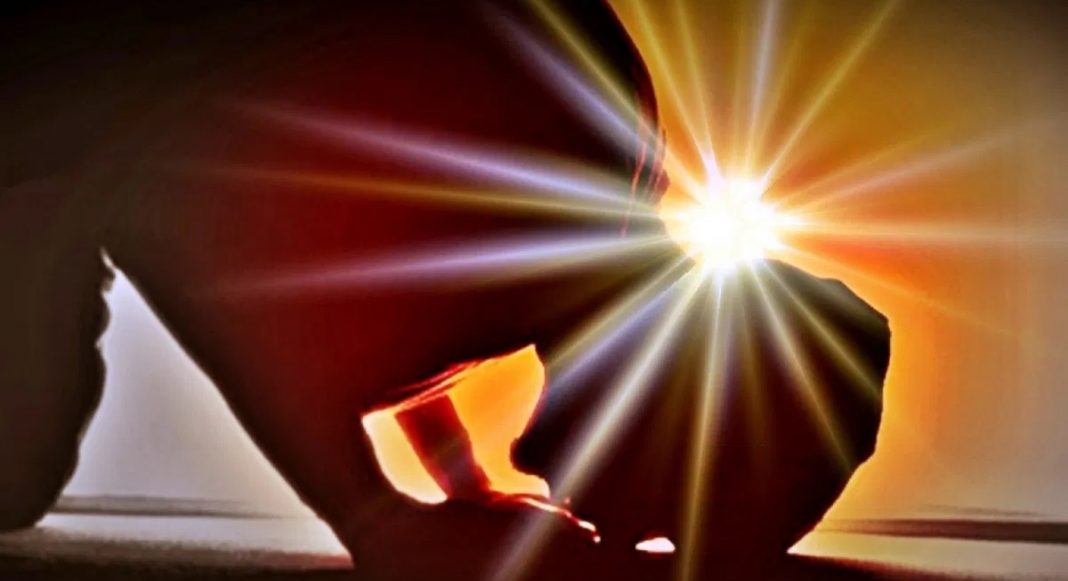 The human form is a marvel of Allah’s Creation. Within its relatively modest frame resides a microcosm of the universe in its entirety and it is therefore perhaps justifiable, that we humans be proud of our form. Yet, ever so often, as the annals of human history show, pride tends to morph into conceit, spurring mankind to exploit and oppress those deemed inferior.

In this article we take a look at how the human form and its constituents are perceived in Fatimi philosophy, where true humanity lies and what its implications are for humankind.

In the Rasaʾil Ikhwan al-SafaThe Rasāʾil Ikhwān al-Ṣafāʾ, Epistles of the Brethren of Purity, are a tenth century Philosophical compendium taking predominantly the essay form to engage with an extensive array of subjects and intellectual traditions in a total of 52 epistles. Divided into four parts, namely: Mathematics, Natural Philosophy, Sciences of the Soul and Intellect and Theology, the epistles adopt a uniquely syncretic and inclusive approach to knowledge in their quest of bringing to fruition and perfection the latent faculties of man, so that he may gain salvation and spiritual freedom. Although the origins of this masterpiece of medieval literature and the identity of its author are a matter of long standing and fervent contention, what is largely uncontested is the far reaching impact these epistles have had on Islamic philosophical and theological thought, both in their time and throughout subsequent periods. The Dawoodi Bohras attribute the Rasāʾil to the 9th Fatimi Imam al-Ahmed bin Abd Allah al-Mastur on the basis of numerous Fatimi sources attributing them to his authorship.‘s epistle on animals, when the human delegate is asked by the jinni king to substantiate humanity’s claims of superiority over the animals, and to bring forth evidence that humans are indeed masters and animals their slaves, the delegate responds by saying: ‘We have philosophical arguments and rational proofs that our claims are sound.’ When asked to elaborate further the delegate states: ‘Our fair form, erect stature and upright carriage…,’ thereby asserting that the upright human form is an intrinsic mark of superiority over all other creatures. This claim is swiftly and spiritedly refuted by the animal spokesperson who says: ‘Listen and you shall know that Allah did not give them this form, or shape them in this way to mark them as masters. Nor did He create us in the form that we have, to brand us as slaves. He knew and wisely ordained that their form is best for them and ours for us.’ The animal spokesperson then goes on to elucidate how man, like the animals, is given a harmonious and proportionate form to enable him to seek sustenance, ward off dangers and ensure the continuity of his species. As a result, there is nothing about the upright human form that indicates superiority or validates claims of mastery.

Imam Ali bin Abi Talib likewise not only refutes the notion of human superiority based purely on form, but goes a step further by removing those among humankind who neglect what makes them truly human from their standing and relegating them to the ranks of beasts. In his verses he states:

in the form of men who both hear and see.

(They are) cognisant of every loss to their possessions,

but when their faith is afflicted, they notice not.’

In a similar vein, admonishing man on his hubris, Imam Hasan states: ‘What makes you so proud? Your beginning is from a foul smelling drop of fluid, your end is a putrid corpse and in-between you are (nothing more than) a vessel of waste.’

Salat, the five daily prayers prescribed by the Prophet Mohammed are an integral practice of the Islamic faith. They consist primarily of three positions. The upright stance (qiyam), the bowed position (rukuʿ) and prostration (sujud). In Fatimi philosophical traditions, these three positions incorporate the forms of minerals, plants, animals and humans, the four categories of beings that encompass the entirety of Creation on Earth. Thus the one engaged in prayer is constantly reminded of the chain of creation and how each element seeks to ascend and be elevated to the rank that is above its current station and how the shariah incorporates all aspects of existence. Of these three positions, contrary to what human notions of superiority might suggest, the one most beloved to the Almighty is prostration. The Prophet Mohammed states: ‘The closest a servant is to Allah is when he prostrates.’ Therefore, in an interesting paradox, it is only when human beings relinquish their esteemed upright form with its misguided implications of inherent superiority and humble themselves before divine authority by assuming the form of what they consider lesser beings, that they find their true identity and come closest to divinity. The ultimate goal of all human pursuits, as repeatedly stated in the Rasaʾil Ikhwan al-Safa, is to come as close as humanly possible to divine nature and thereby be truly elevated.

Defining the essence of humanity and where it truly resides, Syedna al-Muʾayyad al-Shirazi states:

‘The human form, may Allah have mercy upon you, is not the one which flows through the urinary channel and originates from menstrual blood, thereafter is sustained by what is kneaded from the earth’s soil, for that form is a corpse transported from place to place and were it not for the upkeep (given to it) by means of (regular) cleansing and washing, it would exhaust its bearer who would be devastated by its putrescence. The human form likewise is not its embedded qualities of gluttony, anger, greed and covetousness which come into existence without an originator and are established without agency, brought forth by its nature without a teacher or instructor. Rather, (these qualities) are vices that fall under the natures of different types of animals… Indeed the true human form is the innate intellect which is hidden within, just as the flame is hidden within stone and metal. That (innate intellect) like the hidden flame is in a state which offers no benefit until it finds someone to strike fire, which is when it becomes illuminated.’

When the human intellect is lauded and praised in such a manner it is easy to be misled into the pitfall of supplanting one type of superiority and mastery for another; if not on the basis of form, then surely mankind can rely on the basis of intellect to perpetuate their oppressive dominance and supremacy over all creatures and things. Reacting to this very claim of superiority based on intellect by the human delegate in the aforementioned epistle, the animal spokesperson states: ‘As for your supposedly superior minds, we find not the least trace or sign of that. If you had such powerful intellects you would not have boasted over us about things which are not your own doing or won by your own efforts but which are among Allah’s manifold gifts, to be recognised and acknowledged as acts of grace.’

Indeed there is no doubt that humankind is divinely endowed with gifts and qualities that surpass all other creatures. Yet those gifts are not bestowed so that humankind can reign superior and exploit those they consider to be beneath them. The Ox in the epistle on animals puts it best when he states, ‘But whoever is richly endowed by Allah should show his thanks by sharing the excess with the less fortunate beings who lack those gifts. See how the sun pours light unstintingly on all creatures from its generous portion. The moon and stars too shed their influences, each according to its powers. Men should do the same, since they are granted divine gifts that other animals lack. They should share their gifts unsparingly.’

If it is superiority we seek, then our best recourse is to humble ourselves and be of service to all of Allah’s Creation. The Prophet Mohammed states: ‘He who humbles himself for Allah shall be elevated by Him and he who is arrogant shall be rendered inferior by Him.’

In their efforts for the betterment of the environment and all its inhabitants, be they minerals, plants, animals or their fellow man, the Dawoodi Bohras are inspired by this philosophy and continue to humbly serve in their pursuit of being elevated.