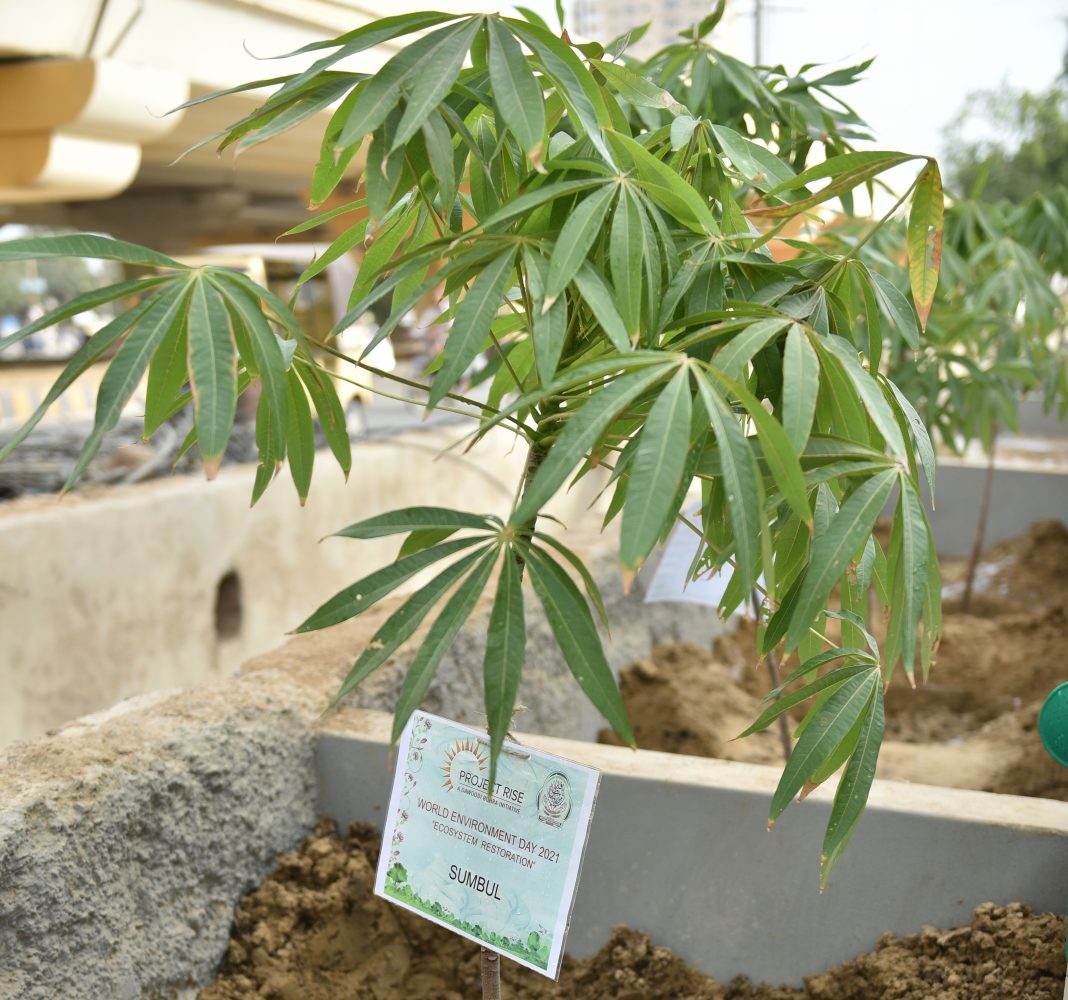 Throughout the year, the Dawoodi Bohra community carries out various environmental awareness campaigns as part of its Project Rise initiative. On World Environment Day, the community renews its commitment to bettering the environment by organising numerous activities aimed at creating awareness and inspiring others to join in the effort. On this occasion, community members in Pakistan came together to host the Day’s proceedings. They were joined by their brothers and sisters from across the world who also engaged in a range of activities to mark the day.

In Karachi, where a vast majority of Pakistan’s Bohras reside, volunteers from the Yusufi Masjid neighborhood organised a cleanliness drive and placed bird feeders alongside the masjid campus, assuming long term responsibility to refill and maintain them. A similar cleanliness drive was carried out in the Adam Masjid neighborhood. Used oil cans were used as planters and dry waste was collected and segregated to make compost.

In addition to organising their own tree plantation drive where more than 500 trees were planted, community members in Rawalpindi also held an awareness walk as well as a drawing competition for the young.

The Bohra community in Pakistan is determined to sustain these initiatives and to inspire as many people as possible to take up the cause of safeguarding the environment.

In Auckland community members participated in a tree plantation event, planting nearly 153 trees at the Puhinui reserve in South Auckland. The Mayor of Auckland Mr Phil Goff and local board members who were also part of the event which was hosted by the Auckland Coucil and Sustainable Coastlines as part of their ‘ANZ Love Your Water Tour’.

Bohra women in Kuwait launched an environmental awareness campaign to raise awareness about the harms of single use plastic and the need to adopt sustainable alternatives to reducing plastic usage. The event was carried out under the banner of Project Rise, the Dawoodi Bohra community’s global philanthropic arm and in collaboration with Alnowair and in partnership with Cefas, UNDP and United Nations for the State of Kuwait.

Women in Abu Dhabi hosted a tree plantation program in Mayoor Private School to mark World Environment Day. The Principal of the school, Dr Anna Pagdiwala showcased various upcycling & recycling projects in the school, along with inviting the women to collaborate on other environmental programs.

Bohras in Dubai hosted a virtual dialogue to discuss environmental challenges and the role each individual can play in bringing about sustainability by following practical solutions. In Sharjah women up-cycled yogurt tubs into pots and planted 50 saplings to commemorate the UAE’s 50th year of independence. In Qatar community members up-cycled 170 bottles and used them to make a vertical garden.

Community members in Mombasa welcomed the Deputy Governor of Mombasa County the Honourable Dr William Kingi for a tree plantation drive along Links road to celebrate World Environment Day. The event was organised in collaboration with the County Department of Environment, Waste Management and Energy under the slogan ‘Mji Wetu Wajibu Wetu’ (Our City Our Responsibility).

The event was witnessed live by the community’s leader, His Holiness Dr Syedna Mufaddal Saifuddin from India. His Holiness prayed for the well-being of the people of Mombasa County and Kenya at large.

In Marol, community members continue their inspirational work for environmental awareness and conservation. They organised a tree-plantation drive in which 61 trees were planted in the community’s cemetery and the Marol Municipal Garden. A variety of species like Ashoka, Neem, Mango, Bauhinia racemosa, Hibiscus among others were planted. A unique highlight of the event was the distribution of saplings to 53 young children to take back home and care for, inspiring tomorrow’s generation. Local politicians, namely, Shri Pramod Sawant, Smt Priyanka Sawant and BMC ward officer, Mr Jadhav also attended the event.

In Ahmedabad, community members organised a tree plantation activity in the courtyard of the community’s Qutbi Masjid in the Tajpur area of Ahmedabad. The event was attended by Mr Mayur Dave, Honourable Corporator and Mr Mushtaaq Khadwala, Counsellor of the area. The guests welcomed the Dawoodi Bohra community’s efforts for spreading environmental awareness and praised the community leader Syedna Mufaddal Saifuddin’s leadership in mobilising the community for such beneficial causes. The event also saw a proactive participation of children who were gifted a plant pot each to take back home and care for, instilling an appreciation for the environment in their young minds.