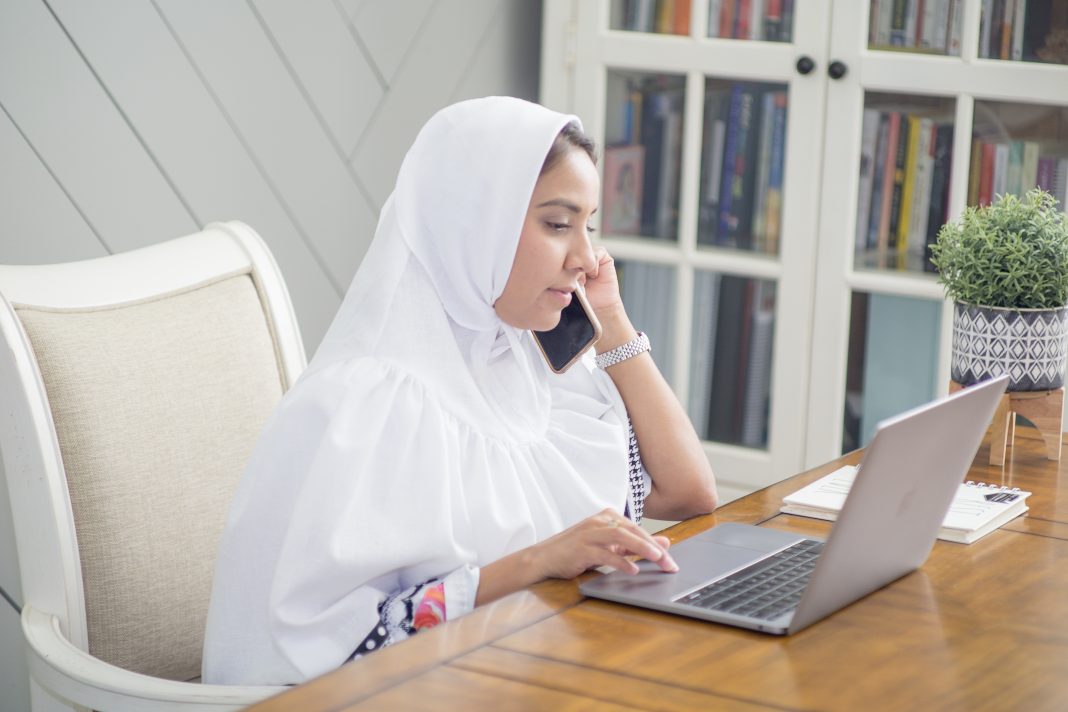 Sakina Ismaelbay is a real-estate agent, a mother and recently, a proud citizen of the United States. Born and raised on the island nation of Madagascar, Sakina has grown from humble roots and made a name for herself with hard work and determination. In this blog, she talks about her life’s journey from a hamlet in Madagascar to studying in Paris and finally selling apartments in the US and what life has taught her in between.

Growing up in Madagascar, an island east of Africa’s Mozambique, I never imagined that I would end up living across the continent, let alone across the world. What I did know, however, was that being part of a Dawoodi Bohra family meant that the possibilities were endless.

My parents were my role models, with each owning their own shop across the street from the other. They worked together, but they also worked hard at their own businesses. It was a humble life, but their diligence and persistence left me with invaluable lessons.

I still remember the conversation I had with my father when I was 16. I asked him if I could own a cell phone, and he said, ‘of course you can!’ To which I asked ‘when will you buy it for me?’ And he quipped ‘Well, I said you could own one. Did I mention anything about buying it for you? If you want to own something, you better try and figure out a way to earn it, young lady.’ I felt an anguish inside which fueled my drive to earn the cell phone at any cost. I worked odd jobs at a local shop and managed to save up half the amount which I presented to my father who applauded my effort by providing me with the remaining half.

Whether I realised it at that time or not, I now look back at that as one of the best lessons I learnt in life. It wasn’t that my father did not have the means to buy me a phone, he just did not want me to take the easier route. It is that moment which has inspired me to tackle every difficulty in life and rise to every challenge. With the intent of spreading my wings through higher education, I moved to France and in a few years received my Master’s Degree in Human Resources. This was another building block for me, as not many children from my town went on to receive higher education. Here again, my desire to achieve something of my own accord helped me secure scholarships from two different companies based in Paris.

I had been living in France for almost a decade, when I met my husband Husain. After our marriage in 2013, I moved to the United States to join him. And what a cultural shock it was! I had been speaking Lisan al-Dawat (the Bohra community vernacular) and French for most of my life and was by no means comfortable with English. I was and to an extent still am a little lost in understanding the basic units of measurement. When someone relates to me in inches, feet or even miles and lbs, I just can’t seem to visualise that in my head. I always have to first convert it mentally to cm or km before acknowledging anything. When I was starting out as a real estate agent in the US, I would casually point out the technical details of properties under my belt in simplistic terms saying something like ‘this thing’. Thankfully, my clients were kind enough to not feel offended and even taught me some of the basic things that I was unaware of. Then of course there’s that Texan drawl: I even joke with my friends that there is British and American English, but in Texas there is a third variant I call Texan English. It was a struggle to hold any meaningful conversation at first.

I had become so used to the Parisian way of life, to my independence. Monier, an international tile manufacturing firm, had even offered me a permanent post at its offices! Texas was a different world altogether, one where I was both very dependent and very alone. I had never needed to drive before and now, it was impossible even to buy groceries without being driven to the store. I used to wait for Husain to come and pick me up after work for a trip there. He was the only person I knew. The first few months took a toll.

Sometimes it’s moments like those where you can choose to define your own path. In 2015, I embarked on the path of becoming a Real Estate Professional. Due to my challenge with the new style of language, some people were sceptical about how I would manage it all. Again, the instinct of taking a challenge head on filled me with the determination to go ahead and walk a new path. In my first year, I earned the much-coveted recognition from my Broker as ‘Rookie of the Year’. In a market saturated with Realtors, I have learnt the value of opportunities, of hard work and of the journey – hence my promise is to help others and my mantra is ‘More Service Than You’re Used To.’

I feel blessed to have met many amazing people along the way, to raise my son Adam in this great country and to call Texas our home. A few days ago, I participated in my oath ceremony and became a citizen of the United States of America. I am grateful to have found a new home, a new family and a new sense of independence.