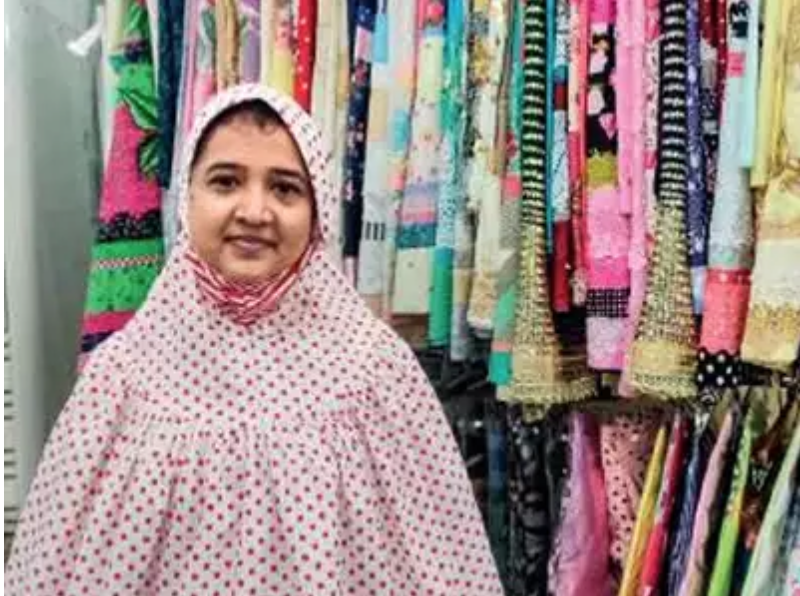 When Khadija Huzefa Bhatana decided to become an entrepreneur and become financially independent, she began by sourcing nightwear and other clothes from her hometown in Gujarat that would appeal to the Bohra Muslim community in Chennai. Later, she also began sourcing and selling delicacies such as gustava, shredded meat also known as chicken or mutton floss. Today, from her home in Tondiarpet, she sells a wide array of things online, thanks to the emergence of platforms such as Bohra Women Entrepreneurs which has a presence on Facebook and more recently Instagram.

‘Women in our community like long nightdresses so I began sourcing them in 2012. Then I realised that I could manufacture many of the clothes myself – the izar or cotton pants, hijab and jodi which is a skirt worn with a blouse or even T-shirt and dupatta. I also began making kids wear,’ says Khadjia, adding that she has been getting more orders after putting up her products on the Instagram page. ‘I get about 30 orders for different things every two days.’

It is to empower Dawoodi Bohra women that Tasneem Akbari Kutubuddin first started the online group, Bohra Women Entrepreneurs. ‘When I started it on Facebook eight years ago, I wanted a platform where women would be able to do business. There are many women entrepreneurs in my community who make products that are very unique to us,’ says Tasneem, adding that she launched it in February on Instagram with women from across the world.

‘Our culture is very different, so there are many things that only we use, like the rida (hijab), which is similar to the burqa but in different colours, which are designed and sold by our community women,’ says Tasneem, adding that eight years ago, there were only a handful of women who made them in Chennai. ‘If I wanted to shop for a good rida, I had to get it from Mumbai or Gujarat.’

Other things unique to the community include the three piece attire worn by men, consisting of a kurta, saya or patterned overcoat worn over the kurta, and izar or pyjama. ‘And a topi, or crocheted cap, which is handmade,’ says Tasneem, adding that there is also special food, like the gustava, which can be stored for months, and mukhwas or mouth freshener. ‘We also have special bathroom slippers, chakri, made of wood, and now, plastic.’

While there were many people selling online, there was no single platform where all these products were available. ‘That’s why I started the online group, which now has Bohra women – crafters, artists designers and resellers – from across the world,’ says Tasneem, adding that their Facebook group now has 8,000 members.

‘The platform is also helping women in the city as now there are many who are selling these products from the comfort of their own homes,’ says Tasneem.

Nafisa Patanwala, 40, who began her business more than a decade ago, tailoring clothes for the community, runs two stores in Parrys, but spreads the word about her business through WhatsApp and social media with the help of her daughter 23 year old Arwa Vithoda.

‘My mother began working to support our family by doing tailoring. She then began sourcing other things like imitation jewellery but also began designing clothes such as the jhabla izar, which is worn by girls when going to the masjid,’ says Arwa. She launched her second store, which is exclusively for men, a month ago, but the Instagram page really helps to spread the word about our business.’

She and her mother have begun doing giveaways to attract more clientele. ‘It helps to attract the attention of people. Being part of a larger group also means our products get more visibility as people begin following them and also our personal handle to see what we are posting,’ says Arwa.