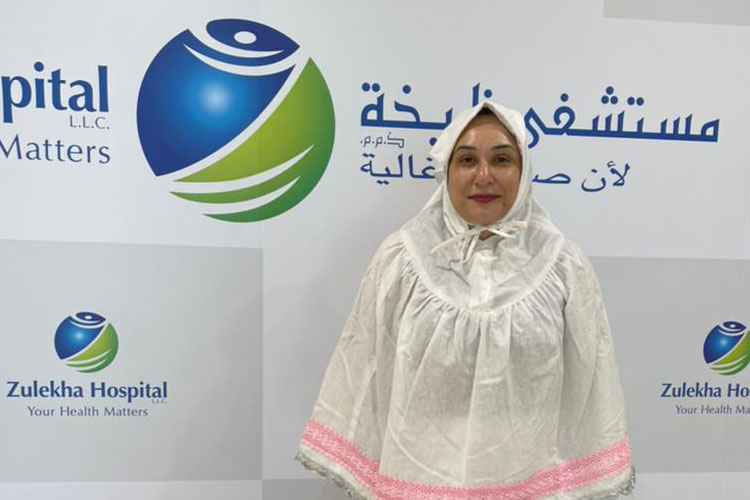 Even among leaders, the story of Zanubia Shams stands apart. The tale of a mother and daughter relationship transcends from being one that is inspirational to one of inspiration itself. The drive, excellence and compassion for which Zanubia has come to be known are the key attributes of the legacy of strong women leadership.

Zanubia’s mother, Dr Zulehka Daud, founded and chaired the Zulekha Healthcare Group, which has since grown to provide advanced medical services in the Middle East region across various specialities from gynaecology to cosmetology. She witnessed firsthand the zeal and grit with which her mother organised the group’s operations and working alongside her, developed an appetite to pour her heart and soul into every one of her projects.

After returning from Southern New Hampshire University, USA with a postgraduate degree in Business Administration, Zanubia took on further responsibilities, culminating in her becoming the Co-Chairperson of a group that has moved from strength to strength. Backed by her vision and guidance, Zulekha Healthcare Group has been able to blend technology with the human experience, thereby delivering services across key specialities such as oncology, cardiology, orthopedics and bariatrics.

From her mother, Zanubia learned that the hallmark of a true leader is not just reaching higher, but also elevating those around us. This ethos explains her active role in initiating various awareness campaigns, especially for cancer & cardiovascular diseases, which are not always readily available for the underprivileged. Her initiatives are focused to alleviate health problems faced by women and enable them to lead a more productive life. Every year she spearheads the launch of the ‘Pink It Now’ campaign, which offers women in the UAE access to free breast cancer consultations and mammograms.

Zanubia is also a resolute advocate of women empowerment in the health sector. In collaboration with IFC – World Bank Group, she has supported and internalised ‘She Works’, a global initiative to improve the ratio of women employment. Under her leadership, Zulekha Group has already surpassed the target of a 60:40 women to men employee ratio. Every stride she has taken and continues to take as a healthcare ambassador is a testament to the inspiration, encouragement and fortitude a mother so gracefully passed on to a daughter.