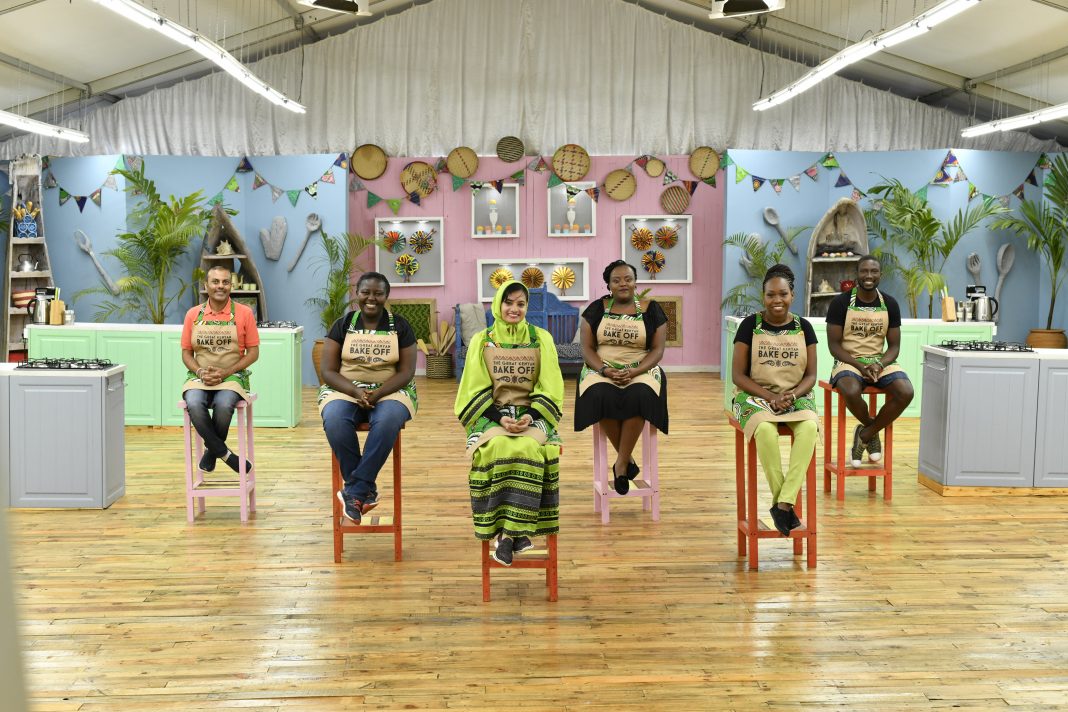 Mombasa based chocolatier and baker, Zahra Jalal khan is passionate about baking. She delights her family and friends with creamy treats and recently participated in the Great Kenyan Bake Off, where she was exposed to like-minded bakers and food artists. In this piece, she reflects on her journey from her mother’s kitchen to her own and the impact her family has had on who she is and what she has achieved.

Twenty years ago, if you had asked me what I wanted to be when I grew up, I would probably never have responded ‘baker’ or ‘chef.’ You see, to me the only true chef I knew was my dear Mother and as far as I was concerned, cooking was a sort of magic act that was special only to her hands. Magic that started with seeing her waltz into the kitchen and a few hours later tantalizing aromas began to fill the house. For me, it was more about enjoying her cooking than actually realising how the whole process took place. Let’s be honest, a huge majority of us have not a single clue how the meal came to be but, we are always eager to have our fill and more often than not throw in a complaint or two. In case you’re wondering how I got into cooking and baking, let me take it up from the beginning.

My name is Zahra, I am a 29-year-old Chocolatier, Baker and Chef who specialises in art inspired desserts, chocolates and other baked creations. Born and raised in Mombasa, a coastal city in Kenya on the shores of the Indian ocean, I was one of four siblings brought up by a single mother (papa passed away at quite an early age). My baking career has been inspired over many years by several people and I’d like to take a moment to reflect on those relationships and instances that have significantly impacted my journey, contributing to my growth and feeding my aspirations and ambitions.

First and foremost: my mother. Even though we had a humble upbringing, I realised that she always made the heartiest of meals and ensured her children ate to their content. This awoke a sense of both curiosity as well as yearning in me to learn how. Soon enough, mum and I had created an inseparable bond between us as we continued to become kitchen buddies. Her invaluable experience and soft but firm guiding hand laid the foundation stone of my career. Her zeal, passion and selflessness to create several meals a day continuously for decades till date never ceases to amaze me.

But it wasn’t just mom from whom I learnt the skills of cooking. My enthusiastic elder brother and sister too instilled a fascination in me with their once-in-a-blue-moon kitchen escapades. My early childhood years were spent creating unforgettable memories with my family as we explored the depths of creativity which went beyond conventional cooking and baking. We formed a team that was always eager to outshine one another in presenting their very best creations. But, while all this brought about exemplary cooking skills in each of us, I still wasn’t on the path to become a career chef.

I dabbled with different streams in my pursuit of higher education and finally settled with IT which meant taking on modules that involved graphic designing and intricate digital creations. This aspect of my studies was most attractive and enlightening to me and that is when I possibly had my eureka moment. Clearly, I was in love with the skills I had developed in my home kitchen and now I began seeing my skills combine with creativity. A fusion of digital design, color and art combined with flavors created the most symbiotic and harmonious aspect of my passion. I began to appreciate the importance of combining not just taste to daily cooking, but adding vivid and imaginative presentations to each and every preparation. That is when the bells of baking, dessert making and chocolatery began to finally ring loudest. The journey had finally begun.

Not long after graduation I was married and it is at this point, I can proudly say that my husband took over as my biggest fan. At every point, his encouragement and criticism pushed me to improve. What started with online classes turned into lessons from global icons in the pastry, dessert and culinary fields. I was finally doing what I loved and I had my greatest ally right by my side to constantly keep me on my toes and make me better.

As I continued exploring and diversifying my baking skills, an opportunity arose for me that I initially thought was a far-fetched one. The internationally acclaimed and renowned baking show known as The Great Bake Off with British origins had begun to air in my home country, Kenya. The first season had aired in 2019 and the second season was in the works. A call for applications was made and I decided to try my luck. After rigorous interviews and satisfying numerous qualification requirements, I was delighted to receive a call informing me that I was selected to participate as one of Kenya’s 12 amateur Bakers on the TV show from over 2,000 other applicants. This in itself was a very gratifying achievement. I remember when I mentioned it to my husband, his first piece of advice was, ‘do not go into this with a notion to win (even though there could be nothing better), but rather get into it to hone your talent, forge relationships and exemplify your cultural diversity’. This stuck with me and I went on set with an open mind which enabled me to have a lifetime of invaluable experience with not just fellow contestants and judges but also with the entire filming team and crew.

During my time on the show, I was exposed to an array of people who belonged to numerous religions, cultures and backgrounds. Sharing in their culinary experiences and what each person perceived to be their communities’ favorite dish, I too was not left behind in highlighting my own communities’ numerous values and teachings. This experience not only allowed me to better appreciate other people’s perceptions as bakers or chefs, but also as individuals in daily life and it made me truly appreciate and be proud of the values I have been brought up with and hold so near and dear to my heart.

It is truly encouraging when hard work is recognised and when the effort put in, the sleepless nights and the determination pay off. But then again, it’s just the tip of the iceberg and there is so much more out there to explore, attain and achieve. What my journey has taught me most importantly is that the people around you build who you become in the future. Constant encouragement and never-ending support are the key drivers in any individual’s success. Support comes from many quarters: family, friends, the society within which you belong. As a daughter, a sister, a wife and finally a mother, I am proud to say that at every turn I have given it my all and in return I have found nothing but bouts of encouragement and support. As a home-based venture whose aim is to bake my way into people’s hearts, I have come to learn that the activities we engage in always find a way to bring us closer to each other. My relationship with my mother for instance was strengthened thanks to her being my inspiration, my siblings’ cooking trial-and-errors made us musketeers in our misadventures, my husband’s never ending support for my work enabled the strengthening of our love, bond and appreciation for one another. I feel blessed to have had such loving and caring people around me. They have inspired me to go beyond and reach for the stars and continue doing so. I have come to realise that at the end of the day, family is the fuel of empowerment that drives my latent capacities and I couldn’t be more grateful for it.