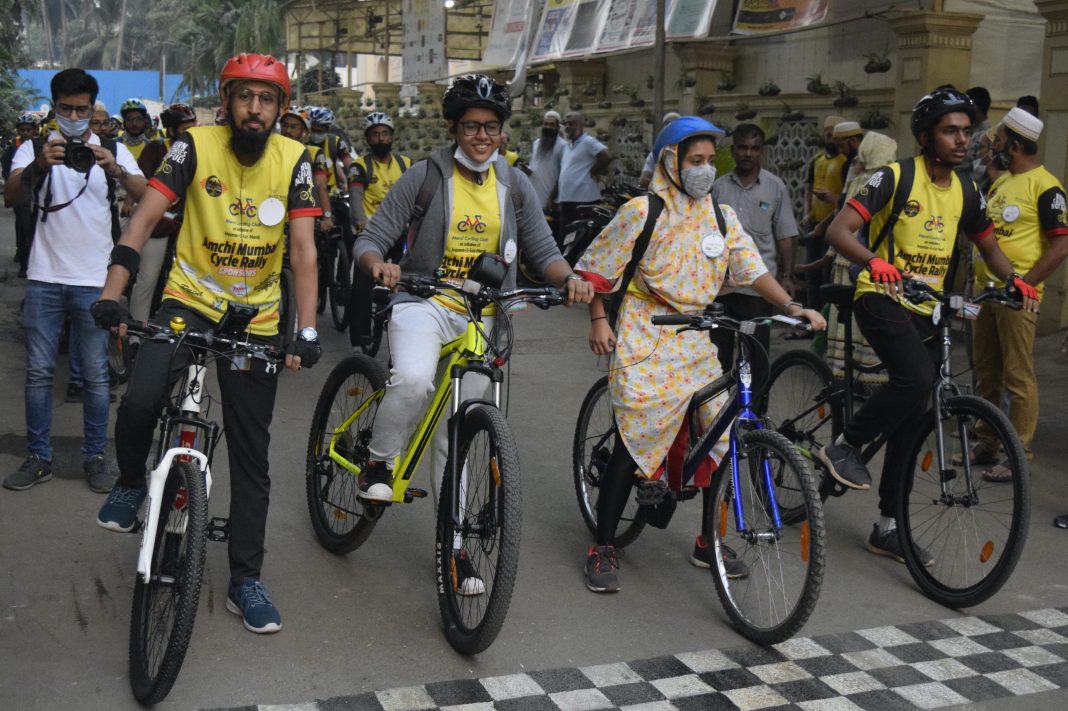 The Dawoodi Bohra community in Marol, Mumbai, organised a 50 km cycle rally on the 24th of January with an objective to promote a healthier lifestyle among Mumbaikars as well as to raise awareness about the dangers of plastic pollution.

136 cyclists divided in 34 teams including young and old, took part in the rally that was flagged off by local Corporator, Shri Pramod Sawant.

Aliasgar Calcuttawala, one of the organisers of the event, said, ‘The whole idea and purpose for doing this event was to encourage everyone to cycle on a daily basis and if possible also cycle to work.’

‘The cleanup program was incorporated as part of the rally to spread awareness and inspire action towards improving and protecting the health of the people as well as the planet,’ Calcuttawala added.

Special participants in the cycle rally included teams of Mumbai’s Dabbawalas who were also felicitated for their tireless food distribution efforts throughout the city.

Ms Firoza Suresh, popularly known as the Bicycle Mayor of Mumbai was also present at the event and especially appreciated the role of women and children in making the event a success.

This public interest program was organised as part of the community’s global Project Rise initiative which works in the fields of environment, healthcare, food and water security, education and sanitation.

The rally also gave a shout out to Happy Nests, a Dawoodi Bohra Women’s initiative intended to create environmental awareness through the upcycling of plastic waste.