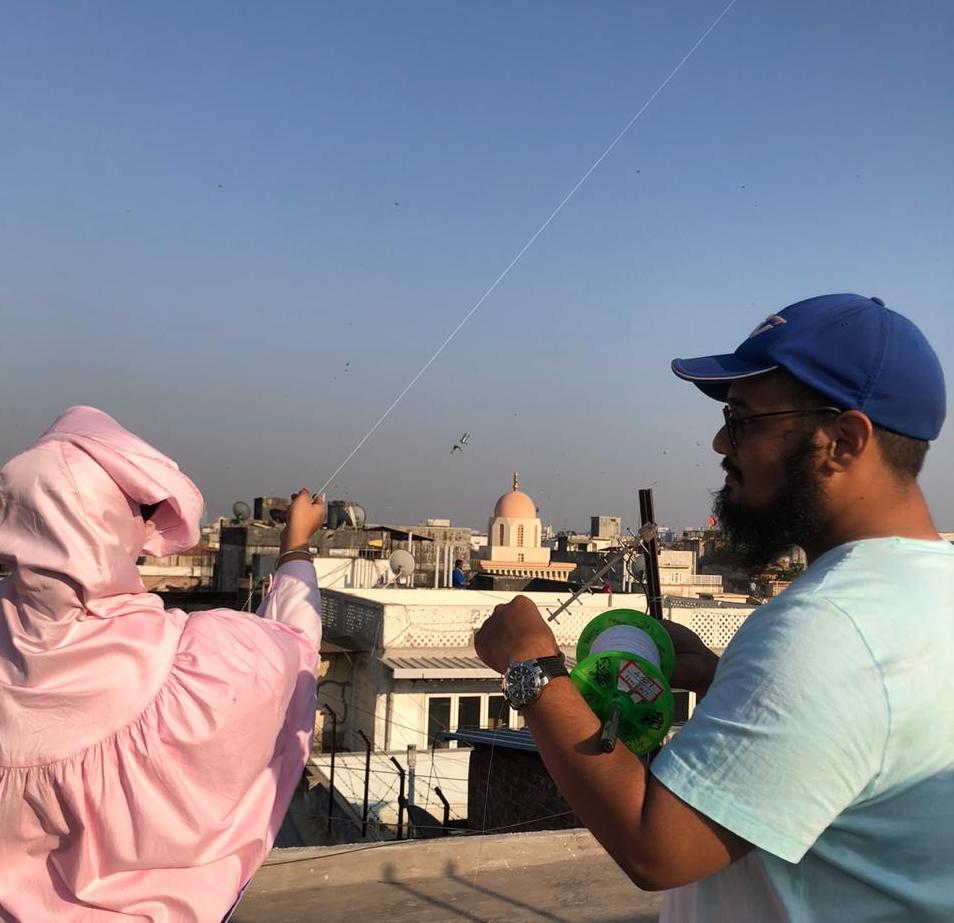 Mustafa Kagalwala is a ninth-year student at Aljamea-tus-Saifiyah Surat. Every year, students are given the day off on the 14th of January to enjoy their time outdoors flying kites at the institution’s sports grounds. Known locally as Utraan, the day is a festival that is celebrated with great enthusiasm in India, particularly in the state of Gujarat.

The background of the blue sky is filled with streaks of colour as kites fly in a battle of sorts struggling to sustain their flight and all the while keeping onlookers hooked. What an experienced kite flyer will tell you is that maneuvering a kite demands concentration, grit and most of all a steady hand to keep it flying.

Kite-flying is celebrated every year in India in the form of a festival known as Utraan or Uttarayan on the 14th of January. The festival is primarily celebrated with great pomp and ceremony in the state of Gujarat and is also known as Makar Sankranti which means the ending of winter and the beginning of the summer or harvest season.

Although I am not a frequent kite flyer myself, my Gujarati roots and the fact that I have studied in Gujarat have given me much exposure to the fanfare in the lead up and marking of this festival. As it so happens, the first week of the new year witnesses a bustling market in Surat as people come out in great numbers to acquire the two most necessary components, good kites and strong reels of string. The excitement never seems to be contained to the flyers and especially during my first few years in Surat, I didn’t quite understand why.

But I think the most electrifying thing about this festival is its power to spark healthy competition. It happens as people take to the terraces and playgrounds – or anywhere they might find an open sky – and begin the contest in fun, laughter and pure merriment. The cool atmosphere, the colourful skies and the exciting competition where two skilled skippers from opposite terraces battle it out is a truly remarkable sight. In order to keep yourself in the game, you are required to cut the other person’s string, however, that is never met with any resentment but rather with more vigour and joy to hook up another kite and take to the sky for another go. It’s a kind of attitude that makes life’s ups and downs so much easier to accept and overcome.

Perhaps the similarity of the kite’s flight and the path of our own lives is what draws out such enthusiasm. In the beginning, the kite is essentially just a diamond-shaped piece of paper. Once it is attached to a string and takes flight, it becomes a sight to witness and a reason for joy. In the same way I feel that when we attach ourselves to the right things in life, we gain the strength to take flight in the right direction with confidence. No matter how high a kite sails in the skies, if it isn’t grounded to the surface by someone, it will either go awry or eventually fall in a downward spiral.

Every year in Aljamea we observe a holiday on the day of this festival. The excitement for this day is evident in the fact that students look forward to it and begin preparation in earnest a week or two before. This year, even though we were all at our homes in different countries, we observed the holiday and made merry while flying kites whichever way possible. Friends might not have been so close this time, but the spirit and the enthusiasm were not dampened. I cherish the memories now even more so, what with all the fun, the determination to keep the kite soaring in the air and the happiness that made every minute worthwhile. I look forward to the day when we can all get back together without and relive those cherished memories of the past whilst basking in the glory of the blue skies with open hearts.