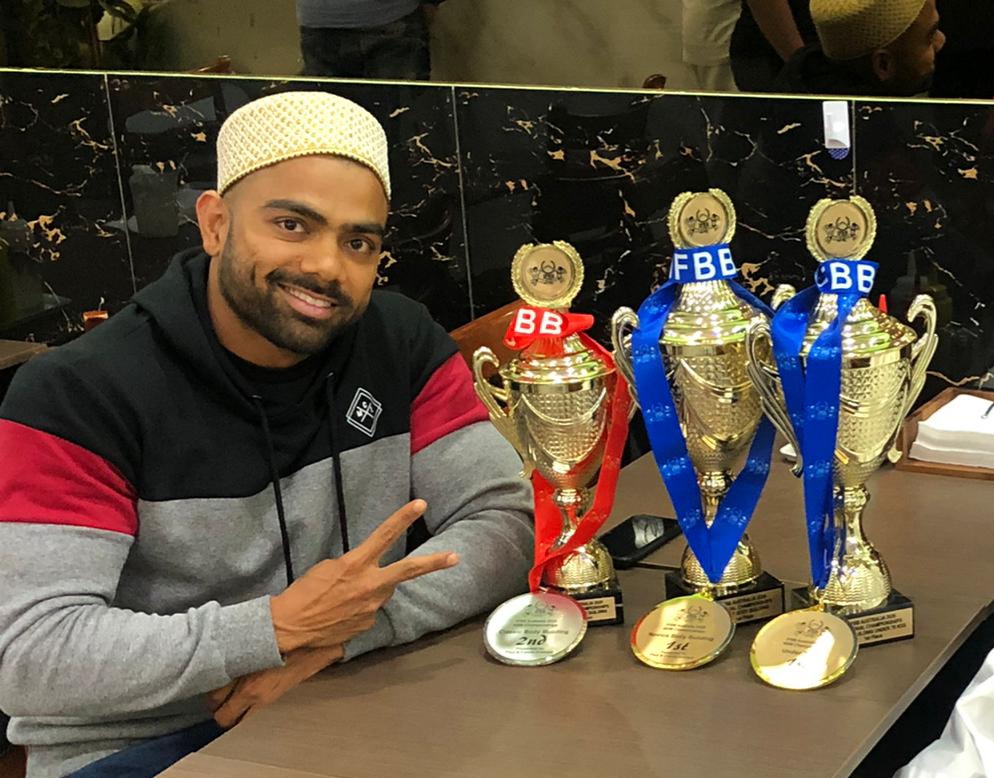 Hasnain won 4 Gold medals and 2 Silver medals in the bodybuilding competition organised by the (IFBB) on the 1st of November. His win was acknowledged by the Consul General of Pakistan in Sydney, Mr Muhammad Ashraf.

Born and brought up in Karachi, Hasnain’s passion for fitness started at the age of 14 when he first stepped into a gym. Hasnain hails from an average Pakistani family with no background in fitness training. His father had 11 siblings who were all diabetic, which made Hasnain more conscious about his eating habits and exercise routine and gave him the motivation to pursue a career in bodybuilding and fitness.

Weighing a mere 50kg, when he first came to Australia, Hasnain was very skinny. He wanted to look good and feel more confident which made him take up bodybuilding. He derives his inspiration from Arnold Schwarzenegger and his dedication from Imran Khan, the current Prime Minister of Pakistan who was once a renowned cricket player.

Hasnain came to Australia in 2009 as an international student. He pursued a Diploma in Business Management followed by a Bachelor’s in Accounting, going on to pursue a Master’s degree at the Australian Institute of Fitness.

He joined a gym in 2011 in Sydney and has never looked back since. In 2015, Hasnain realised that bodybuilding was the career for him and started training professionally from 2017 with a personal trainer. In 2018 he participated in the Australian National Bodybuilding (ANB) competition which was his first appearance in a professional competition.

When asked what his plans are for the future, Hasnain reiterates his commitment to bodybuilding and intends to continue competing professionally. He also wishes to raise awareness about the importance of physical fitness in leading a healthy and productive life.