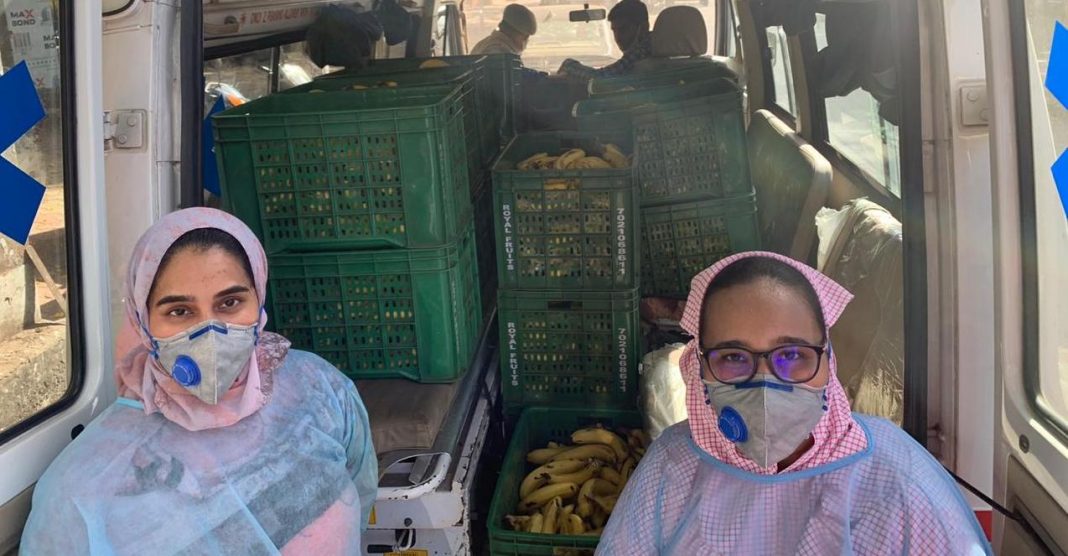 Commitment to service and supportive teamwork have been amongst the core values of GIANTS Group of Island City (GGIC), an NGO based in Mumbai founded and operated by volunteers from the Bohra community. GGIC is a subgroup of the larger GIANTS Welfare foundation instituted by the iconic social worker, late Shri Nana Chudasama and currently headed by his daughter Shaina NC.

Officiating operations in 2010, a group of like-minded Dawoodi Bohras came together with the sole aim of ‘spreading waves of happiness through service.’

The GGIC actively engages in community service and carries out its operations in a number of areas including civic development, medical, environment and education.

One of their most recent and continuing campaigns has been the ‘Hunger Door Karona’ (do away with hunger) campaign in South Mumbai.

Husena Sabuwala, a member of the group says, ‘When the pandemic struck and the country had to go into lockdown, the situation of the lesser privileged sections was alarming. We immediately started pooling our resources and began a food drive distributing a one-time meal daily at Clare road, Byculla.’

The group made partnerships with a few caterers who would make sure that hygiene and quality of food were never compromised.

Initially, they went about distributing on the pavements which became a logistical challenge. To make their task easier, Father Raj of the nearby Church graciously invited them to use the Church grounds as an operations unit, and they have been distributing meals from there ever since. The Church ground also became a rendezvous to plan out campaigns and extend relief efforts to other areas of the city.

One whole meal with a banana was the standard menu for 72 days. The entire campaign was always focused on the needy and the desperate, Husena says, adding that the campaign taught her about appreciating the little things in life and being grateful for them. It had not been easy for some of them as being professionals working from home, they had to manage their schedules on a tightrope. The looming threat of the virus was another fearful prospect, but the team kept their resolve firm and carried on with their service.

‘Watching people accepting meals and having the food was moving and motivating,’ reflects Husena.

A systematic delegation of responsibilities to conduct surveys, raise funds, and report to duty kept them synergised and motivated. Teamwork has been the standout feature of their success.

After the initial 72 days, they decided to distribute food at the same spot every Friday. The exponential increase of distribution began from the Islamic month of Muharram (mid-August) when they decided to distribute meals for 10 consecutive days, marking the martyrdom of Imam Husain AS, and eventually elevated their goal to provide 100 meals on a daily basis for the next 365 days.

Post lockdown, the slump in the employment sector left daily wage earners scouring for any kind of odd job. They would ask the group to provide them with employment, to which the group reluctantly replied that there were no jobs on offer, however, what they could offer was a guaranteed one-time meal which could be availed at the Church at 5:30 PM on a daily basis.

Till date the group has served 3,00,000+ beneficiaries and continues to adhere to their pledge of ‘Hunger Door Karona’ for the next 365 days. Their staunch commitment to serve the needy is a model for all to follow and justifiably earns them the title of being our Food Heroes.