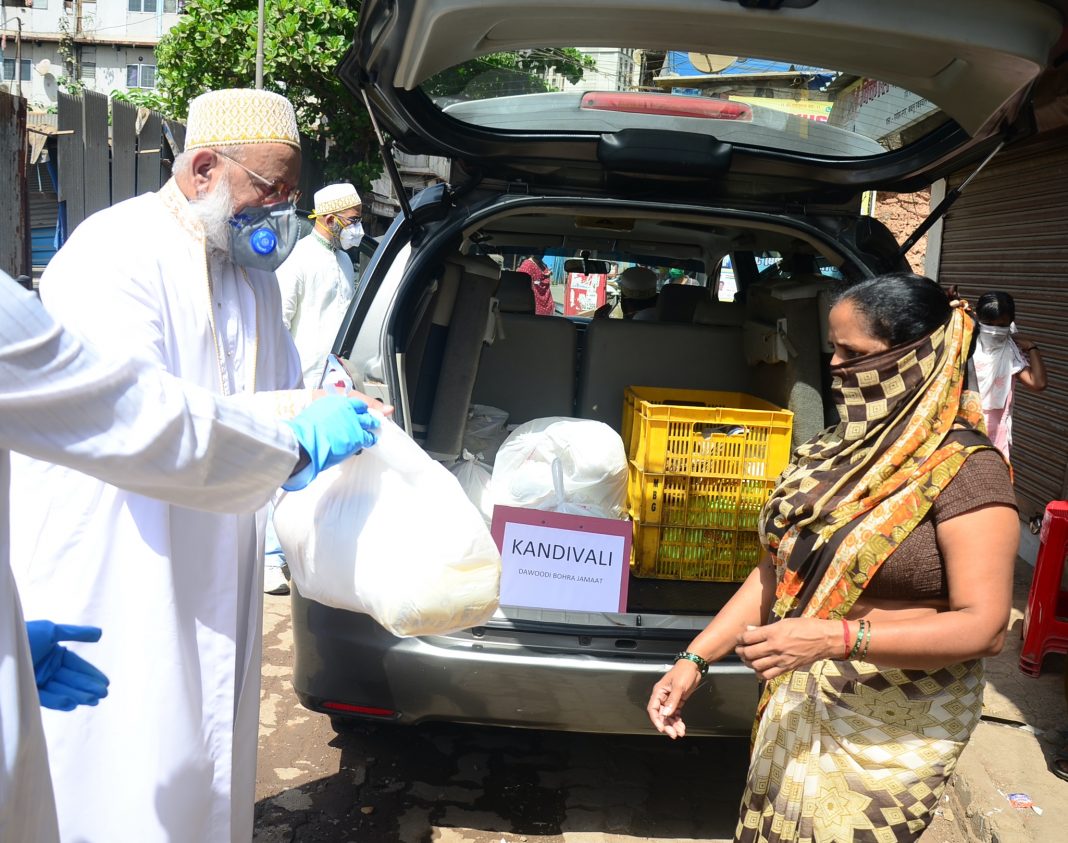 World Food Programme, one of the world’s largest humanitarian organisations, warned earlier this year that Covid-19 could result in a ‘hunger pandemic’. Lockdowns across the world wreaked havoc on supply chains, disrupting the movement of personnel and critical equipment. Thousands of daily wage earners were left on the brink of starvation due to loss of livelihood and the inability to procure daily essentials.

In the wake of this global crisis, the leader of the worldwide Dawoodi Bohra community, His Holiness Dr Syedna Mufaddal Saifuddin TUS directed community organisations across the world to wholeheartedly come to the aid of those in need.

Under the guidance of His Holiness TUS, the community kitchen known as Faiz al-Mawaid al-Burhaniyah (FMB) came forward to provide support to the less fortunate. Cooked meals, as well as essential dry rations were distributed to thousands of people through the community kitchen’s distribution networks as well as in partnership with other charities and ogranisations.

FMB works towards ensuring food security and making sure that every community member is provided a wholesome, nutritious meal at least once a day. In alignment with the second goal of the UN’s SDGs, it strives to achieve ‘zero hunger’ within the community. During times of crisis, its outreach is vastly expanded. This impetus to serve all mankind stem from the directive of His Holiness TUS who has said: ‘The FMB initiative must always be ready to serve our fellow human beings in need, especially in times of hardship and calamity.’

The community kitchen has previously risen to the occasion and mobilised food relief efforts in the face of crisis, particularly during the floods in Maharashtra, Chennai and Rajasthan as well as after Hurricane Harvey in Houston, USA.

The Honourable Prime Minister of India, Shri Narendra Modi acknowledged these efforts during an online webinar with various social welfare organisations and religious leaders, requesting the community to restart FMB kitchens in service of the nation during the lockdown.

Moiz Mann, a representative of His Holiness TUS formerly at Kandivali (Mumbai) said, ‘Having a well-established system of nearly ten years made a lot of difference as we were able to go about the task quickly.’

FMB volunteers would invite local authorities to their smart kitchens for inspection and procure official approval from them before beginning operations. ‘The authorities were satisfied by the safety precautions put in place for both cooks and volunteers. The local corporators also helped us identify the most affected areas to deliver food’ said Mann.

Community volunteers would be given special permits to travel to the affected areas and deliver food. ‘When we went out to distribute food, people would ask us to provide food boxes for their kids. We could see in their eyes how thankful they were. We felt humbled to be in a position to help and were proud that our community was taking these steps across India.’ said Mansoor Waangrelwala, a community volunteer from Rani Baug, Mumbai.

Till date, 213 community kitchens in 40 countries have provided over 4,78,000 packets of cooked meals and more than 700 tonnes of ration to those most in need.

This World Food Day as we reiterate our pledge to eradicate food hunger, we are inspired by the Food Heroes of the FMB community kitchens and their exemplary service.