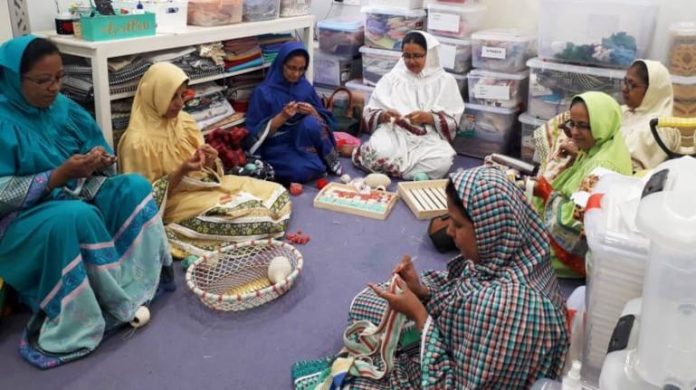 On July 27 and August 3, 2020, just days shy of the sixth National Handlooms Day celebration, the Union Minister of Textiles announced that the government would be abolishing the All India Handicrafts Board and the All India Handloom Board. These bodies, set up in 1952 and 1992 respectively, served as advisory bodies presenting the issues and concerns of the weavers and handicraft communities to the government.

After agriculture, the textile and handloom industries are the largest source of employment across India. Over the past several decades, they have battled numerous challenges, from unscrupulous middlemen and predatory retailers, to migration of the youth to urban centres away from their family vocations.

But the current coronavirus pandemic has exacerbated their woes. The colossal dip in economic activity and customer demand has made it difficult for them to stay afloat.

In such a time, instead of just being #VocalForLocal, we need to go the extra mile and #BuyLocal. Here are the stories of three enterprises working at the grassroots empowering traditional crafts and craftspeople, who are facing a huge challenge during the economic slowdown and lockdown.

Operating out of Mumbai, Pune and Surat, Happy Threads works towards uplifting the lives of talented, skilled and hardworking women, and helps them with a source of income from home-based occupation.

Established in 2016, they are now associated with over 1,000 women artisans from different locations who make products across six categories including home décor, soft toys, stationary, tote bags and accessories.

The concept came into being when Dr Syedna Mufaddal Saifuddin, the spiritual head of the Bohra Muslim community, visited Burhanpur in Madhya Pradesh and was presented with homemade papad (crispy snack) by a local girl. When the world-respected community leader enquired further, she said her mother made them and earned Rs 100 per day. Dr Syedna was very concerned as these earnings were insufficient to support an individual let alone a family.

Thus emerged the vision to help women in the community earn funds through their age-old crafts and existing skills. Since crochet was the most prevalent skill set amongst them (men in the Dawoodi Bohra community traditionally wear intricately crocheted caps made by women in their families), it was taken forward as the primary means of entrepreneurship.

In the first year itself, over two lakh floral bookmarks were crocheted by the association of women artisans and circulated by the organisation through a series of coordinators and volunteers.

More products were developed. The first sales happened through informal international channels in Florida, USA, and then realisation dawned that domestic markets could be larger and more successful.

The artisans at Happy Threads are women who seek livelihood enhancements but are also interested in the creation process and being active contributors to their family earnings. Some did not know crochet but joined the organisation and acquired the skills.

Others already had the skills but wanted to upgrade, while there was also a section of expert craftswomen who sought a good platform to display their products. Most of them are homemakers and view Happy Threads as a means through which they can contribute to their families.

They faced several challenges such as having to compete with cheap mass manufactured products; the intricate labour-intensive nature of their craft keeps volumes relatively low.

The unanticipated lockdown due to the Covid-19 pandemic further led to a sudden fall in demand. Reduced numbers of social gatherings meant low gifting opportunities among potential customers, exacerbated further by economic slowdown and income cuts. This called for a realignment of strategy.

One of the first steps taken was to introduce environment-friendly, sustainable face-masks. The use of e-commerce and social media was also pushed for, and instead of solely operating independently, Happy Threads began to align itself with other enterprises and websites, such as World Art Community, Limeroad and others.

They decided to use this time to streamline backend processes, and are now ready with their festive collection editions for Diwali and Christmas, well in time.

Further, all communications have been moved to virtual platforms. Artisans are being regularly contacted through messages and video calling. Recently, they organised a virtual training session for artisans in Chhattisgarh under the National Rural Livelihood Mission scheme supervised by a trained artisan and two designers.

Despite the challenges they have faced during the lockdown, from logistical problems to issues with procuring raw materials and delayed deliveries, they remain focused and optimistic about their future.

‘The agenda is to generate a steady stream of sales, increase the volume of work to the artisans, and of course increase the number of artisans that we reach out to,’ says spokesperson Tasnim Sabuwala.

To know more about Happy Thread visit their website: happythreads4u.com