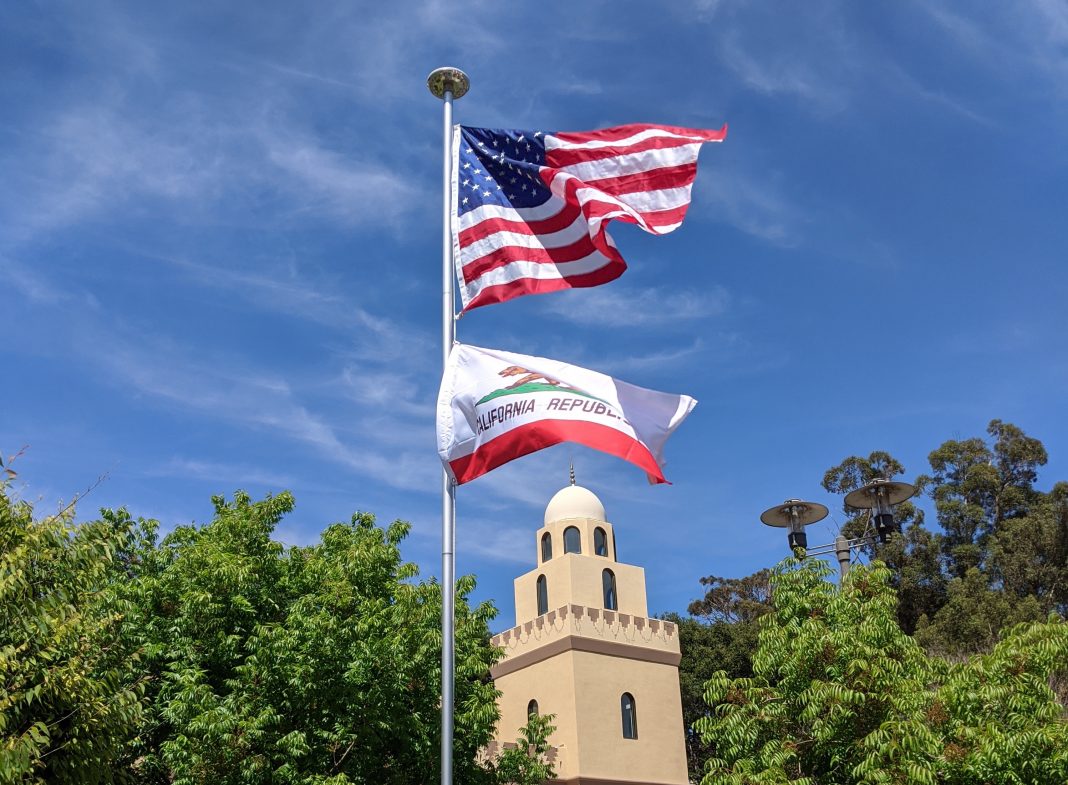 Community members in San Francisco celebrated Eid al-Fitr and Memorial Day virtually in the wake of Covid-19. Eid celebrations are an annual event attended widely by Bay Area community members and local elected and public safety officials. Typically the celebrations bring Freemont elected officials, friends of the community as well as fire trucks and squad cars to the Masjid complex for a flag raising ceremony where the national anthem is sung.

Mr Moiz Wajihuddin, president of the San Francisco community delivered a brief address saying, ‘Today, we’d like to recognise every person in uniform – whether they wear a badge or dawn scrubs – for their personal sacrifice during this unprecedented time. We salute each and every one of you and deeply appreciate your efforts. The flag we’re about to raise at Masjid-e-Mohammedi is in your honour.’

He continued, ‘If there’s one thing this situation has put a spotlight on, it’s that our actions are inseparably linked to the condition of others. The Dawoodi Bohra community is committed to being more intentional, more compassionate, and more generous. May we stand unified in the days ahead.’

Raj Munaim, a member of the San Francisco Dawoodi Bohra community’s Board of Directors said, ‘Eid al-Fitr and Memorial Day coincided wonderfully this year. We felt it was incredibly important for us to bring everyone together to commemorate the sacrifice of men and women in uniform as we welcomed the new month. We were so pleased to lean on technology to make this work safely.’

With clear directives from His Holiness Dr Syedna Mufaddal Saifuddin TUS to strictly follow all government rules and guidelines, the Dawoodi Bohra community of San Francisco observed the Holy Month of Ramadan in their respective homes.

Also inspired by His Holiness TUS, the Bohra community of San Francisco engaged in acts of charity during the holy month of Ramadan by donating food and other supplies to support those in need, and Personal Protective Equipment for first responders.