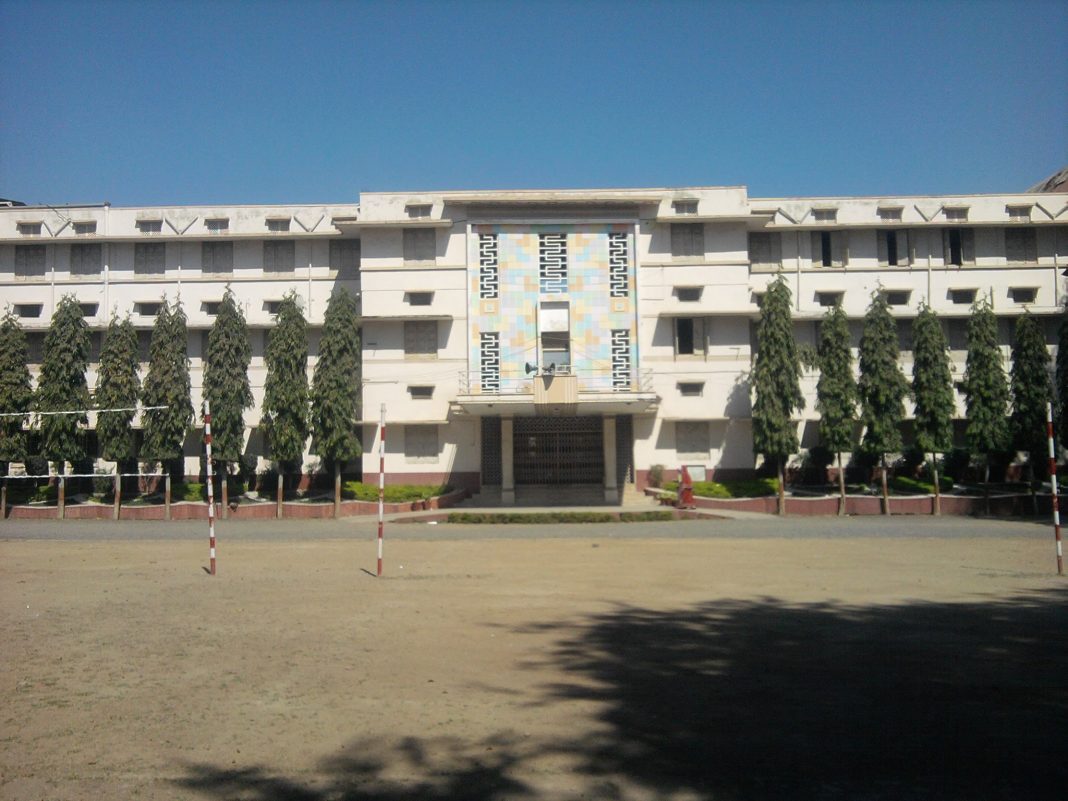 We live in a time and society, where religion, knowledge and science are perceived as mutual adversaries. It is extremely necessary to describe the position of religion in terms of knowledge, in theory as well as in practice. Stating the importance given to education, the first verses of the Holy Quran state: ‘Read. Read in the name of your Lord who created; [He] created the human being from a blood clot. Read in the name of your Lord who taught by the pen: [He] taught the human being what he did not know.’ Ammar Bagh-E-Nounehaal Senior Secondary School came into existence by living up to the holistic aspect of keeping the spirit of quality-based education alive through correct Islamic perspectives.

In today’s education system, the need of the hour is to create a real-world connection between the lessons and the learning. ABN School strives towards an education which is holistic yet efficient, adheres to the directives of Islam, and builds a strong connection between the students and their faith. The School’s vision clearly articulates that education must be attained in accordance with the correct Islamic perspectives in order to produce a generation of pupils well equipped to tackle the demands of modern life while staying true to their faith and beliefs.

A Place for Broad Interdisciplinary Education Originally founded in 1955 as ‘Saifee School,’ the school has been serving members of the Dawoodi Bohra Community for the past 65 years. Amidst the busy lanes and noisy roads of Chhatribagh, an oasis of knowledge lies inside the sprawling and peaceful campus of ABN School. The school achieved CBSE affiliation in 2003, and the institute boasts an astonishing 10,000 plus strong alumni body. ABN School is a household name among the Bohra Community of Indore for its brilliance in serving the community and the society.

When we got an opportunity of having a brief conversation with Mr Husain Saher, the principal of the school, he stated, ‘The institute has also been achieving great laurels in the field of education and religion, striving hard towards progressing on a similar path.’ Talking more about the education philosophy followed at ABN School, Mr Husain added, ‘The educational philosophy of the school heavily relies on the Islamic principles of faith and it strives hard towards inculcating these principles in the minds and hearts of the students studying at the institute.’ 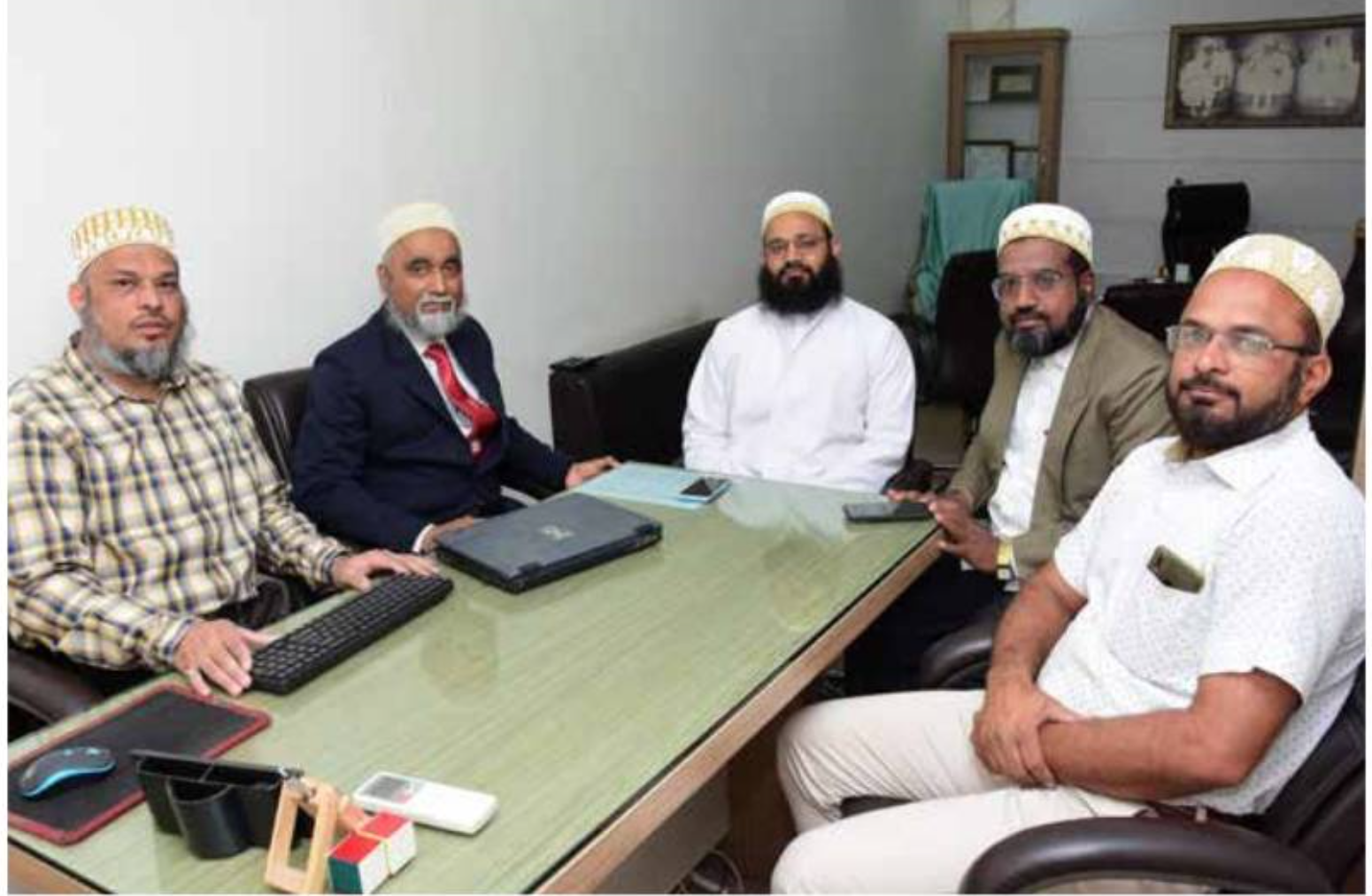 Religion plays a major role in the school, and their vision, in the words of the school’s founder the 52nd al-Dai al-Mutlaq Syedna Mohammad Burhanuddin RA is as follows: ‘Education should be imparted from the correct Islamic perspective. Its target should be to inculcate the principles of faith in the student’s mind; its goal should be of adherence to the directives of the infallible Imams from the progeny of the Prophet Muhammad SAW; its fruit and essence should be to achieve eternity and salvation.’

It is the wish of Dr Syedna Mufaddal Saifuddin TUS, the head of the Bohra Community, that there be at least one ‘hafiz’ i.e. one who has committed the entire Holy Quran to memory, in every Bohra household. Identifying the unyielding connection between the Holy Quran and education, ABN School made its mission to pursue this goal and after several years of hard work and unceasing dedication, the school has reached a stage where memorisation of the Holy Quran has become an integral part of its curriculum. ABN boasts the highest number of huffaz (sing. hafiz) among all community schools across the world. Results have shown that those who regularly memorise the Holy Quran show better academic performance as compared to those who do not. Hence, at ABN School, numeracy and literacy skills are enhanced by virtue of memorisation, which instills discipline and manners in them.

Seeking knowledge through the correct Islamic Perspective, Bohras are one of the most prominent Muslim communities in Indore and other parts of India and the schools run by the community are referred to as Imani Schools. ABN School works towards achieving cultural manifestations in the school campus in a manner that does not compromise the teaching and learning process. The culture of the school reflects the guidance of the Bohra Community leader Dr Syedna Mufaddal Saifuddin TUS who emphasises that progress is futile if not rooted in tradition.

A typical day at ABN starts with ‘tilawat al-dua’, an Arabic phrase that means the recitation of prayers. Usually lasting 20 minutes, the students and teachers engage in reciting odes, hymns, and elegies in the fond memory of Imam Husain AS, the grandson of the Prophet Mohammed SAW. The stories of his martyrdom in the Battle of Karbala are remembered and the sacrifices of his close aides and family members are recalled, giving rise to a sense of selflessness in the face of calamity, and how we must work to better our hereafter by doing good in this world.

The ‘tilawat al-dua’ ends with the national anthem after which students proceed to their respective classrooms. The timetable of the school ensures that adequate breaks are given for namaz (daily prayers). The uniform of the students reflects traditional Bohra culture; the distinctive Bohra cap for boys, topi, and the rida for girls are part of the uniform. A major pillar of Bohra faith is taharat (ritual purity), which is quite evident in the teaching methodologies and the curriculum.

Experiential learning is the key to providing quality education to students. In addition, the infrastructure of the school is designed in a way that taharat is maintained before and during prayers.