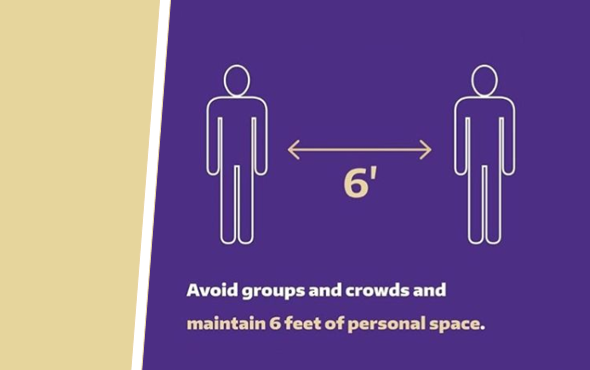 In a realm governed by dichotomies and inverse forces engaged in a perpetual battle to prevail over one another, we are no strangers to the contradictions that exist all around us; light and darkness, ease and hardship, health and illness.

In this article, we take a look at how illness is understood in Fatimi philosophical tradition and how that outlook can aid and guide us as we navigate the complexities of an unprecedented global pandemic.

Syedna al-Muʾayyad al-Shirazi RA establishes maladies as conditions in which the state of a healthy functioning body is inverted to such an extent that the very sustenance that aided its growth and imparted virility, now causes the body harm and detriment. The sustenance itself has undergone no change in its constitution but what has undoubtedly changed is the way in which it is received by the ailing body.

‘Like the one who, due to an excess in ailment finds the water bitter,

It is he who is ill and not the water.’

Illness and disease thus can be understood as a quality which inverts the nature and constitution of living beings to such an extent that the very elements that nourish and sustain them are transformed into agents of harm and impairment.

Under such circumstances, the logical and indeed natural recourse is to amend dietary norms and adopt alternative practices that thwart the progression of illness.

In the Epistles of Ikhwān al-Safāʾ, Imam Ahmed al-Mastur AS underscores the importance of humankind’s need to socialise and interact by stating that: ‘A lonesome man cannot live but a miserable life.’ As social beings, coming together in various aspects of life constitutes the very essence of what it means to be human. From commerce to education to religion, connecting with our fellow human beings results in collective growth, synergy and the strength to progress and overcome even the most daunting challenges.

As the world increasingly finds itself in the throes of the novel Coronavirus, Covid-19, we bear witness to an illness-induced inversion where the act of physically coming together and interacting with our fellow man, ever the mainstay of our collective betterment, has now morphed into the most potent threat to our wellbeing. This necessitates the need to do things differently and to socially distance ourselves from one another, much like the changes in intake and diet we are forced to undergo when contracting illnesses of different sorts.

The Prophet Mohammed SAW states that: ‘Coming together is a blessing while separation is torment.’ Even within the scope of our presently inverted reality, his words ring true. We find ourselves in a situation where we must come together in a unified approach to socially distance ourselves from one another and realise that in doing so, we are not separate from one another and consequently in torment, but to the contrary, we are closely bound together by our collective determination to overcome this global pandemic.

Expounding on the nature of inverse elements that are contrary to each other Imam Ahmed al-Mastur AS states: ‘That is because hotness and coldness are two opposing entities that cannot come together under one single circumstance, in one single place, but when one becomes apparent the other is hidden and concealed that they may both always be in existence because nothing can exist without both.’

Illness in the Islamic tradition is a state in which man becomes acutely aware of his mortality and begins to reflect upon the life he has led. Much like the image of ourselves we see in the mirror which despite being laterally inverted, still shows us an accurate likeness, times of illness and hardship such as these compel us to reflect on how and why it all came to be. They give us pause to contemplate the apparent image of reality as it is discerned on the surface and at the same time inspire us to hope, pray and work towards the inverse which although concealed, is yet very much in existence. The Holy Quran states: ‘For indeed with hardship there is ease. Indeed with hardship, there is ease (94:5,6).’

In a realm governed by dichotomies and opposing forces, nothing exists without its inverse. As far as our current predicament is concerned, whether illness or health prevails and which of the two contrary forces reigns predominant, will be determined to a great extent by the choices we all make today.