In his brief address, Syedna especially expressed his gratitude to His Highness Sheikh Sultan Bin Muhammad Al Qasimi, Supreme Council Member and the Ruler of Sharjah, and thanked the Government of Sharjah for their continued support to the community and its members.

Mustafa Taher, PR Coordinator of the Bohra community in Sharjah, said: ‘The expansion of the masjid represents the community’s commitment and devotion to the growth and development of Sharjah.’ ‘It is our community’s only masjid in Sharjah and the fifth in the UAE.’ added Dr Taher. 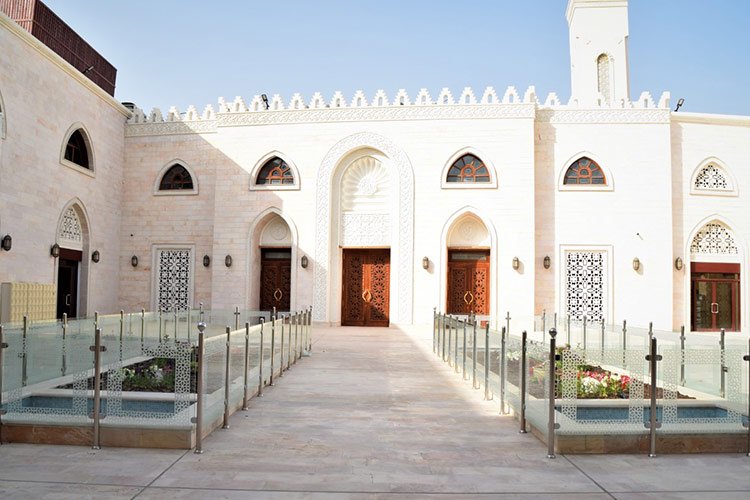 The land for the masjid was gifted by Sheikh Sultan to Syedna’s father, the late Dr Syedna Mohammed Burhanuddin, who inaugurated the masjid in 2003.

Since then, to accommodate the growing population of the Bohra community in Sharjah, a request for expanding the masjid was made to Sheikh Sultan, who graciously offered the adjacent land to the community.

The masjid’s architecture reflects the Fatimi designs as seen in various masjids in Egypt from the Fatimid era. The facade of the masjid and its arcades are imitated from the Masjid-Al-Anwar at Bab al-futuh and the al-aqmar masjid in Cairo, built 900 years ago. First built in 2003, the newly expanded masjid can today accommodate over 4,000 worshippers.

Syedna Saifuddin arrived in Sharjah on Sunday, the 16th of February. During his stay in the city, Syedna is also expected to meet with government officials along with interacting with community members and inquiring after their wellbeing.