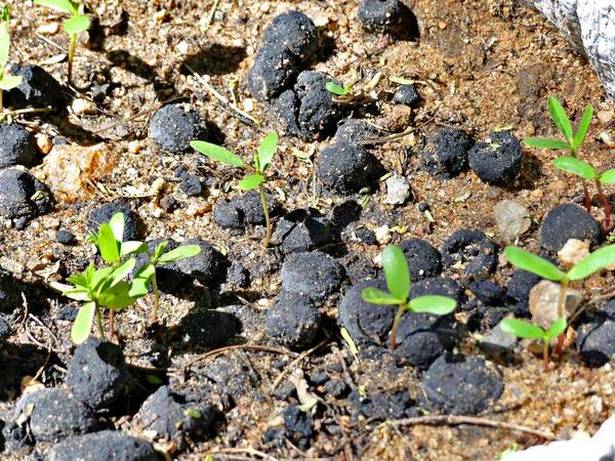 The Dawoodi Bohra community’s spiritual leader, Syedna Mufaddal Saifuddin, who celebrated his 76th birthday as per the Islamic calendar on December 17, 2019, has donated 76,000 seed balls to Kenya to mark the occasion. The Syedna celebrates his birthday on the birthday of his father and predecessor, Syedna Mohammed Burhanuddin.

Kenya has large areas of land in need of reforestation and the Syedna’s donation may help grow over 35,000 trees of native species. The seed balls, which were donated last week, will be planted in southern Kenya near Amboseli National Park — which is known for its elephant herds and beautiful views of Mount Kilimanjaro — and near the town of Kibwezi. The seed balls will be scattered by the traditional Maasai warriors under the supervision of Lion Guardians, a conservation organisation.

The seed is placed in a ball of charcoal dust mixed with nutritious binders. The biochar coating protects the seed from predators such as birds, rodents and insects, and extreme temperature until the rains arrive. It is believed that direct seeding reduces transplantation shock and helps young trees grow stronger roots, which in turn helps them grow into stronger trees.

‘Over the years, Kenya has seen a huge loss of indigenous species of trees, causing environmental damage,’ said Teddy Kinyanjui, co-founder of Seedballs Kenya, which has pioneered a method of producing seed balls in large numbers for low-cost and efficient reintroduction of trees and grass species into degraded areas. Mr. Kinyanjui said a seed ball costs one Kenyan shilling, which is less than a rupee. ‘The key is to have seeds of native species. Our seeds are tested at 40%-60% germination rate by the Kenya Forest Research Institute,’ he said.

The east Africa region has more than 10,000 Dawoodi Bohras. Kenya has over 5,500 Dawoodi Bohras mostly concentrated in Nairobi and Mombasa. A community member said their religious leader had donated 60,000 seed balls a few months ago and he decided to donate another 76,000 to mark his 76th birthday. ‘Besides distributing seed balls to increase afforestation, the Dawoodi Bohra community of Nairobi and students of Aljamea-tus-Saifiyah have started a programme to revive the choked Mbagathi river. The clean-up began as part of the celebrations of the 76th birthday,’ the community member said. The clean-up drive was followed by scattering of seed balls along the river banks.