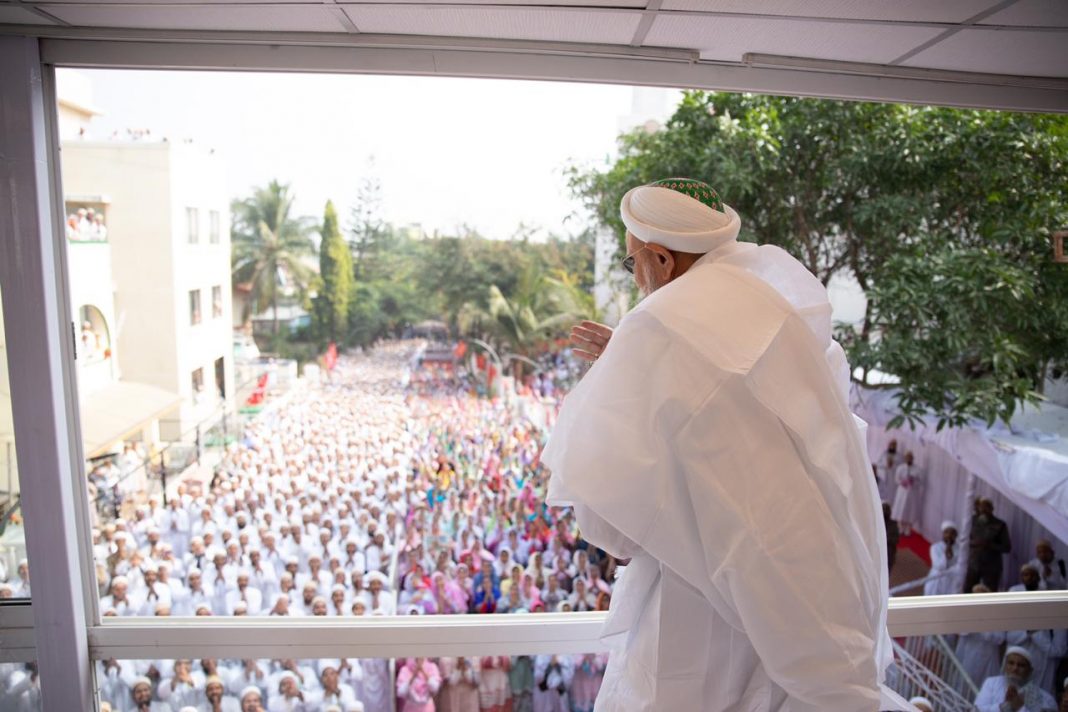 The Dawoodi Bohra community in the city welcomed the 53rd al-Dai al-Mutlaq and head of the community, His Holiness Dr Syedna Mufaddal Saifuddin for a 7-day visit in Pune, which began on January 2nd.

His Holiness was received by government officials, dignitaries and senior members of the community. This is Syedna’s second visit to Pune after acceding to the leadership of the community in 2014.

Syedna Saifuddin is in the city to deliver a sermon commemorating the death anniversary of Maulatuna Fatema al-Zahra AS, the Prophet Mohammed’s SAW daughter, which falls on January 5th, this year.

‘In his sermon, Syedna counseled the congregation on both religious and temporal matters along with advising members to remain loyal citizens and contribute fully towards the progress of the country,’ said a local spokesperson of the community.

‘Thousands of community members from different parts of India and abroad gathered in Pune to commemorate this occasion with His Holiness. The discourse was relayed live from the historic Saifee Masjid in Raviwar Peth to several other masjids and community centres in Pune,’ the spokesperson added.

During Syedna’s stay in the city, numerous socio-cultural programmes were held including a trade fair and a mass marriage ceremony known as ‘Rasme Saifee’. As is the practice, wherever he travels, Syedna met with local community members, enquired about their well-being and blessed them with his guidance and benedictions.

Senior government officials of the state, businessmen and inter-faith leaders also met with Syedna and discussed areas of mutual interest.

A close-knit Dawoodi Bohra community initially settled in Pune around 200 years ago during the rule of the Peshwas. Today, over 20,0000 community members reside in different areas of the city with a large majority settled in Kondhwa, Salunkhe Vihar, Fatemanagar, Camp city and PCMC area. Bohra Ali, one of the most popular business hubs of the Bohra community in Pune, has become a shoppers’ delight over the years.