Life tends to progress in a cyclical manner. The Holy Quran states: ‘Allah created you from weakness and then after weakness gave strength and after strength weakness.’ This verse establishes a correlation between the early stages of life, when a child requires care and attention, and the later stages when the same conditions are seen in the elderly.

In this article, we take a look at the various conceptions of old age in Fatimi literature and philosophy while examining Islam’s outlook towards the elderly and the ongoing community initiative to care for our elders.

In nature, we find the prevalence of cycles; processes commencing at a certain point, advancing, and finally terminating at the point of commencement. One such example is the annual cycle of seasons. In the epistles of Ikhwān al-Safaʾ, Imam Ahmed al-Mastur AS draws parallels between the stages of human life and the seasons, whereby he likens old age to winter, which is defined by the onset of cold weather, fallen leaves, inactivity and a prevalence of paleness and gloom.

Describing the effects of old age Syedna al-Muʾayyad al-Shirazi RA states in one of his couplets:

‘fragility of body, feebleness of bones,

and the colour which is pale and fading.’

Old age is a theme commonly explored in Fatimi literature and one aspect that is consistent throughout different periods and genres is that the effects of old age are always attributed to the body and not the soul.

In the epistles, Imam Ahmed al-Mastur AS expounds on this understanding by quoting the couplets:

‘and within the body resides a soul that does not age with it, even though the face deteriorates.

The days may alter what they wish,

I may reach the end of my days but my soul shall remain young.’ 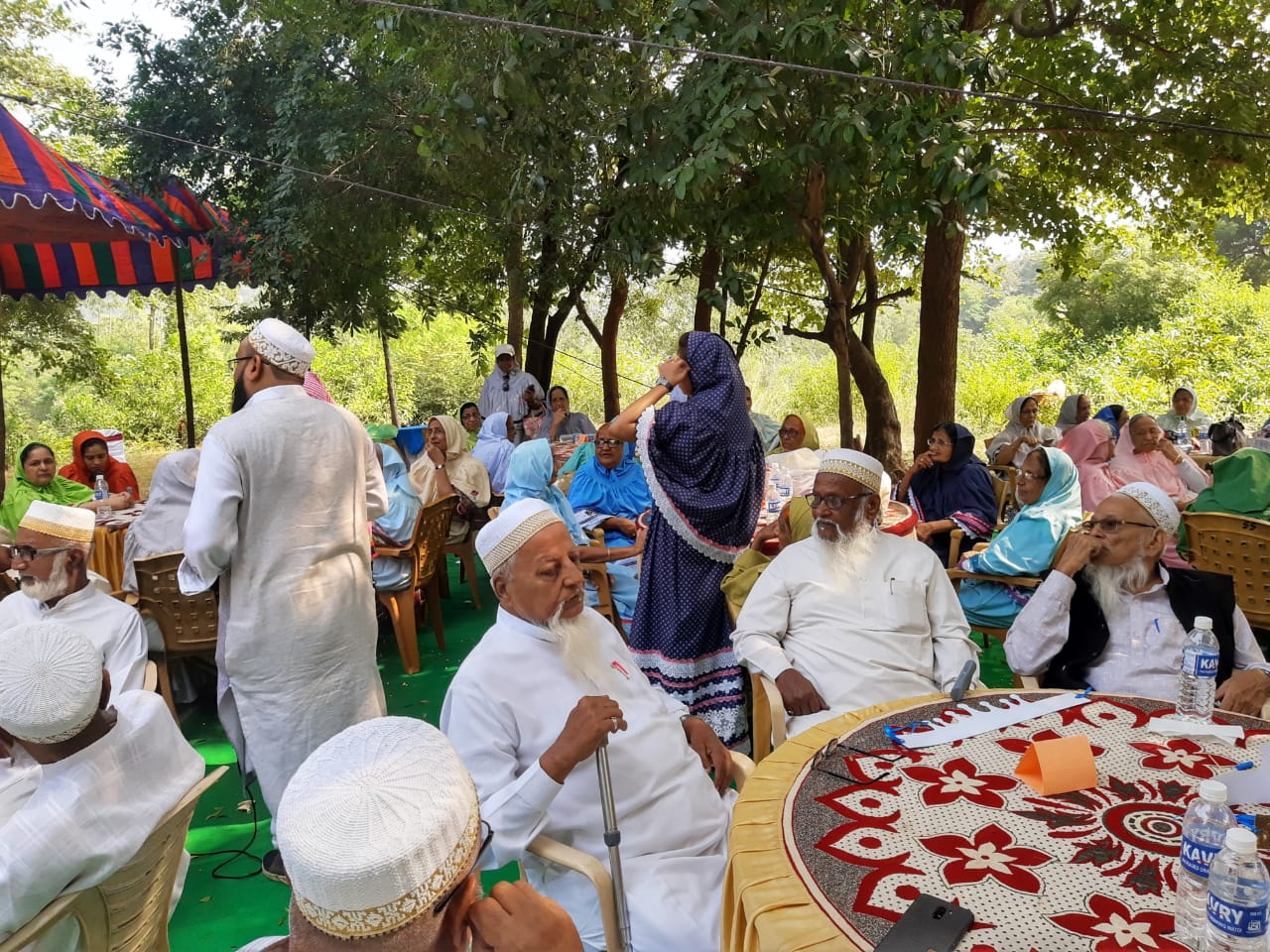 Fatimi philosophy dictates that even though the physical form is prone to decay, eventually returning to the elemental absolutes from which it came, the soul need not be affected by this cycle; the soul originates from a realm of knowledge, life and strength and is destined to return to its source. Yet the fact that these two disparate entities are conjoined, necessitates that they both exert and accept each other’s influence. The vitality of the soul is to a certain extent dependent on that of the body, and the decline in physical wellbeing due to the process of ageing can have a corresponding detrimental effect on the soul. This is why it becomes all the more necessary for the elderly to be revitalised and rejuvenated through communal engagement. Due to the resilience of the soul, humanity’s need to socialise does not diminish with the progression of age. Why then should the aged be relegated to a lonesome existence when they are most in need of company.

Islam has a long-standing tradition of respect for elders. Its customs dictate that they be given preference and consideration in all walks of life. The Holy Quran urges Muslims to care for their parents and pray for their well being as a way of reciprocating their nurturing care during childhood. The Prophet Mohammed SAW states: ‘blessings reside with your elders.’ 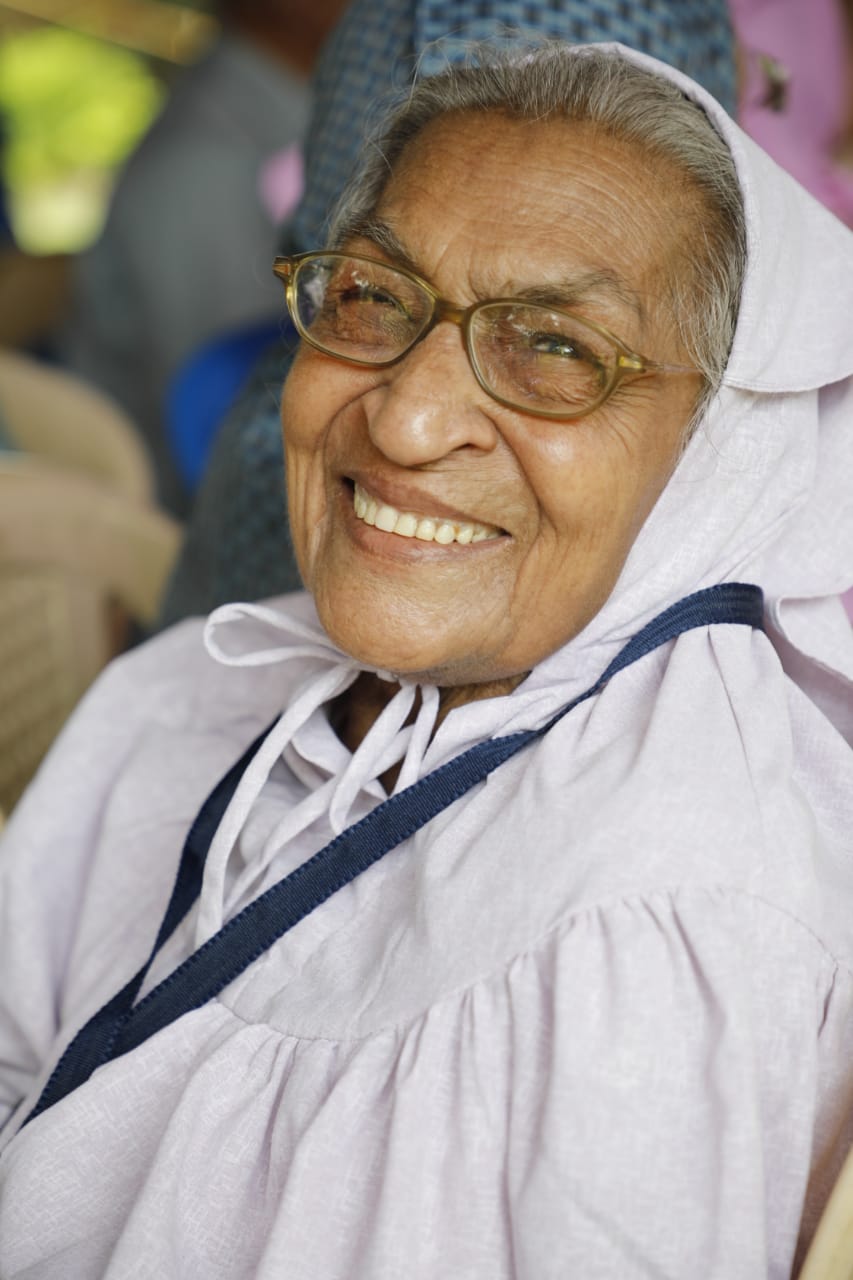 With the onset of old age and the general decline in physical strength and vigour, many tend to spend more and more time indoors, in a state of perennial inactivity and boredom which has a negative impact on both their physical as well as mental well being.

A case in point is two brothers named Shujauddin and Nooruddin residing alone in Surat. Like many senior citizens who have nobody to look after them, life for the two of them generally tends to be grey and grim. They have both been laid off work because they can no longer cope up and, as a result, spend their days idling at home with nothing to occupy their time. They had even opted out of community kitchen meals because they are not equipped to wash their dishes after meals, and so prefer to have tea and biscuits at a nearby vendor twice a day, which they consider lunch and dinner.

In his past few sermons, His Holiness Syedna Mufaddal Saifuddin TUS has drawn attention to the matter of care for the elderly, entreating community members to fulfil the Islamic obligation of brotherhood and fraternity by enquiring after elders in society and making sure that their needs are met. He counselled community members to organise recurring activities for the elderly especially those above the age of 70, so that they could meet with their peers and be taken outdoors for picnics, sightseeing and other recreational activities to uplift their spirits and bring joy to their lives.

Heeding his counsel, community members across the world organised events and activities for the elderly. In Secunderabad where His Holiness TUS reiterated this message during the chehlum sermon, elders were brought to meet with him at a dedicated event where he interacted with them before they were taken for a day of outings and sightseeing.

This concept of communal eldercare is a pressing issue in today’s world and it is incumbent upon the younger generations to take care of their own elderly relatives as well as those elders who do not have any family to turn to. Instead of the prevalent western practice – which is now starting to make its way to the Indian subcontinent and other developing regions – where care for elders takes on a commercial model and becomes a paid service offered by homes, this movement serves to recalibrate priorities and readjust attitudes towards personally caring for our elders. By making it a collective endeavour, the results are far more superior requiring a fraction of the effort otherwise needed. For those involved in helping out, inspiring life lessons are learnt in the process. After all, our elders are the custodians of a wealth of experience and knowledge which we all stand to benefit from. 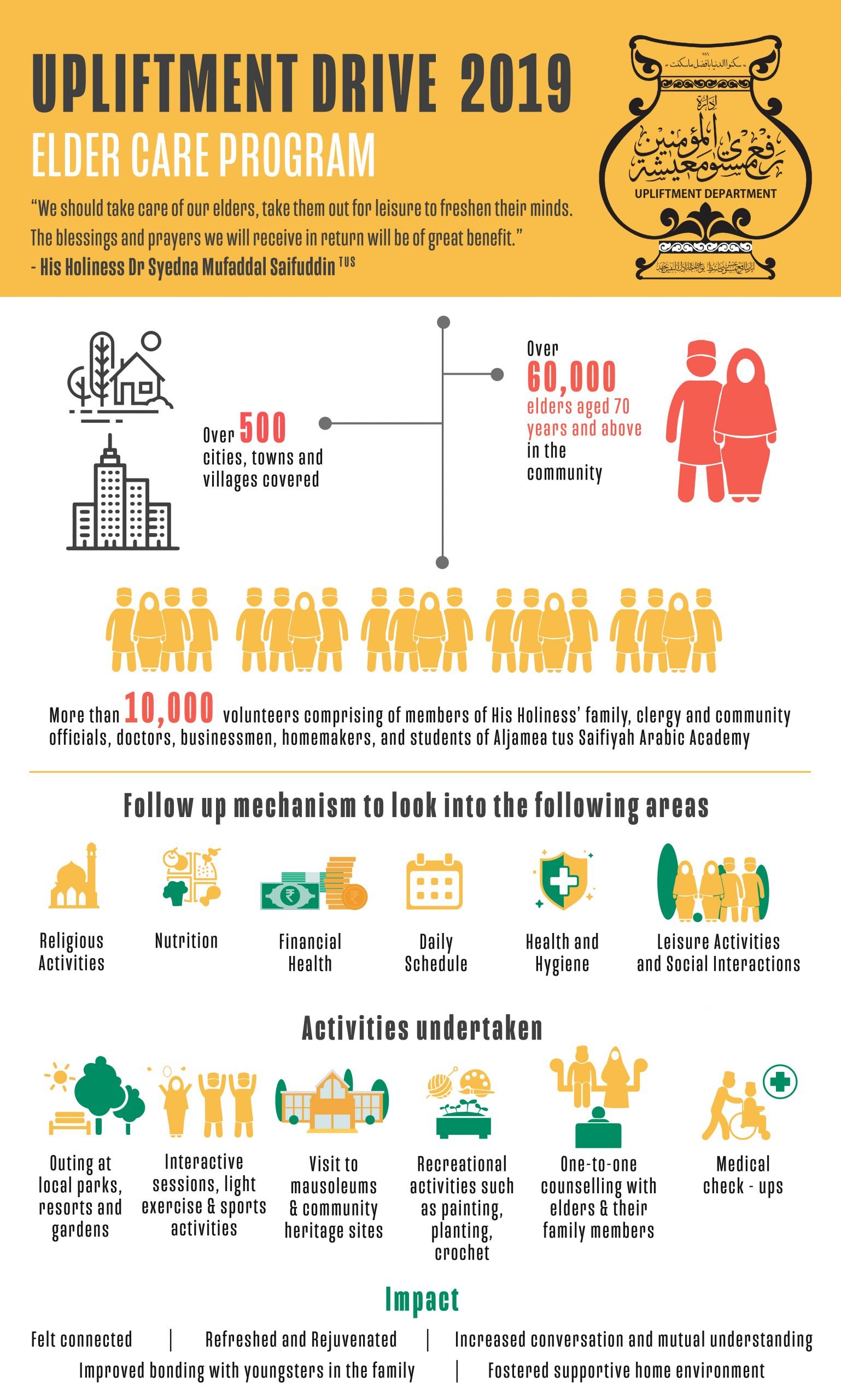 Every society owes its elders a great debt. Their hard work and contributions have greatly influenced our present and if not as a moral and social obligation inspired by holy scriptures and centuries of tradition, we are obliged to repay their kindness towards us when we were growing up in a like manner. The cyclical nature of things holds true for our actions as well. The adage; ‘O son of Adam, as you do unto others so shall be done unto you,’ is a stark reminder for us all that we too are destined for the same treatment that we give our elders today. 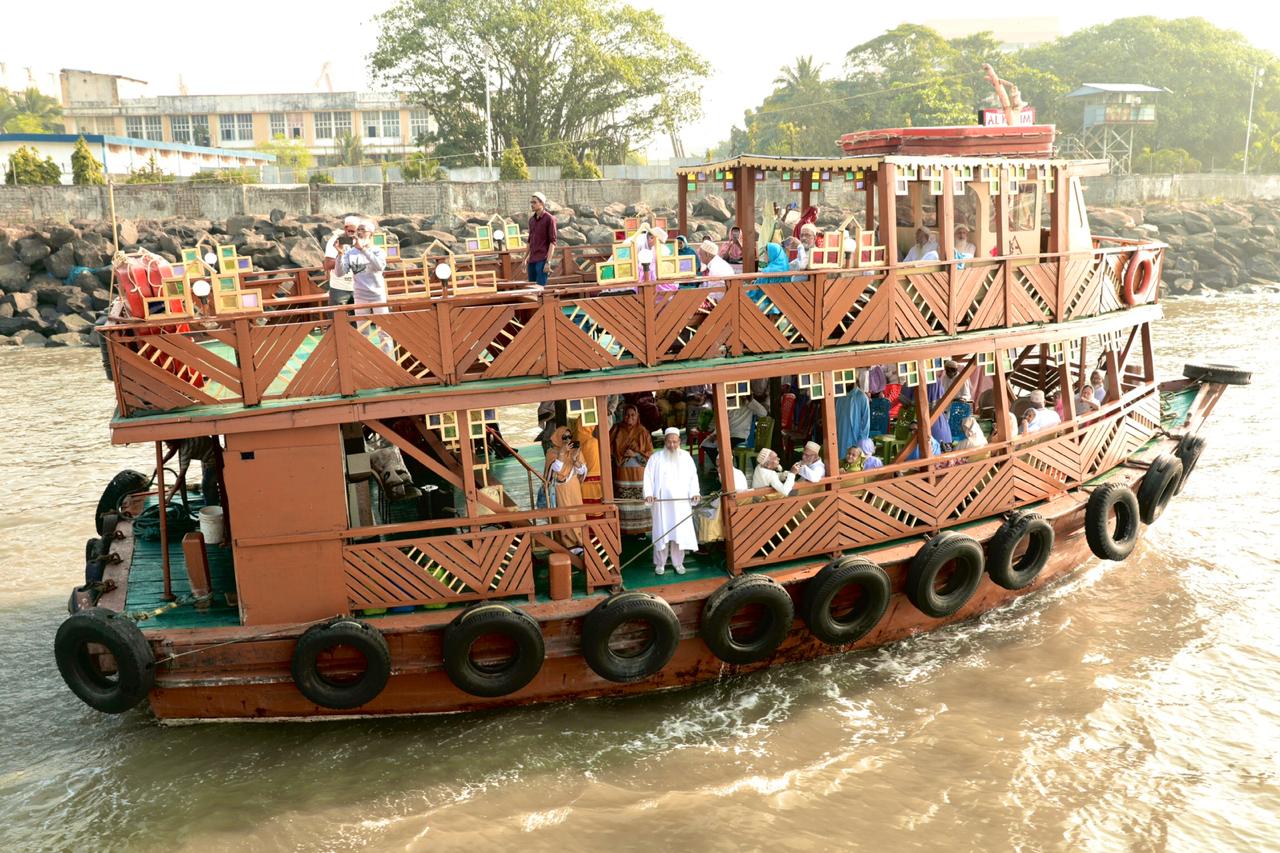