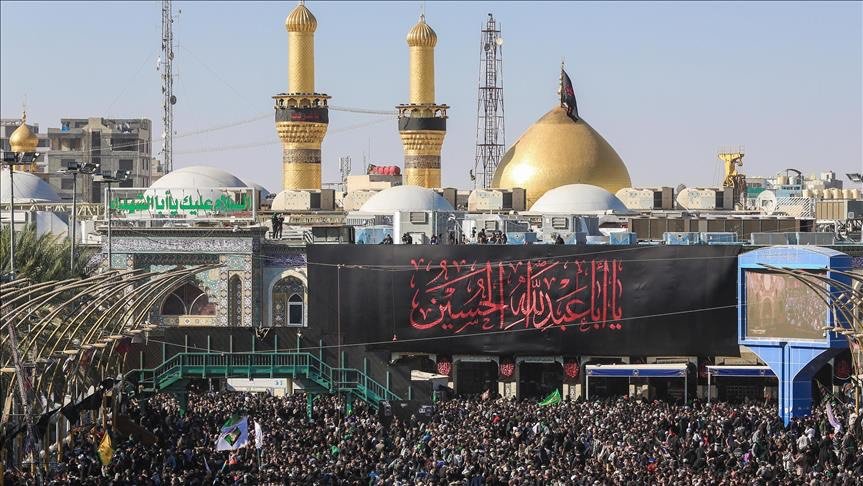 The past 5 years have been tough on me and my family. We fought battles on each front – health, emotion, finance. It felt like we couldn’t catch a break. As 2019 rolled in, I had officially reached the end of my tether. Although things had slowly, but steadily improved over the years, I was drained of all energy and was going through the motions of life without actually living it. I was getting into arguments with everyone, my friends and family were walking on eggshells around me.

I think you get the point.

Sometime after the last Ramadan, I spoke to a close friend of the family about emigrating to another country, getting a job, settling down and then begin the process of moving my parents as well. He sat me down and said ‘You’re making rash decisions, you need to take a break and calm down. You know acting on this plan of yours will be taking a step back on multiple levels, not just careerwise.’ He suggested I go to Karbala* for the ziyarat of Imam Husain AS and I agreed. With Moharram just round the corner I decided that I would visit Karbala during Ashara Mubaraka.

Right before I left, I met with my friend again and brought up the move, he once again shut me down and told me we would revisit this conversation once I came back from my trip. I scoffed, ‘You’re acting as if I will be a different person once I return.’ He replied with unshakable resolve, ‘You will be.’

Hence began my hunt for peace. I left for Karbala with only one thought on loop, I just want some peace of mind.

Upon reaching Iraq, I spent 2 days in Najaf al-Ashraf, which is the resting place of Maulana Ali AS and then departed for Karbala, which would be home for the remaining 11 days of my trip.

As Ashara Mubarak began, I immersed myself in the waaz and zikr of Imam Husain AS, shutting off the world outside (I’ve never been more thankful for spotty Internet connection) and the reality of where I was slowly, but surely, sank in. I was standing right where the beloved grandson of Prophet Mohammed SAW was martyred. Where the Prophet’s SAW family were left starving and deprived of water for three days. Where the Imam’s AS family was slaughtered in front of his eyes. Where his enemies spared not even his 6 month old infant. Where he left behind his family, alone and in a foriegn land.

Lost in the insurmountable grief of the tragedy of Karbala, I forgot to wallow in self-pity, or cry about my mundane problems. Remembering the enormity of what took place in Karbala reminded me that my problems were fleeting, that I could overcome them.

As I held on to that, my perspective changed. I no longer looked at life from the lens of despair because, although life has its obstacles, everything was insignificant in the light of the tragedy of Karbala. The tears I shed over the cruelty and injustice faced by Imam Husain cleansed me of all my worldly grief.

During this Aashur, along with millions of Shias around the world, I paid my respects to the Imam who sacrificed himself and his family for countless others who will come after him in Karbala.

This Aashur, I grieved a little more than the last, but never enough.

This Aashur, I wept for that Imam who was betrayed by his people.

This Aashur, my petty, first-world problems vanished in the magnitude of the sacrifice borne by my Prophet’s family.

Finally, this Aashur, I was more at peace with myself than ever before.

I’ve been back three days, and I tell everyone who asks about my journey ‘Everything is exactly the way I left it, but I have changed.’