Laddoos fortified with micronutrients have brought about a positive change in the nutritional parameters of children, pregnant women and lactating mothers in the slum pocket of Govandi. Distributed in eight anganwadis in the area, the ladoos made of ragi, soya, and wheat enriched with flavours of cardamom, ghee and sugar, have resulted in weight gain, better attendance and an overall improvement in the growth of children.

The malnutrition alleviation project, an initiative by the Dawoodi Bohra community’s Project Rise was started in April in collaboration with the State government’s Integrated Child Development Services (ICDS) and the Association of Nutrition and Development Action.

‘Children coming to the anganwadis suffered from high muscle wasting and stunting. Many of them had a big head with a small body and a pot belly,’ said nutritionist Alifia Bhol who is attached to Project Rise. ‘The aim of introducing micro-nutrient rich supplement was to increase height and weight. After introducing the ladoos, the overall intake of food has also improved in the children,’ she said, adding that the idea is to not just provide fortified food but also bring about awareness of the importance of nutritious eating in the population.

In the eight anganwadis adopted under the initiative, a child first eats the fortified ladoo and then goes on to have the other meals provided under ICDS. For pregnant and lactating women, the ladoos are sent home through the children and women who come to collect them at the anganwadis.

‘We supply a premix of the ladoos to the anganwadis. The anganwadi sevikas have been trained to add water and roll the mixture into round balls,’ said Alvin DSouza, programme head, Association of Nutrition and Development Action. He said each ladoo provides 230 to 240 calories of energy, nearly five grams of protein, minerals and vitamins. 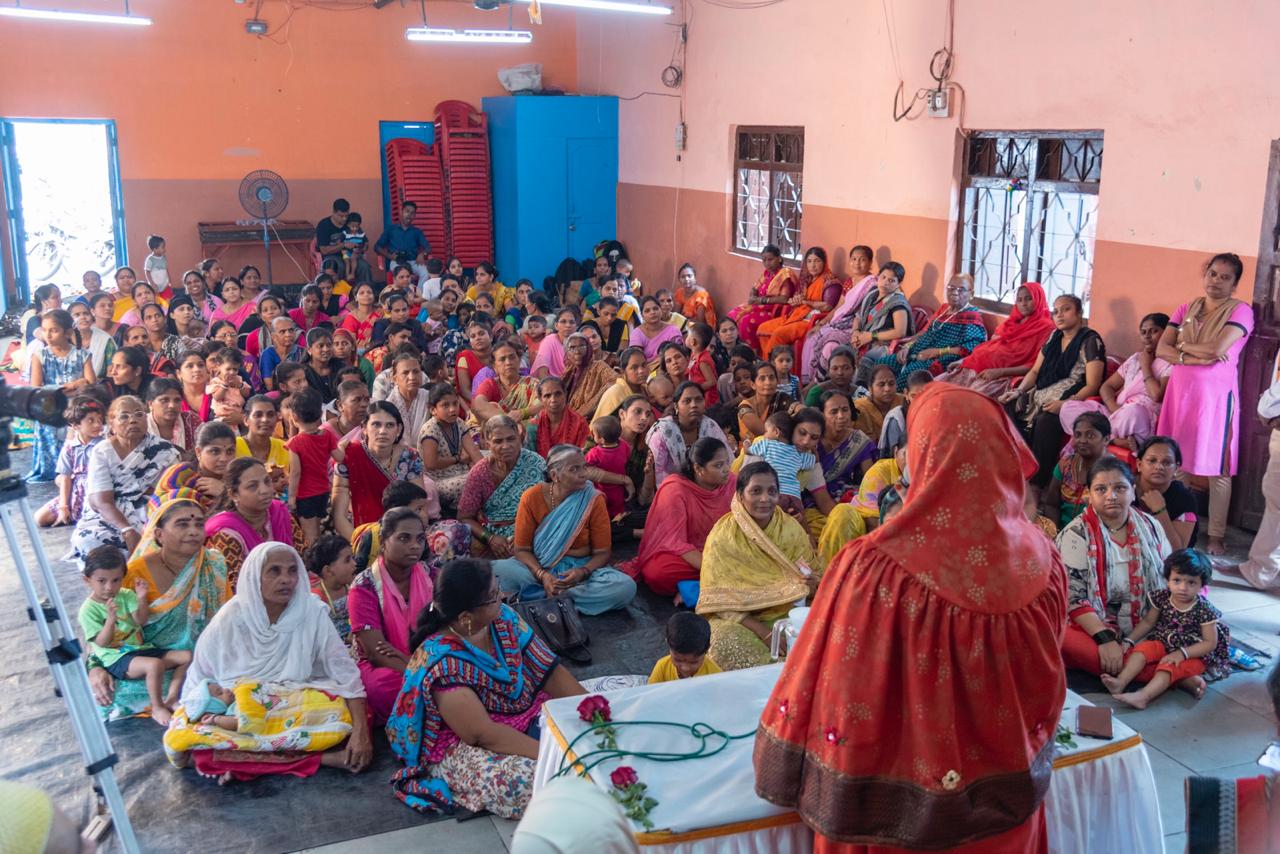 ‘The children like the taste and happily consume the ladoos,’ Mr DSouza said. He said a weight gain of 100 to 150 gms has been noticed in the children over the past six months, in addition to 27% increase in attendance in the anganwadi and overall improved growth in 60% of the children.

28-year-old Abida Shaikh’s haemoglobin level had dropped to six, while normal levels are between 12.1 to 15.1 grams per deciliter. Given that she was pregnant with her fourth baby, low haemoglobin was a major risk factor for her and the baby. ‘In the seventh month of pregnancy, I started getting the ladoos from the anganwadi. By the time I went for delivery, my levels went up to 10,’ said Ms Shaikh, who delivered a baby boy weighing 2.7 kg, said.

Four-year-old Mohammad Al Kamal weighed 1.45 kg at birth and has been underweight ever since. His eating habits and movement has also been irregular. ‘Since he began getting the ladoos in the anganwadi, I have noticed that he is more active. His weight has also increased,’ his mother, Shahjahan Bano, said. Mohammad now weighs 14 kg.

Since Mohammad Zohan (5) was introduced to the fortified supplement, he has been more energetic and his eating habits have improved. ‘He now eats all meals properly. Earlier, he would always refuse to eat on time and skip meals,’ said his mother Saira Bano.