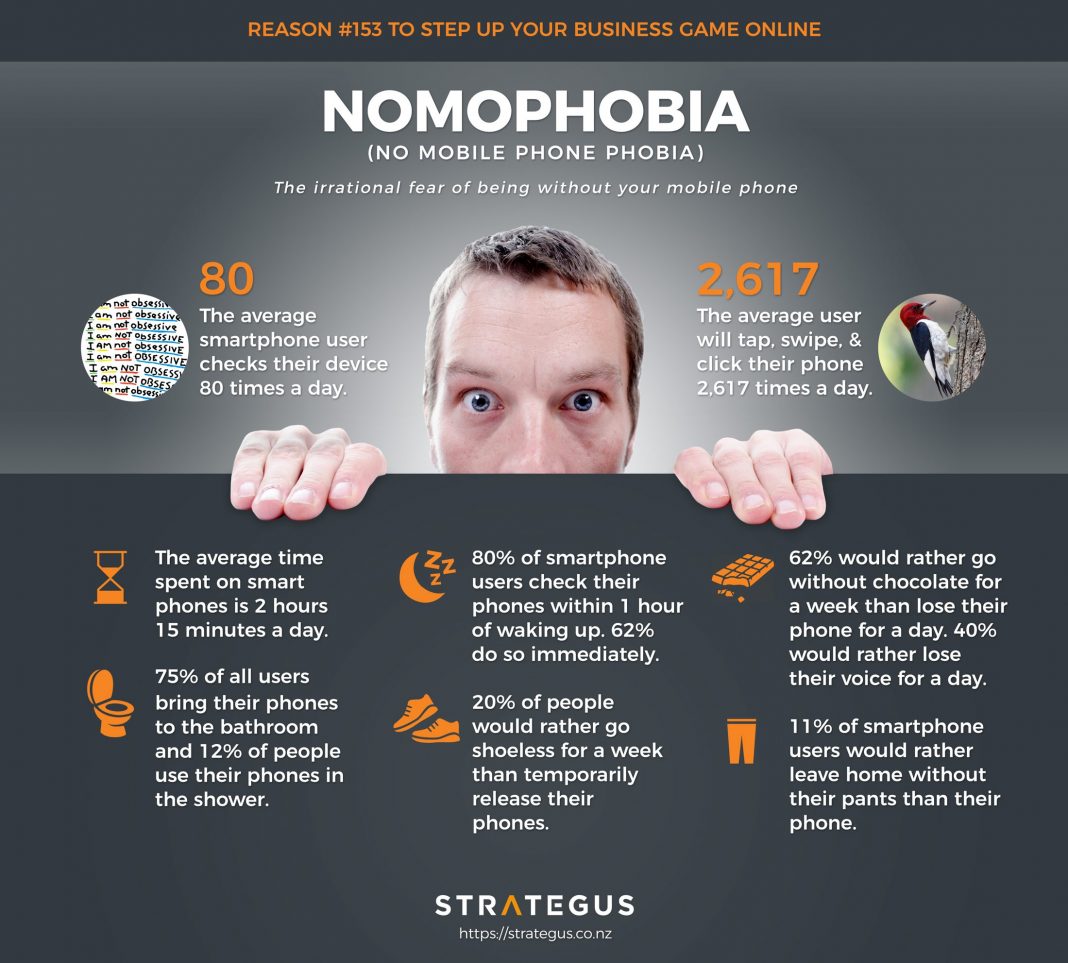 The sermons of Ashara Mubaraka this year were centered on the 30 counsels of Imam     Ali AS to his son Imam Hasan AS. In the second sermon, Syedna TUS elaborated on fears and phobias afflicting us individually and as a society today, impacting our physical as well as mental health and wellbeing. Whilst most of us know of fears such as those of spiders or heights, one that was new to most of those listening was ‘nomophobia’ and it turned out that this was a phobia that almost everyone in the modern world has fallen foul of.

When Syedna TUS mentioned the term almost everyone was metaphorically scratching their heads for a second or two before it was spelled out. Nomophobia is a portmanteau (combination) of ‘no, mobile phone, phobia’. Thus, nomophobia is the fear of being without one’s mobile phone, whether that’s because it’s been forgotten somewhere, out of charge or there is no network reception.

Nomophobia was coined by a British research organisation that found that around 53% of mobile phone users say they are anxious when they lose their mobile phone, run out of battery or credit, or have no network coverage. As the survey dates back to 2010, it is reasonable to assume that the number of people suffering from nomophobia has increased along with the rise is smartphone usage and the constant ‘developments’ in advanced technology.

How do I know if I have it?

If you are affected severely by nomophobia, being unable to access your cell phone for any reason can cause symptoms similar to those seen with other phobias, such as an increased heart rate and/or higher blood pressure.

What is the cure?

As with all other conditions, the first step to curing nomophobia is to recognise it. The second step is to face it. To identify whether or not we have this phobia, let us ask ourselves, are we able to go without our phones for a few days or even a few hours without feeling distressed? If the answer is no, let us make a conscious effort to unplug ourselves from our phones for at least a part of our day.

For instance, in order to spend uninterrupted, quality time with family, we can turn off our mobile notifications once home; choose not to check our phones for messages until after an hour of waking up. Simple changes in our daily routines can help us overcome the overpowering need to be glued to our devices. Moreover, these changes will allow us to assuage our nomophobia with the added benefit of being more immersed in the world and people around us.

In addition to this, let us ask ourselves, am I using my phone to aid in fruitful pursuits? Such as education, fitness, welfare instead of immersing myself in frivolous social media monitoring and mindless entertainment? If not, then we should strive to make use of our phones in these moral ways, without becoming dependent on them.

What should we fear?

Most fears/phobias are unneeded and an unnecessary burden on a person’s life, but there are a few fears that every being should have. In the counsel of Imam Ali AS to Imam Hasan AS he states that one should fear three things:

These three traits encompass all the fears one should have, all other fears/phobias are superfluous and unneeded.