The exhibition, running until July 30 from 10am to 10pm, is organised by the Indian embassy and Radiant Arts (Anwaar al-Funun) – a platform for Dawoodi Bohra artists. It is aimed at showcasing the art of calligraphy as another aspect of cultural exchange between Qatar and India. 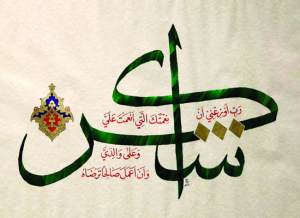 ‘This is the 24th event that we have been organising as a part of the Qatar-India Year of Culture. The talent we have in calligraphy represents a facet of India’s composite culture and also it is another manifestation of the links that India has with the Arab world,’ Indian ambassador P Kumaran said in his speech.

The envoy, along with Dawoodi Bohra artists, led the inauguration of the event that was also attended by Katara’s human resources department manager Saif Saeed al-Dosari, other ambassadors and dignitaries, as well as art enthusiasts and guests at Building 18 (Gallery 2).

The exhibition displays examples of how Arabic calligraphy is preserved and practised in India and how iconic symbols of Qatar such as the traditional dhow, falcon, oryx and horse are celebrated by artists. 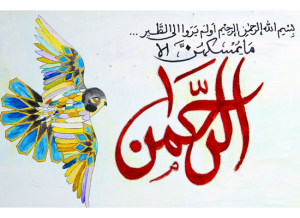 Apart from the calligraphy works, visitors will also have the opportunity to witness the artists’ live demonstrations at the exhibition, described not only as a celebration of the art of calligraphy, colour and vitality, but also of friendship, camaraderie and brotherhood.

‘I want to thank Katara – the Cultural Village again for standing with us shoulder to shoulder in making so many Qatar-India Year of Culture events possible during the course of the year. We look forward to such support in the coming months,’ Kumaran noted.

He added that another event on calligraphy is lined up in the coming months, which will feature old manuscript copies from two major museums in India.

Since its inception in 2016, Radiant Arts has been providing budding and established artists a platform to showcase their work. It hosted several exhibitions, featuring international artists in Nairobi, Kenya and Mumbai, Indore in India.