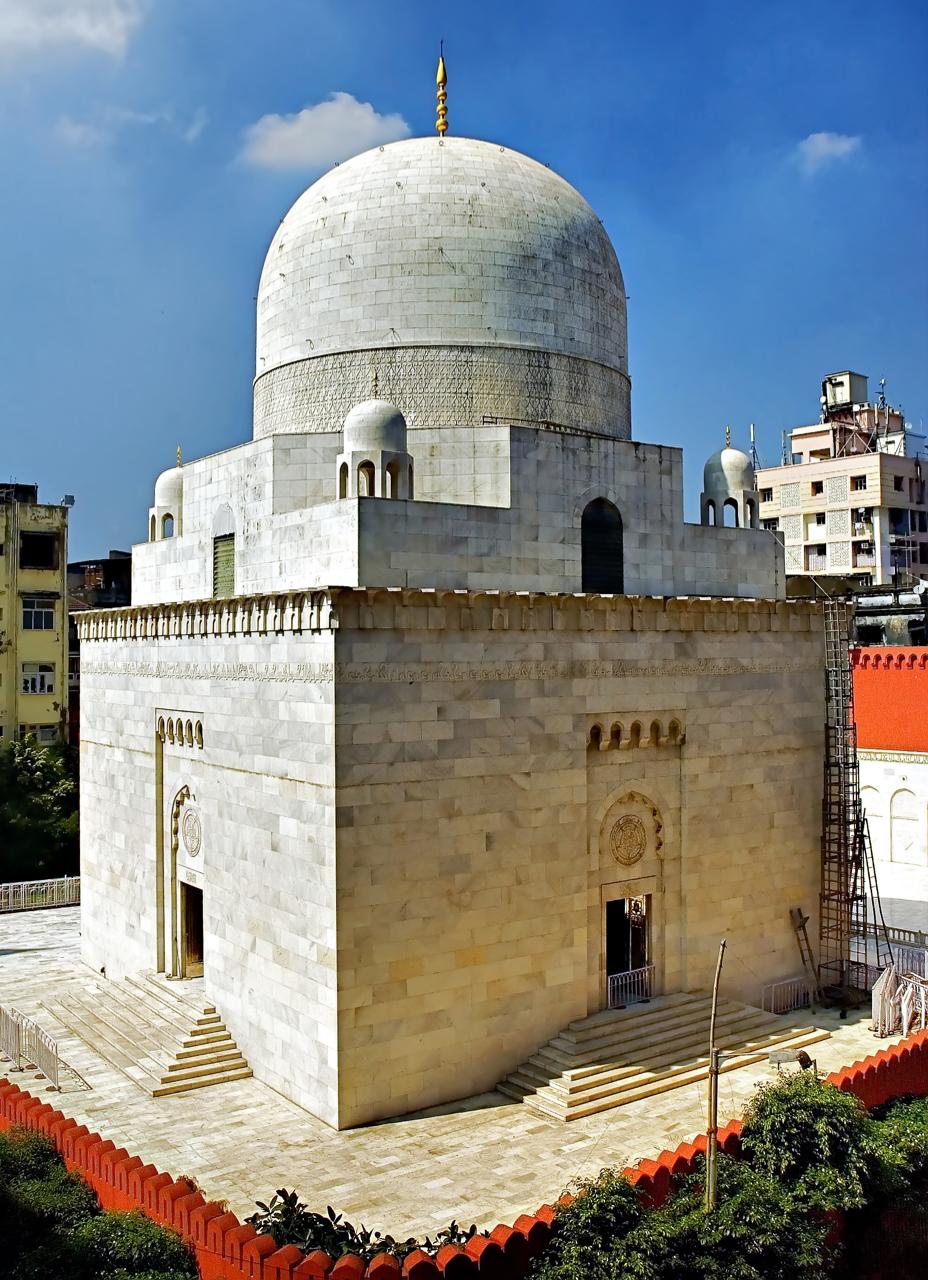 Islands of beauty and peace exist amid the clutter and chaos of life in Mumbai, but like the rest of the city, are not immune to degradation.

Raudat Tahera, a white marble mausoleum that houses the tombs of two spiritual leaders of the Dawoodi Bohras, is one such monument. It is the only one in the world to have the entire Quran engraved on its walls, in gold.

Nestled in a congested lane in Bhendi Bazaar, the mausoleum is vulnerable to pollution from vehicular emissions, heavy construction activity all around and the infamous Mumbai humidity. But a team of architects, engineers and community volunteers have dedicated themselves to maintaining and monitoring it for structural damage.

‘Raudat’ means garden while ‘Tahera’ stands for pure. Opened in 1975, Raudat Tahera is the resting place of the community’s 51st spiritual leader, Syedna Taher Saifuddin and his son and successor Mohammed Burhanuddin, the 52nd Syedna. One of the main shrines of the community, the structure now stands amid the city’s biggest cluster redevelopment project being implemented by the Saifee Burhani Upliftment Trust (SBUT).

In 2002, the opening of the J.J. flyover exposed the structure to vehicular pollution. Thus, when the redevelopment project was being conceived, a large canopy made of a special seamless fabric was put up to protect the mausoleum from additional pollution. 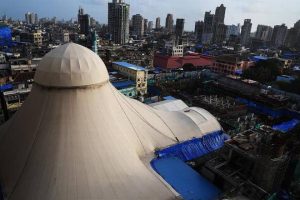 ‘The canopy has helped a lot. Yet, plenty of dust and carbon particles form a layer on the marble. We have to clean it constantly,’ said Mustafa N Hassonjee, architect and founder of Tricone Consortium, that has been involved in Raudat Tahera’s restoration and upkeep since more than a decade. ‘We have charted a detailed plan which involves weekly, monthly, and yearly procedures to maintain the interiors and exteriors of the mausoleum.’ he said.

The white marble used in Raudat Tahera was sourced from the Chosira and Ulodi quarries in Makrana, Rajasthan, and, thousands of years ago, used to build the Taj Mahal. ‘Marble is a soft material. It has different finishes. The marble in this mausoleum has an open pore finish due to which it looks subtle and not glitzy, with a mirror-like finish. But this also means dust settles easily and it is at more risk of staining,’ said Mr. Hassonjee.

The staff climbs a special ladder every week to clean bird droppings, wipe away the dust and carry out a close visual inspection of the structure. Four times in a year, the staff also ‘shampoos’ the structure. This involves using specially-made solvents from a London-based company to deep cleanse the surface.

Raudat Tahera is a simple, elegant structure resembling Fatimi architecture, a style used by the Fatimi imams in Cairo. But there are many intricacies that have gone into its making.

For example, the inner height of the mausoleum is 80 ft above the plinth: the number signifies the age of Syedna Taher Saifuddin when he passed away.

The sanctum of the mausoleum measures 51×51 ft, which symbolises his position as the 51st spiritual leader. The inside of the four walls has the entire Quran engraved in gold and Bismillah engraved 113 times in precious stones. The walls have four doors made of silver.

‘The maintenance of the interior is more complex than the exterior,’ said Mr. Hassonjee. The inner walls had dampened due to excessive humidity, which eventually forced them to install air conditioners sometime in 2011 when the major restoration work of the mausoleum was completed.

The air conditioner units have been concealed behind four windows. The upkeep of the interiors involves dry dusting, cleaning the floors every night and deep cleaning the silver doors every eight days.

Raudat Tahera has a daily footfall of nearly 10,000 people. While people do not wear shoes in the complex, their constant flow, besides the moving around of things exposes the marble to stains and scratches, and it has to be polished every two years. The Mazārāt department of the Dawood Bohra community funds the upkeep and maintenance of the mausoleum along with all other community shrines across the country.

But beyond the routine, is a sentiment that keeps the volunteers going. ‘Raudat Tahera is a sacred and pious place for us,’ said a community member who has volunteered for cleaning as well as crowd management. ‘Most of us render our services at the mausoleum as it brings us inner peace.’