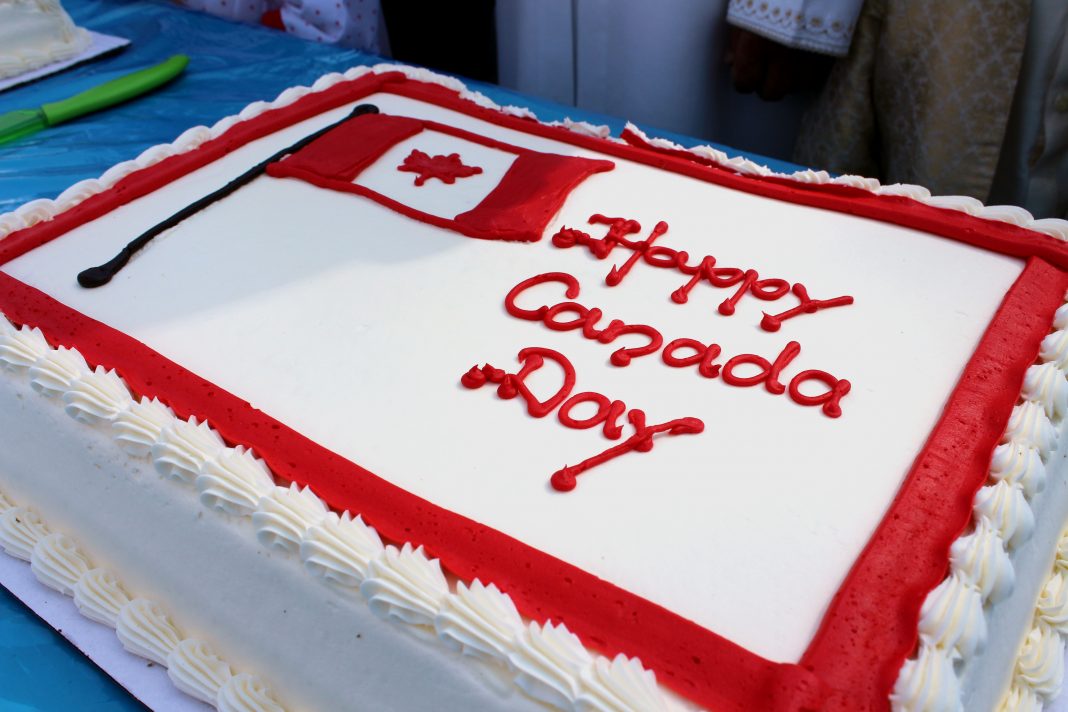 Community members all over Canada celebrated Canada Day with a high spirit of patriotism rooted in faith.

In Mississauga community members held a flag raising ceremony at the newly built and soon to be inaugurated Masjid and community centre. Mississauga Councillor George Carlson participated in the festivities which included a rendition of O Canada by children, followed by a cake cutting ceremony and refreshments.

Councillor George Carlson emphasised the importance of diversity in the Nation and commended the community for its active contribution to the betterment of society. 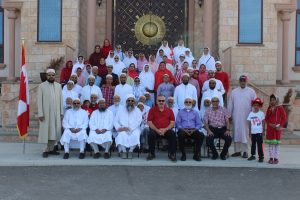 In Calgary the flag hoisting ceremony was attended by Ministers of the Legislative Assembly, Members of Parliament, Imams of Muslim communities and other honoured guests.

Both keynote speakers emphasised the strength of Canada as a peaceful country of polite and law abiding citizens. They applauded the country’s multiculturalism and the importance of maintaining one’s identity. 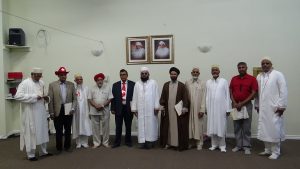 Similarly in Edmonton the event kicked off with a flag hoisting ceremony coupled with the singing of the National Anthem in English, French and Arabic.

Community members attended the event dressed in a variety of Canadian themed patriotic apparel such as scarves, sweaters, socks and pins in an expression of love and gratitude for the country. A short social event followed with tea and snacks being served, allowing community members to engage in dialogue with guests and share their perspectives on what being a citizen of Canada means to them. 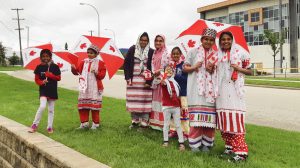 In Toronto the flag hoisting ceremony was attended by the Mayor and councillor of Richmond Hill as well as the Member of Provincial Parliament. Community members attended in large numbers to celebrate the day and the values of tolerance, diversity and inclusiveness inspires. 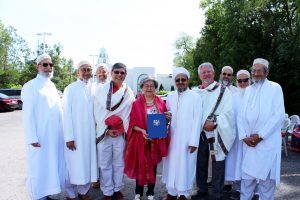