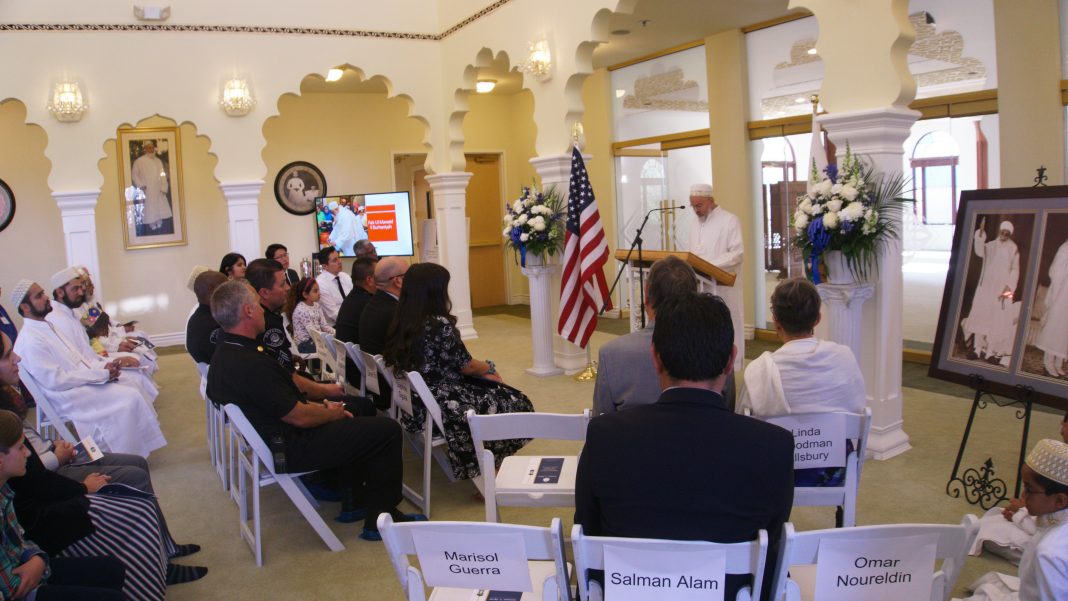 On June 15, 2019, the Dawoodi Bohra community of Orange County, San Bernardino County, and Riverside County proudly welcomed a number of distinguished guests — including various elected officials, local police and fire department representatives, non-profit advocates, and business leaders — in celebration of Eid al-Fitr.  The community sought to express its gratitude to its friends for their continued support.

The evening began with an exhibition about various cornerstones of the community, including information about His Holiness TUS, the annual observance of Ashara Mubaraka, the community kitchen (FMB) and  the community’s commitment to civic participation.

A number of friends of the community offered remarks.  Various elected officials offered certificates honoring the contributions of His Holiness TUS to the betterment of society at large.

In honor of the FMB program which is commitment to providing community members with nutritious meals, the local Bohra community pledged to offer groceries on a regular basis to select students from the neighboring elementary school that live in food insecure households.

The evening concluded with a tour of the Masjid followed by a traditional Bohra dinner. Guests were presented with gifts to express the community’s appreciation, including a customised water bottle with the guest’s name in Arabic and a mini stainless steel tiffin, to remind them of the FMB initiative.