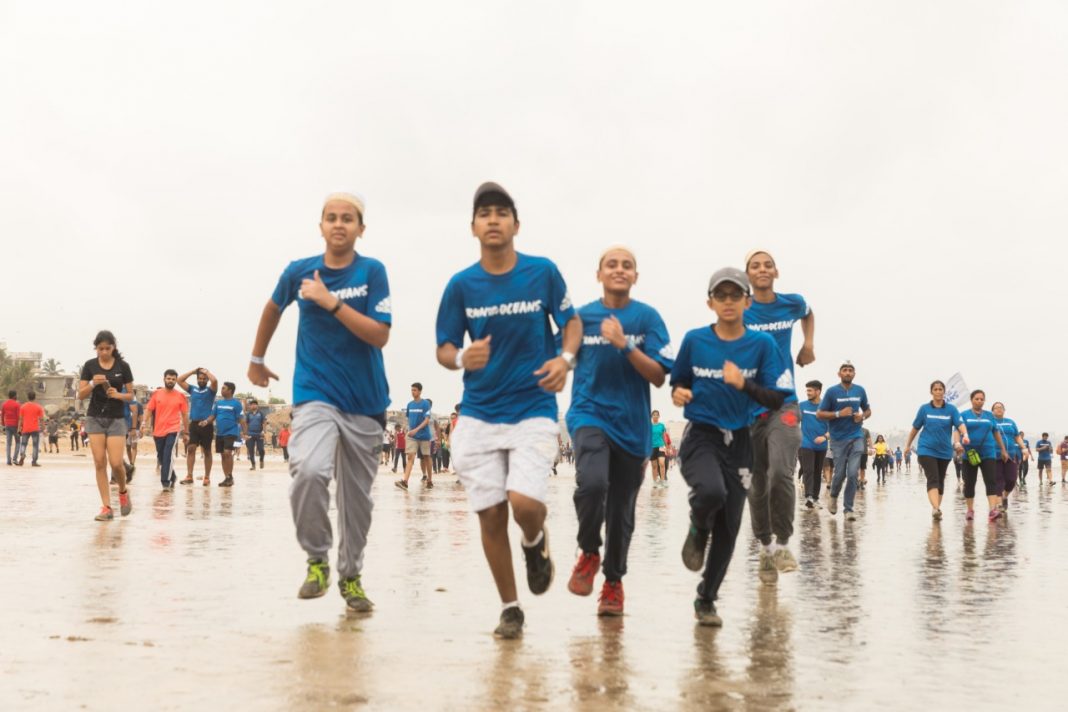 On World Oceans Day this year, Dawoodi Bohras joined over 5000 participants in Mumbai for the Run for the Oceans (RFTO) movement led by the UN Champion of the Earth, Afroz Shah, who has undertaken the world largest beach cleanup initiative in Versova to beat plastic pollution. Every year, on World Oceans Day (WOD), athletes, students and global communities from across the world come out in full force to drive awareness and raise funds to protect oceans.

Launched in 2017, RFTO is a global program led by Adidas in conjunction with Parley Ocean School. Its aim is to draw attention towards the devastating impact of plastic pollution on oceans and marine ecosystems.

Mufaddal Hararwala, a professional marathon runner who took part in the run said, ‘As someone who enjoys running, I regularly take part in different marathons throughout the year. However, this one is special as it aims to contribute towards the cause of empowering future generations to protect our oceans.’

‘For us, a marathon is a state of mind which says anything is possible. This was precisely visible in the ‘Run for the Oceans’ as everyone pledged to take this problem of marine plastic pollution head-on,’ he added

‘Marine plastic pollution is one of the biggest environmental issues in the world today with oceans and their inhabitants at great risk,’ shared Abbas Malekjee, a 33-year-old sports enthusiasts. ‘It felt great waking up early to take part in the run alongside other Mumbaikars followed by the cleaning of plastic waste that has washed ashore the Versova beach.’

The commemoration of World Ocean Day by Dawoodi Bohras is an extension of the community’s global Turning The Tide initiative in collaboration with Burhani Foundation India and Afroz Shah to fight against the menace of plastic pollution. The community, under the leadership of His Holiness Syedna Mufaddal Saifuddin TUS is constantly striving to reduce food and plastic waste in its centres across the world.