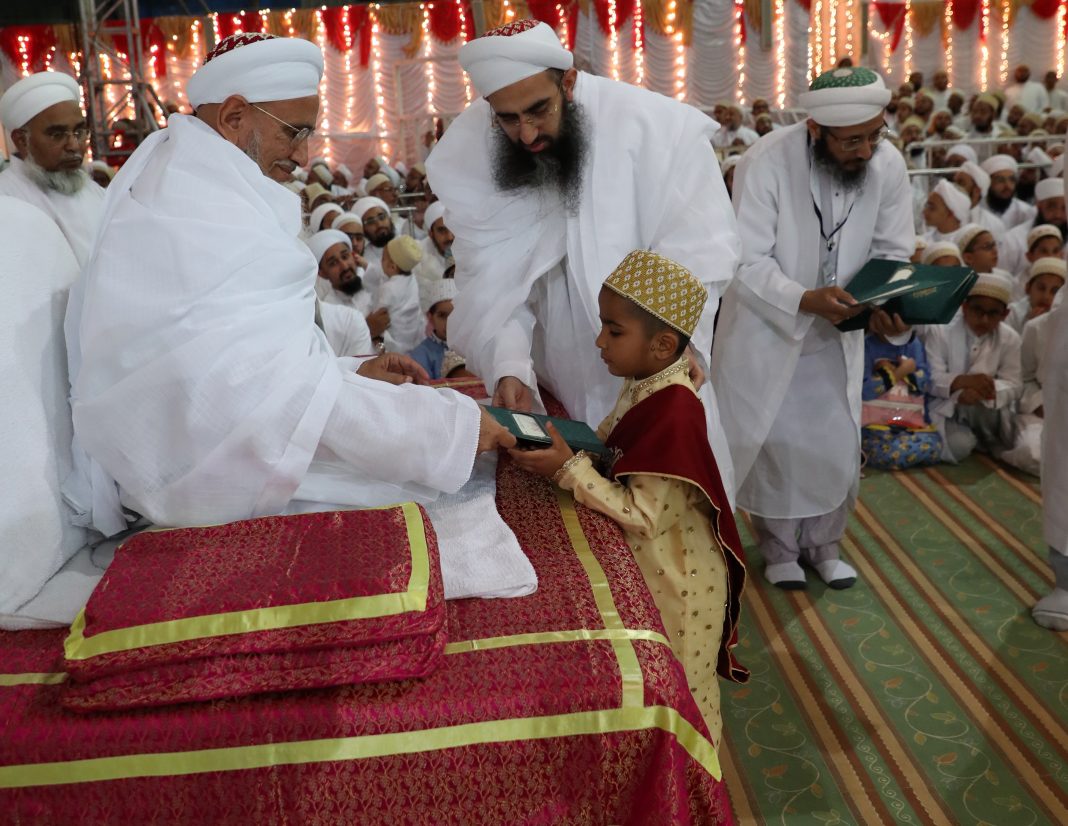 Syedna Mufaddal Saifuddin, the head of the Dawoodi Bohra community, has felicitated a six-year-old boy for ‘memorising’ the Quran at an event in Mumbai.

On the death anniversary of his grandfather Taher Saifuddin, the Syedna felicitated 920 community members at the event in Mumbai on Tuesday, according to a community spokesperson.

Of the 920 people who memorised the Quran, 445 were men and the rest women, with the youngest being six-year-old and the oldest 62.

Rashida Khandwala, the mother of the youngest ‘hafiz’ (one who memorises the Quran) Burhanuddin, said the memorisation process started with her elder son, who is a ‘hafiz’ as well.

‘There was no target in mind but the idea was to keep it consistent…This experience really helped me when I decided to start the process for my younger son at the age of 3,’ she said, according to a statement.

Malik Rasheed, who is the coordinator of the programme, said, ‘Through the robust e-learning platform and various personal and collective coaching programmes, the hifz movement has been well embraced by the community members, both young and old, across different countries and walks.’

Mohammed Shahid Nasri, a member of Idara Dawatul Sunnat, an institution that runs coaching for Quran memorisation among Muslim children, said the Quran not only fosters a sense of fraternity and love among people of Islamic faith, but has the potential to unite all of mankind upon the values of humanity.