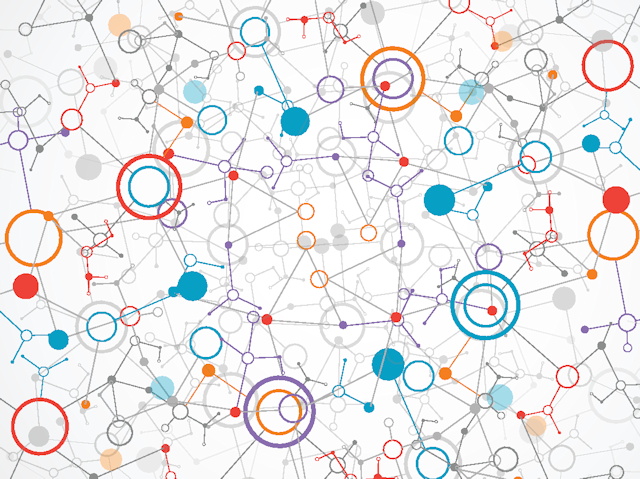 In the age of social media, it is rare to come across anyone who is not well versed with the concept of being connected. Virtual connections have become as ubiquitous as the platforms and devices that support and facilitate them. But are all connections beneficial?

In this article we take a look at the Islamic concept of ‘silat,’ its philosophy and implications in a world overrun by apparent connectivity and connectedness.

The Arabic silat from the root wasala yasilu means to connect, join and unite. A host of Prophetic Traditions elaborate on the concept of silat, its types, the many ways in which it can be exercised and the numerous and varied rewards inherent in its sincere practise.

As a species, human beings are defined by their need and urge to interact and form social bonds. It is an oft repeated maxim that man is a social animal, an expression that does not require much elaboration. When this social urge is combined with the human proclivity to always want more than what one has, and when both these characteristics are enabled and encouraged by a limitless virtual framework of connections, what results is the current social media phenomenon. A place where countless hours are spent to no real avail. An environment in which time tested and honourable qualities such as friendship and friends are reduced to numbers on a screen and wholesome and meaningful interactions are supplanted by endless lines of text and chains of images.

The social media paradox is that the more people are connected, the more depressed, lonely and isolated they eventually end up feeling once the temporary euphoria of the glowing screen dims away. This significantly impacts the quality of life as well as longevity.

Contrast this with the Prophetic tradition ‘Connecting with loved ones prolongs one’s life,’ which outlines the impact and effect of forming meaningful connections as one that enriches and increases longevity. This juxtaposition imparts great clarity as to the true purpose and need for establishing social connections. Not to gratify human vanity with likes and thumbs ups, but to connect on a profound level, share the joys of happiness as well as the burdens of sorrow and to both be there and have someone be there in times of need and hardship.

This is not to say that all forms and usages of social media are necessarily bad. In discussions of this sort as in life itself, it is quite imperative to establish a firm middle ground that incorporates the best of both worlds.

There is no reason why social media platforms cannot be employed to productive ends. After all they are but tools and instruments like all others, which can be employed just as effectively to destroy as they can be to create and sustain. In one tradition, the Prophet Mohammed SAW states: ‘Connect with your loved ones even if only by means of salaam.’ Salaam refers to the traditional Islamic greeting which wishes peace upon the one on whom it is recited. When put in a contemporary context, where loved ones often reside in distant corners of the earth, it becomes clear that the much stressed upon concept of silat can be fulfilled by means of social media even though it may constitute the bare minimum of what is required.

If saying the salaam constitutes the bare minimum of silat, the question we must ask ourselves is what else needs to be done?

In one tradition the Prophet SAW states: ‘The most honourable quality of the Prophets, the siddīqīn (those who adhere to the truth) and the shuhada (witnesses) is visiting one another for the sake of Allah TA. A higher order of silat is established by this tradition which urges physical interaction and contact which undoubtedly constitutes the backbone of a healthy thriving society.

But perhaps the highest order of silat is elucidated in this tradition by the Prophet Mohammed SAW: ‘Verily the best of all excellent traits is to connect with those who have severed connections with you…’ It calls towards a higher order and requisite of silat, and demonstrates its effect in creating a society where individuals act magnanimously, opting to take the high road in the face of discord and disagreement. Acting in this manner inevitably elevates them to better versions of themselves; those who labour to create the society envisioned by Imam ʿAli bin Abi Talib AS when he states: ‘Do good unto those that do you harm.’

It is in constant pursuit of this higher personal and social order facilitated by silat, that members of the Dawoodi Bohra community under the enlightened guidance of their leaders, strive to uphold the practise of silat by all the modern and traditional means available to them. The most relevant expression of which is seen during the annual upliftment drive where community members go door to door in an effort to truly connect with their brothers and sisters on a deeper level and a higher order while trying to do justice to the lofty ideals of silat.