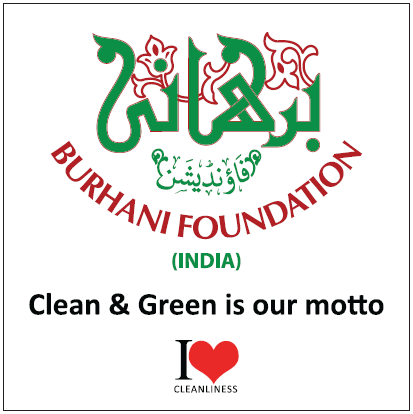 To mark the birthdays of the late and present Syednas, the Dawoodi Bohra community will launch a Biogas app, which would encourage the conversion of waste to energy and creation of a circular economy, so that at each level of waste creation, economy is promoted.

“We are working on the app, and it should be ready in a month’s time. The idea is to take forward the ‘Swachh Bharat’ (Clean India) mission. We have taken initiatives through the foundation, like a tree plantation drive, cleanliness drive, etc.,” said Hatim Bhanpurawala, adviser, Burhani Foundation of India (BFI), which is making the app with the Indian Biogas Association.

BFI was established by the late 52nd Syenda, Syedna Mohammed Burhanuddin, in 1992 to take up environmental causes including waste issues. It has also distributed bird feeders as part of their ‘Save our Sparrow” drive. The present initiative is to give teeth to their cleanliness drive.

“Lately we have taken up the Swachh Bharat mission and how to manage waste from generation to disposal and to ensure that there is zero waste. The app will be free and will be available on Android. We are in the process of upgrading and uploading. The app will provide details of almost 200 feed-stocks like hay, agricultural waste, slaughterhouse waste, cow dung, etc. It will also give details of various levels at which waste is dealt with by people. The app will talk about the functionality of waste, and will tell how much gas can be created from it. Biogas is considered to be one of the cleanest forms of energy,” said Bhanpurawala.

“The app would give geo-located details of neighbouring buyers and sellers, so that they can get in touch with each other and the circular economy can run. We are doing a test run in Varanasi where farmers will get details of fertilisers. The idea is to keep the environment clean and make sure that the circular economy evolves around waste,” he added.