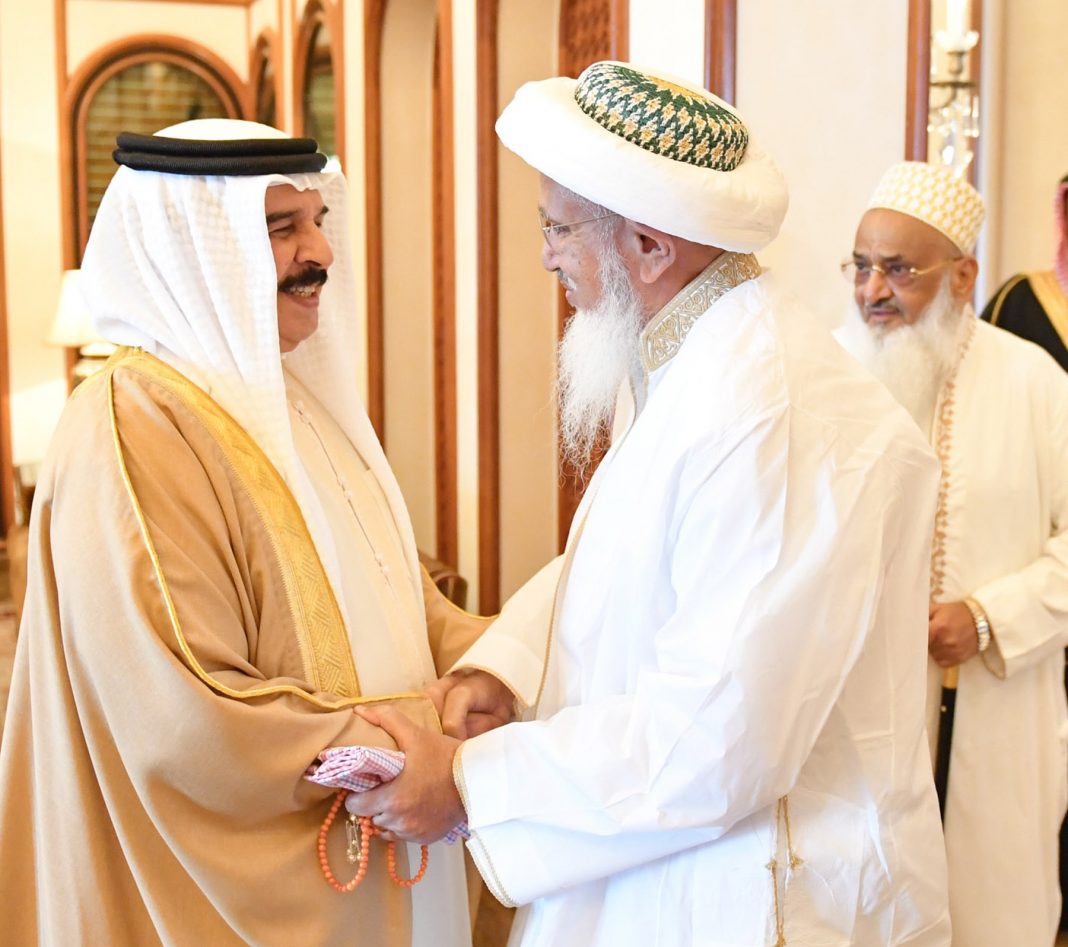 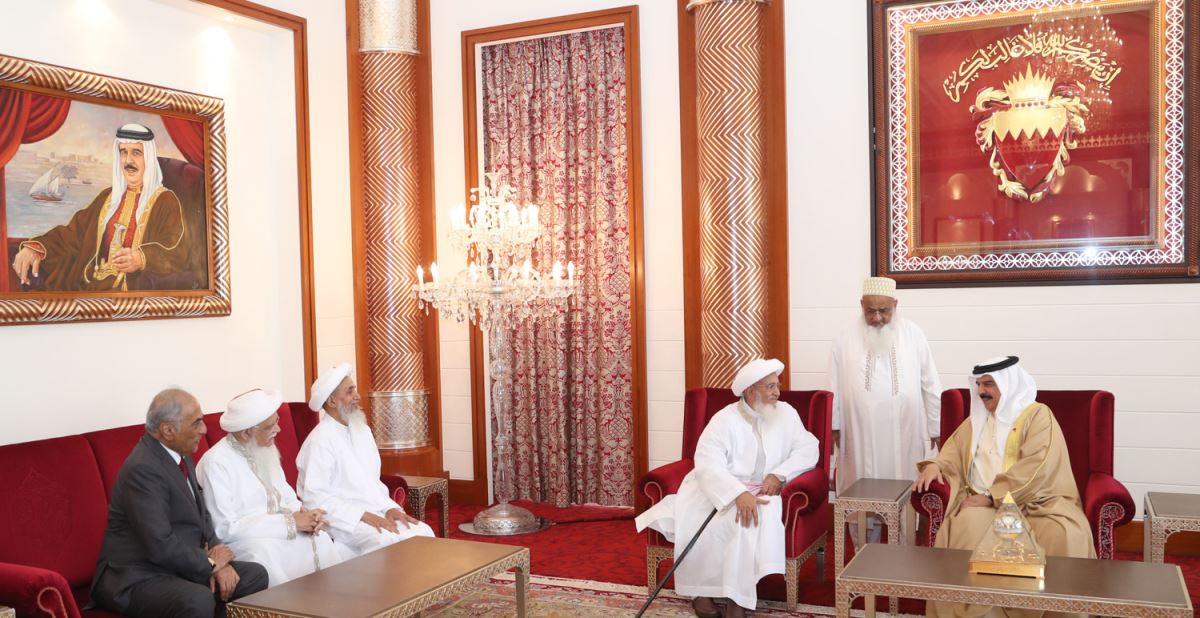 His Majesty welcomed Sultan al-Bohra and the accompanying delegation and praised his good efforts to reinforce values of coexistence, religious tolerance, social solidarity and rejecting intolerance and extremism.

The King expressed appreciation for the Bohra community’s contributions to Bahraini society and development.

His Majesty took pride in Bahrain as a model, at the global level, of friendship, coexistence and tolerance among all religions and sects, stressing Bahrain’s keenness to build bridges of communication with all civilizations and cultures.

He said that Bahrain has taken important steps in interfaith dialogue, service to humanity and promoting religious and intellectual freedom, as well as practicing religious rites. This owed to its commitment to the teachings of Islam, which call towards fairness, moderation, acceptance of others and rejection of extremism and exaggeration.

Sultan al-Bohra welcomed the King’s commendation and hailed the royal care for the Bohra community in the Kingdom of Bahrain.

He paid tribute to the religious freedom guaranteed by the Bahraini constitution and commended the ability to practise rituals without discrimination in a friendly community of cultural and religious diversity.