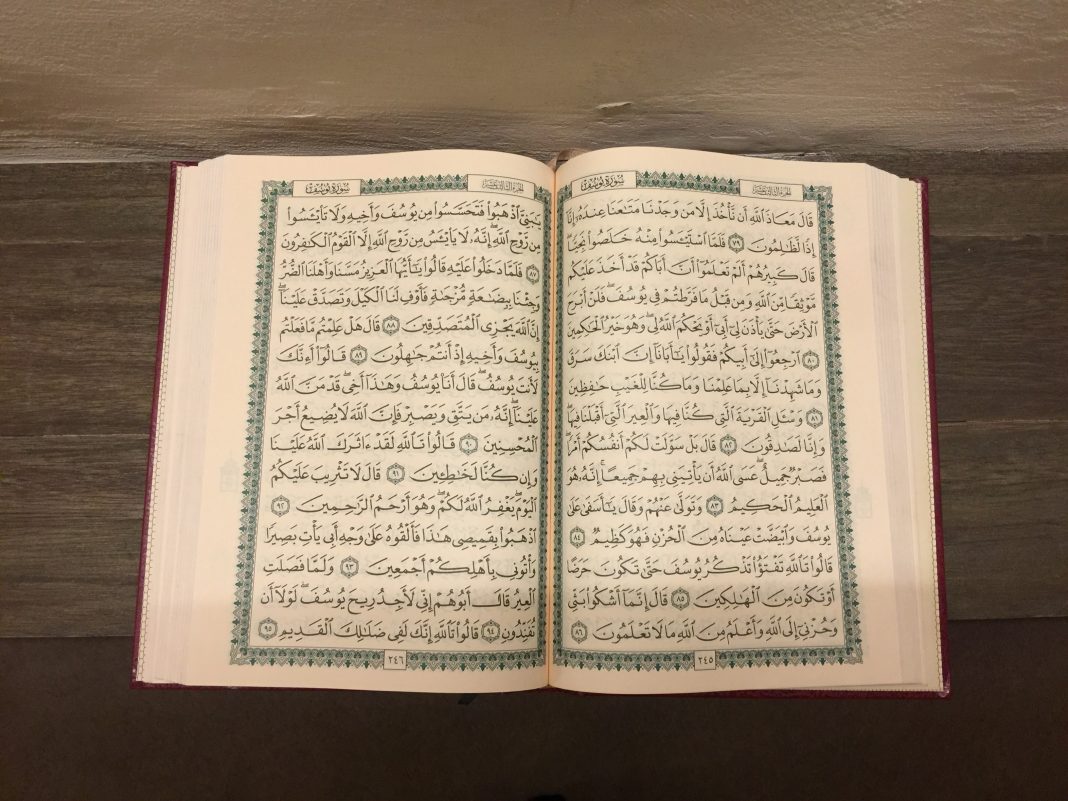 (This article contains links to audio files hosted on SoundCloud. Similarly, technical terms have been linked to a glossary. Kindly click on linked words to listen to the relevant audio or to read more about technical terms.)

The mumineen of Indore secured a clear victory when, on the day of ʿĪd, Syedna Aali Qadr Mufaddal Saifuddin (TUS) declared Indore as the destination for Ashara Mubaraka 1440. The fundamental essence of this victory was highlighted on the day of istiqbaal, the 26th of Dhu-l-Hijjah, when Shehzada Husain bhaisaheb Burhanuddin Saheb (DM) recited the opening verses from Sūrah al-Fatḥ in a heartrending voice that not only heralded the victory of having succeeded in achieving the zikr of Imam Husain (AS) in the city of Indore but also served as a reminder of those memorable instances when Syedna Mohammad Burhanuddin (RA) had visited Indore in 1407 and 1423 and prepared the ground for what mumineen would behold in 1440 of the zikr-e-husain through the nooraani kalimaat of Syedna Aali Qadr Mufaddal Saifuddin (TUS).

Shehzada Saheb (DM) began the tilawah with the istiʿādhah and basmalah reminiscent of Shaikh Muhammad al-Minshawi‘s supple renditions. The tilawah was entirely in the riwayah of Ḥafṣ ʿan ʿĀṣim, the most familiar of all readings especially in the subcontinent. It continued till the fifth verse of Sūrah al-Fatḥ after which Shehzada Saheb recited Sūrah al-Ḍuḥā and concluded the recitation at the end of this sūrah.

The next few paragraphs will discuss certain technicalities of the recitation which include a brief discussion on maqamaat and wuqūf.

You have already heard the short clip of Minshawi‘s opening in the previous link. That is the maqaam of bayāt. This particular maqaam is often employed by the reciters of the Qur’an – the qurrāʾ – due to its three main characteristics. Firstly, this maqaam is quite easy to learn and recite. Students of maqamaat are initially trained in this very maqaambecause, and this is also its second essential characteristic, it is very easy to transition into other maqaams such as ṣabā, ʿajam and even nahāwand from this maqaam due to its proximity with all other maqamaat. The third characteristic is the versatility of this maqaam. A reciter who has mastered this maqaam will be able to extract numerous tones and will even be able to base his entire recitation on this single maqaam. This maqaam tends to attract the conscious towards the Qur’an and causes the listener to contemplate its verses.

Shehzada Saheb (DM) began his recitation with bayāt quickly transitioning into several interesting intonations. Notable was the nahāwand that stretched across the first five verses of Sūrah al-Ḍuḥā, yielding a spirited response from the audience. The recitation ended with a brief return to bayāt followed by the kalimah al-taṣdīq.

Coming to the wuqūf, they play an important role in defining the quality of recitation especially in terms of the enhancement of meanings or suppression thereof. In this context, Shehzada Saheb (DM) made an unexpected waqf at the word “li-yazdādū” in the second verse of Sūrah al-Fatḥ. Stoppages like these cause the listener to pause and contemplate the words of the Qur’an.

Carrying forward from last year, had these verses (of Sūrah al-Fatḥ) been recited in the riwayah of Khalaf ʿan Ḥamzah, the following changes would have been noticed in the recitation:

Technicalities apart, an oft repeated question pertaining to the basics is regarding the difference between tarteel and tajweed of the Qur’an. Perhaps the following example might serve to explain this difference in simple words: A wall that stands with exposed brick and mortar represents a recitation that is bereft of aḥkām and makhārij. Once coated and painted, it comes to represent a complete recitation that is technically sound, albeit bereft of melody and tone. Lastly, a painted wall decorated with embellishments is like a recitation with tajweedwhich not only includes the features of tarteel but adds to that and creates a perfect recitation in line with the hadith where Rasulullah (SAW) proclaims: “There is nothing more beloved to me than the melodious recitation of the Qur’an.”

This page will be updated daily with general discussions on Tajweedrevolving around the tilawah of Shehzada Husain bhaisaheb Burhanuddin Saheb (DM). Stay tuned for updates.